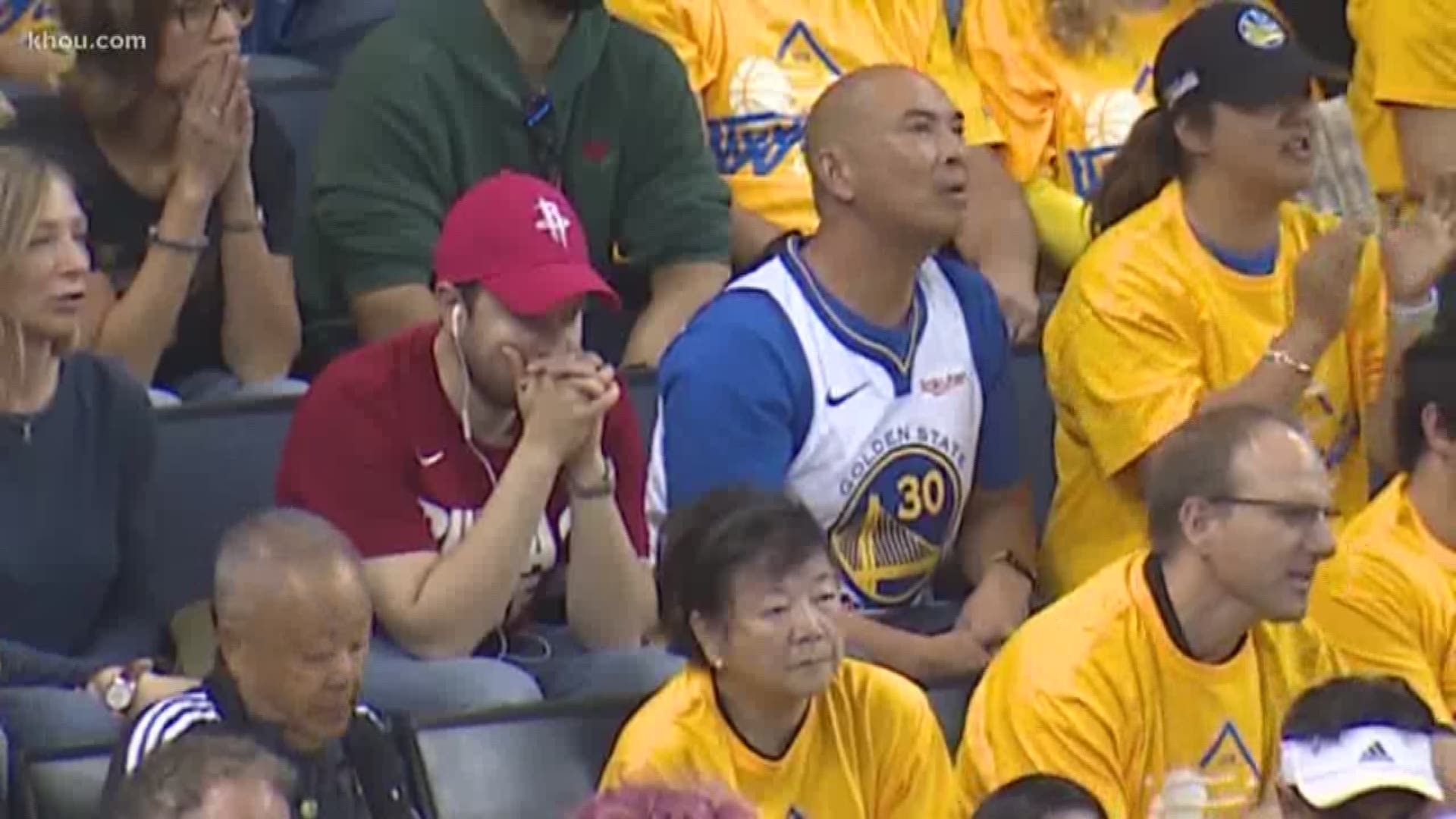 OAKLAND, Calif. — Sitting in section 107 at Oracle Arena, there’s a Rockets fan named Carl Fudge with one interesting back story.

“For the Rockets to play not that great, but to be still so close at the end with a chance to win? It’s frustrating,” said Fudge.

He is from the UK. When I first met him, he’d just found a better seat for warmups.

Now, living and working at a design firm in San Francisco, Fudge has the perfect Twitter handle: @sf_rocket.

His profile notes he’s highlighting "the lonely and painful existence of a Rockets fan living in the Bay Area."

“I’ve lived here five years; we’ve played (Golden State) four out of those five years and haven’t won yet,” notes Fudge. “I’m hoping we can finally do it.”

If the Rockets do finally win a series against Golden State at Oracle, you can bet Carl Fudge will be there wearing red in a sea of golden yellow.