With Coach K retiring after the season, Sanders cannot help but thank the legend who helped him win a National Championship. 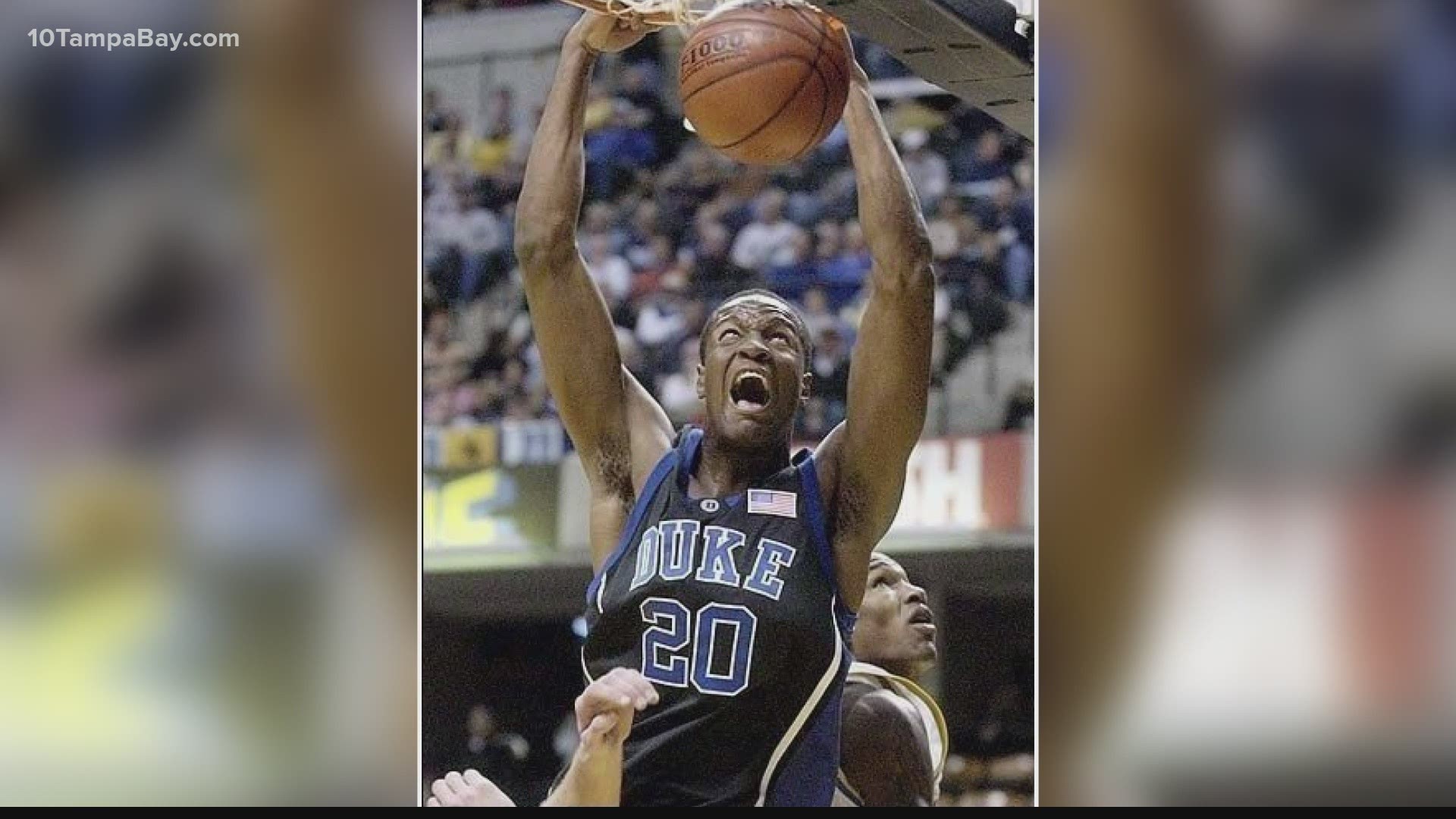 He just didn't know the clock would be ticking during the upcoming season.

"You would think me being on the inside [I would know], but I guess I'm not as inside as I thought," the former Tampa Prep star said with a laugh.

Sanders said Duke was the first school to check him out his freshman year in high school. He remembers Tommy Amaker, now Harvard's head coach, having a big impact on that process.

"Coach gets you downstairs in that basement and starts showing you those highlights of Christian Laettner, Grant Hill, (Steve) Wojciechowski and all those guys -- just the tradition," Sanders said.

The 2001 National Champion didn't understand at the time how much the game of basketball would affect his life when picking up the sport as a young kid.

"People older than me were telling me, 'you're going to learn so much stuff that you're going to be able to use again,' you know, in real life. I was like, 'what does putting a little ball in a little round hole have to do with anything else I do in my life other than playing basketball?' Learning how to focus in on things you want to pursue, making sure that you take care of personal responsibility. You know, that was one of the things I really got from him."

The 41-year-old financial representative for Northwestern Mutual in Tampa teaches these same lessons to his clients.

He will admit, he is nervous about what the program will look like with his former coach gone, but he has all the faith in Jon Scheyer to get the job done.

"I think he's going to make an excellent replacement coach. I mean, who wants to follow K? Scheyer says me. Hey, he's got my support."

Taking a look back at Coach K’s legacy, while looking ahead to a new era with Jon Scheyer & @DukeMBB.

Thanks to @_JJ_Jackson_ for discussing Duke’s newest hire and Krzyzewski’s eventual successor.

With Coach K planning to enjoy retirement with his grandchildren, Sanders cannot help but say thank you.

"Coach, I love you for everything that you taught me, you know, not only the basketball side of everything but everything else in life that I used to better myself as a person and my other profession now. You know, all that comes from that guy -- having tough skin and wanting to be excellent."

Sanders has one ask and it does not require rooting for the Blue Devils.

"He's America's coach. It's OK to boo us as a team and not want us to win. But I mean, my goodness, that guy. You've got to tip your hat to that guy."