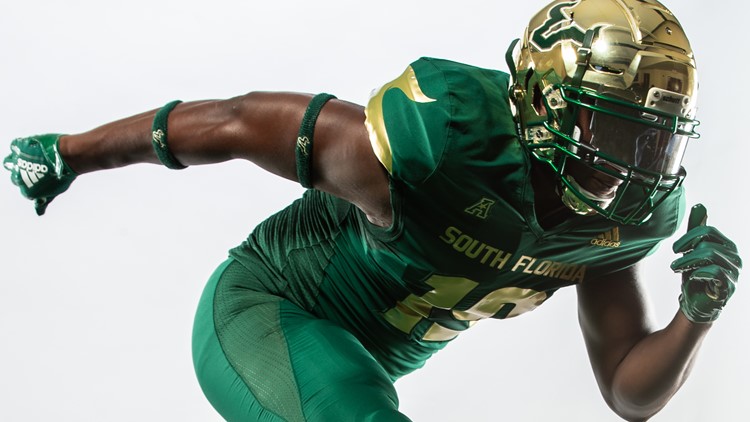 The university announced Tuesday it would wear the new Adidas WVN A1 uniforms during its season-opening game against Wisconsin on Aug. 30 at Raymond James Stadium.

"We look forward to the Bulls looking great and feeling great in the new lightweight, breathable material," USF Vice President of Athletics Michael Kelly said in a news release.

USF will be the only team in the country wearing the WVN A1 uniform, which is the lightest uniform Adidas has created.

The Bulls will wear a green uniform at home and white on the road. Both uniforms will feature a gold horn on each shoulder using a material developed in Israel. The reflective metallic gold material also highlights numbers and lettering on the uniforms.

USF Athletics announced an eight-year partnership with Adidas in December 2017.