Washington will host their first playoff game since 2016 with its win against the Eagles. 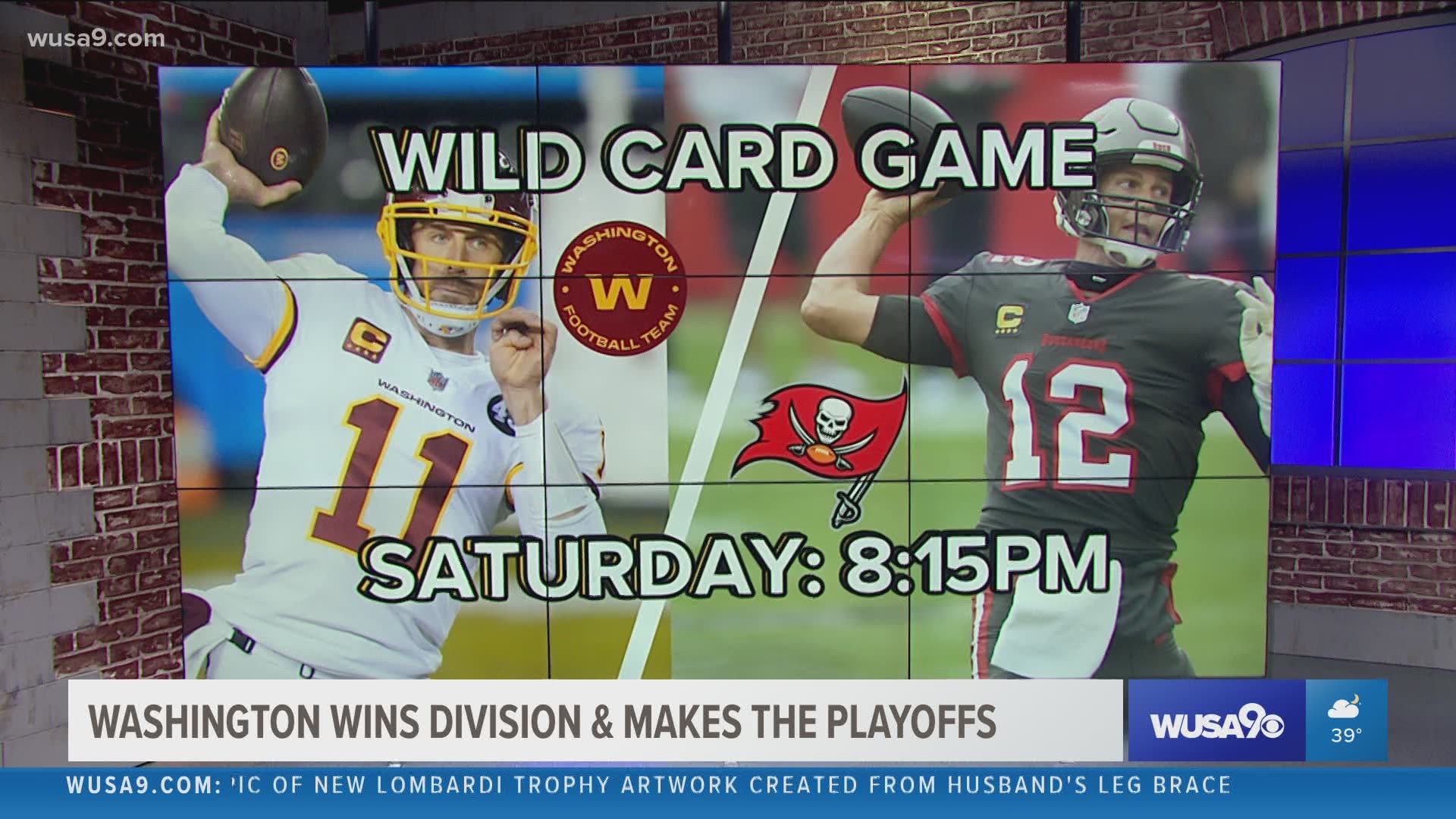 PHILADELPHIA — The Washington Football Team beats the Philadelphia Eagles to claim the NFC East title and a spot in the NFL Playoffs for the first time in five seasons.

Washington took the lead going into the half 17-14 with a touchdown by Alex Smith to tight end Logan Thomas.

It was an ugly game that saw multiple turnovers from both teams, but a field goal in the second half by kicker Dustin Hopkins gave Washington a 20-14 win.

While Philly had the ball last, but it could not sustain anything on offense after it pulled quarterback Jalen Hurts from the game and put in back up Nate Sudfeld. former starter Carson Wentz was inactive for the game.

Smith didn't perform great with two interceptions but found a way to will his team to enough points to win.

The 36-year-old Smith began the season as the No. 3 quarterback, a remarkable comeback following 17 surgeries on his leg and a life-threatening infection put his career in jeopardy. He led Washington’s turnaround, going 4-1 before missing the previous two games with a calf strain.

“A lot to be grateful for, starting with the guys in the locker room," Smith said. “Excited for them. We had some bumps early, kept fighting and here we are.”

The win over Philly means it's the first time since 2012 that Washington has beat both the Philadelphia Eagles and Dallas Cowboys twice each in the same season.

“We feed off their energy,” Smith said about a ferocious defense led by rookie Chase Young, who had a fumble recovery in the second half.

It's been a crazy season for the Washington Football Team.

That was after Ron Rivera battled cancer for half the season, the team went through a name change, and the franchise faces sexual misconduct allegations that led to the firing of multiple front office personnel.

Washington will host the Tampa Bay Buccaneers at FedEx Field next weekend. It is the first playoff game that Washington has hosted since 2016.

Antonio Gibson, who had 1,014 yards on Sunday against the Eagles, just became the first rookie to rush for 1,000 yards since Alfred Morris in 2012.

This is the 13th time #WashingtonFootball clinch in their season finale. Washington is 4-0 against Eagles (9-4 overall) in such games. @wusa9 @WUSA9sports

RELATED: 'He just showed me how strong he is' | Stephanie Rivera reflects on husband Ron Rivera's cancer fight