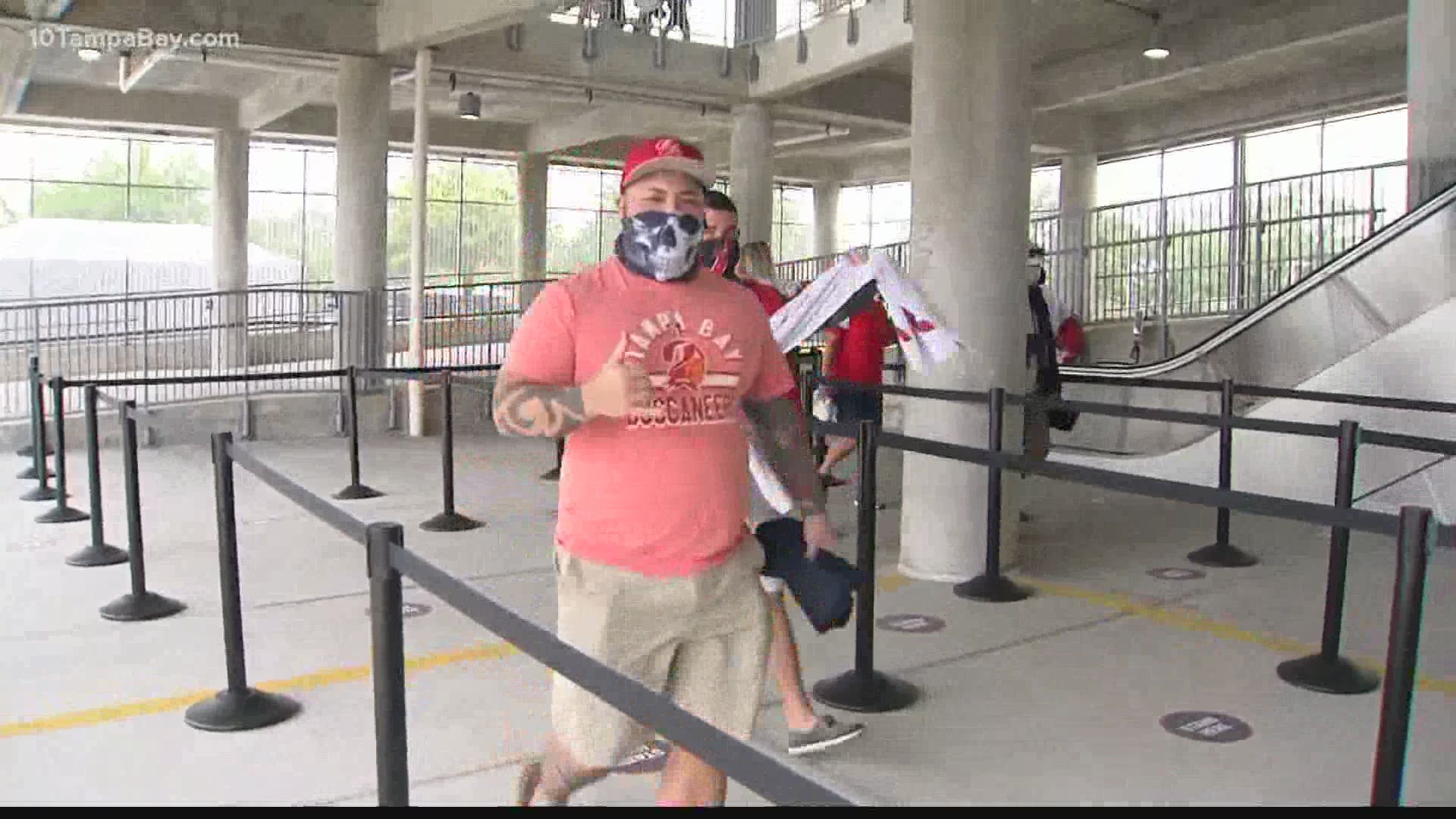 TAMPA, Fla. — Tom Brady threw for 369 yards and five touchdowns, all to different receivers, helping the Tampa Bay Buccaneers rally from a 17-point deficit Sunday to beat the Los Angeles Chargers 38-31 for their third straight victory.

With several members of the newly crowned Stanley Cup champion Tampa Bay Lightning cheering on from a suite at Raymond James Stadium — along with the Cup — Brady shrugged off throwing an early interception returned from a touchdown to keep the Bucs (3-1) in first place in the NFC South.

Lord Stanley is in Ray Jay! Fans on their feet as the #Bucs recognize the Cup champs.

Rookie Justin Herbert completed 20 of 25 passes for 290 yards and three touchdowns for the Chargers (1-3), who’ve lost three straight with the sixth overall pick in this year’s draft playing earlier than expected because of injuries to Tyrod Taylor.

Michael Davis intercepted Brady’s sideline throw intended for Justin Watson and returned the ball 73 yards for a first-quarter score and a 14-7 lead. LA extended the advantage to 17 with a 19-yard TD pass to Donald Parham Jr. and Michael Badgley’s 53-yard field goal.

The game swung dramatically in the final minute of the opening half. Ndamukong Suh forced a fumble inside the Los Angeles 10 with the Chargers attempting to run out at the clock. Linebacker Devin White recovered, setting up Brady’s 6-yard TD to Evans, who finished with seven catches for 122 yards.

The Bucs drew closer on Brady’s 28-yard scoring throw to O.J. Howard, and Tampa Bay took a short-lived 28-24 lead when the three-time league MVP hit Miller on consecutive plays for 44 yards and 19 yards to get the ball into the end zone again.

Herbert, who threw a 51-yard TD pass to Tyron Johnson in the first half, put the Chargers up 31-28 with a scintillating 73-yard strike to Jalen Guyton, releasing the ball under heavy pressure.