“I think we’ll even see a better Tom Brady this year,” Christensen said. 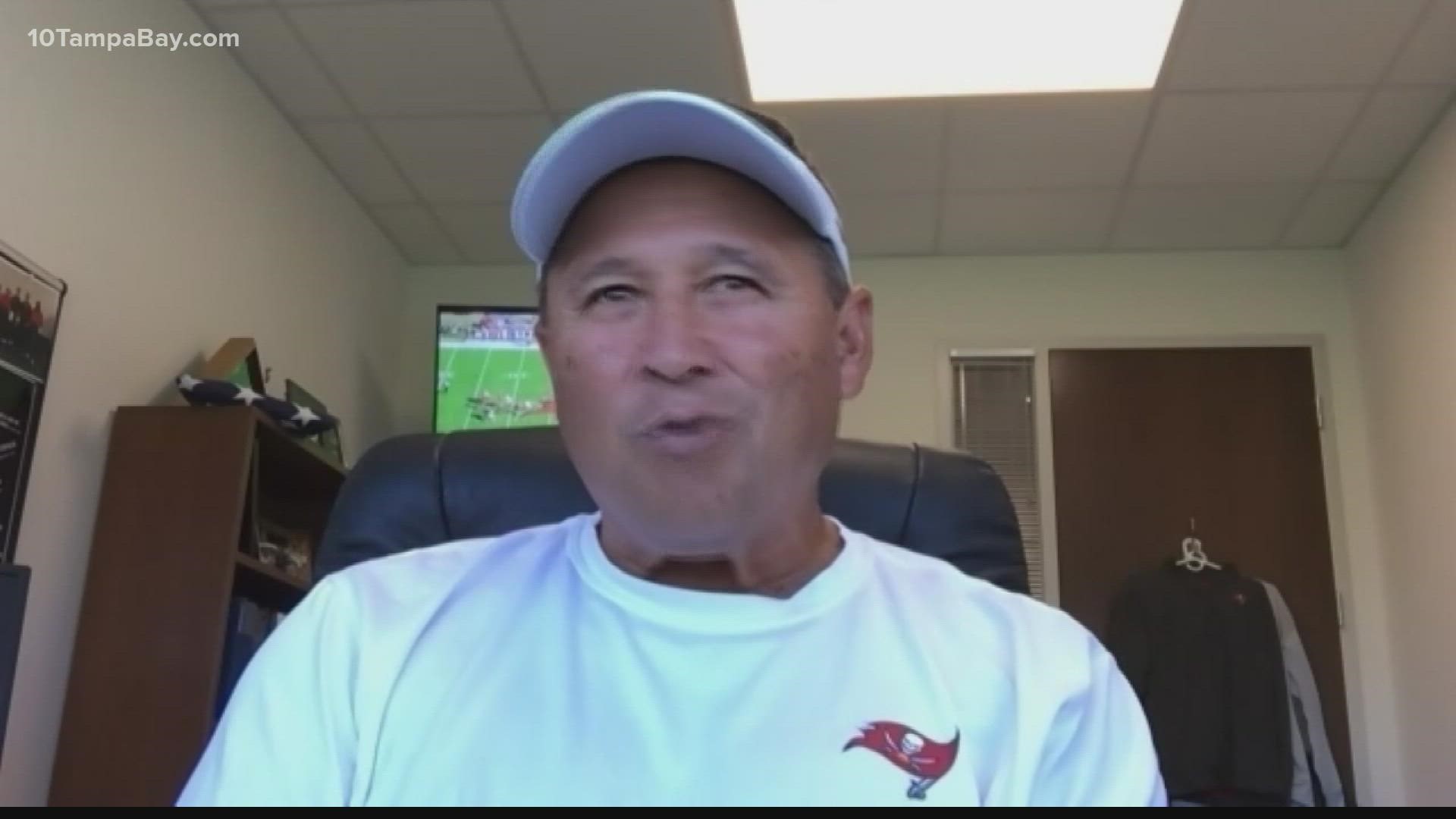 TAMPA, Fla. — The Bucs open the season at home against the Dallas Cowboys Thursday night, ready to defend their Super Bowl title.

Bucs quarterbacks coach Clyde Christensen says the team’s ready to rock Ray Jay and have the fans cheering them on.

“The college weekend last weekend showed you how much the home crowd influences games and I think that’s not a small factor. So we need the place rocking. I think it’ll be a big advantage for us and I think it should be really fun and I’m excited about the fans getting to see Tom play and the Bucs play,” Christensen said.

At age 44, and with a nursed MCL injury behind him, Coach Christensen says Brady looks better than ever, “if you were at practice yesterday, you would have seen a guy, you would have said this must be one of the young guys trying to make the team and get a jersey for the ball game. Just the way he approaches, he loves his job.”

Christensen says, “he’s bouncing around, he’s healthy. I think he feels good and I don’t know that he ever felt just great last year.”

“I think he goes into this season really feeling healthy and fresh, so I think we’ll even see a better Tom Brady this year,” he continued.

Brady's hard-working nature and positive attitude have been contagious on the field. Coach Christensen says his leadership mentality is what players rely on during struggles.

“There will be some down times in this football game, where you get in the huddle and all of the sudden you look into Tom Brady’s eyes and you go okay, we’re going to be okay. We’re going to have a chance to win this thing and it doesn’t matter what the score is or what the circumstances look like.”

The team knows there’s added pressure with expectations this season, it’s Champa Bay after all, “what the Lightning did was pretty darn special and extremely hard to do. I don’t care how much talent we have, this is hard to do and that’s a worthwhile bar to chase,” explains Christensen.

He says it will hopefully be an added driving force for the players.

“Tampa Bay’s hot and the Lightning have put a lot of pressure on us and I’m more worried about winning just one game Thursday night, but everyone keeps sending me pictures of our hockey team and man, that was a bunch of fun. I was there when they clinched and I actually texted and sent a picture of them all celebrating saying, ‘this sure looks worth it. Hope we’re willing to work that hard to make this happen in football again, too because it sure looks worth it.’”

For another year, Christensen is also taking on the role of team chaplain and says that job gives him an added chance to make an impact. He wants the players to take their winning mentality into their personal lives and the Tampa Bay community.

“If all they have to show for their time in Tampa is just a ring and the rest falls apart, then that would be a great failure. We really want to see them develop as men, and husbands, and as fathers, and community people and that’s extremely important to the whole building. Winning football games doesn’t take a backseat in any way, it’s what we’re called to do but certainly, it’s that, plus.”

RELATED: What you need to know ahead of Bucs opening day

RELATED: How to download NFL OnePass, your digital key to NFL events