Tampa Bay is the NFC No. 5 seed, while Washington took home the NFC East Championship. 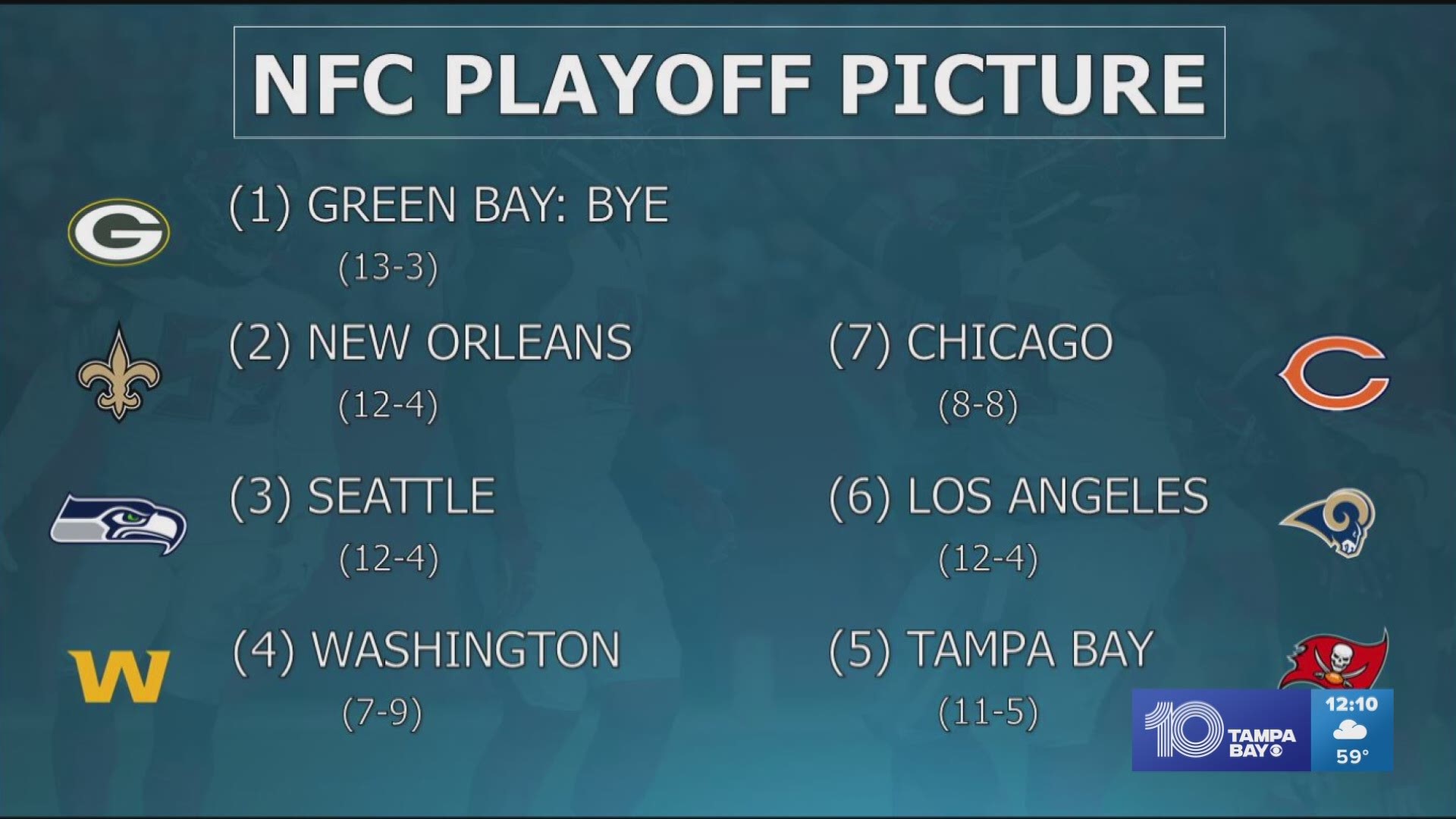 TAMPA, Fla — It's official! The Tampa Bay Buccaneers will take on the Washington Football Team at 8:15 p.m. Saturday in the NFL's Wild Card round.

The Bucs will play on the road on Jan. 9, making their way to FedEx Field. Saturday's showing will mark the team's first playoff appearance in 13 years.

In 2007, the Buccaneers fell to the New York Giants 24-14 in their wild-card game. Ever since the team has been chasing its next playoff berth-- until now.

Tampa Bay has been playing well leading up to this weekend's game. First bulldozing the Detroit Lions 47-7 in a record-setting game, followed by a regular season-ending win over the Atlanta Falcons.

Defeating Atlanta put the Bucs 11-5 for the first time since 2005 in addition to being only the fourth time in the team's 45 seasons that they have won 11+ games.

As for the No. 5 seeds continued playoff future? It all rides on their performance. Who knows...maybe the Bucs can pull off playing in a hometown Super Bowl. Only time will tell.