The Buccaneers continue their quest to play in a hometown Super Bowl. 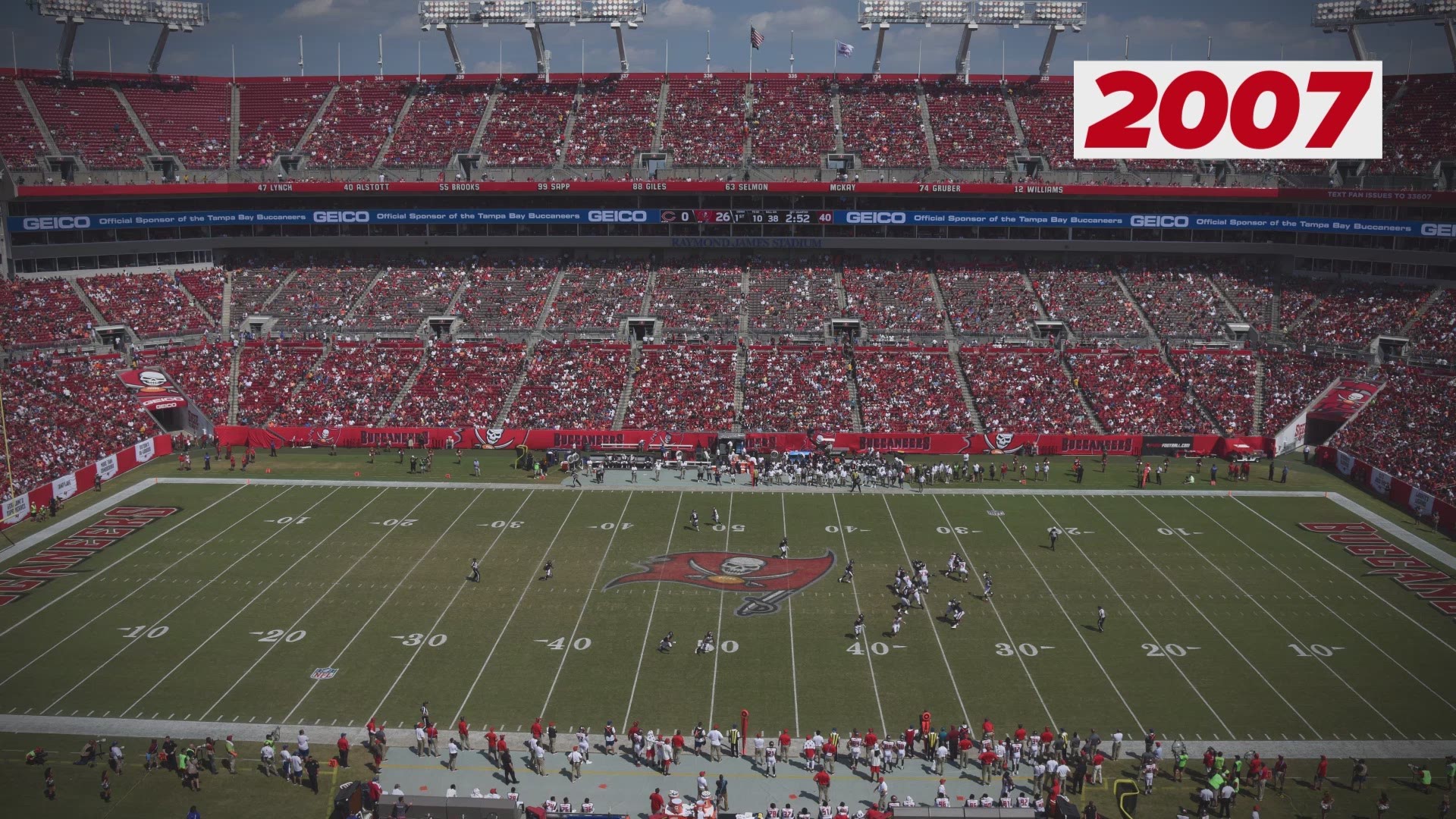 TAMPA, Fla — After a close game Saturday night, the Bucs managed to come out of their NFL Wild Card game on top.

Fans were on the edge of their seats all night as they watched four quarters of back-and-forth touchdowns and field goals between both teams.

In the end, Tom Brady was able to find Fournette, Brown, and Godwin, making enough touchdowns to hold out the win. But the Buccaneers had missed opportunities when going for extra points.

Tampa Bay’s wins already marks a better performance than their last postseason showing in 2007. The Bucs will host the Los Angeles Rams next week if the Chicago Bears beat the New Orleans Saints. If the Bears lose, the Bucs face the Saints on the road.

Heading into tonight, the Bucs were coming off of a two-game win streak after bulldozing the Detriot Lions to gain their place in the playoffs and then clinching the No. 5 seed in the NFC after putting up 44 points against the Falcons.

It's also been a record-breaking year for the team as they went 11-5 for the first time since 2005 in addition to being only the fourth time in the team's 45 seasons that they have won 11+ games.

Tom Brady set a new record for touchdown passes as a Buccaneer and wide receiver Mike Evans broke his own team record when he scored his 13th touchdown reception of the season.

There were no fans in the stands for Saturday night's game due to COVID-19 restrictions.

Washington answers with another touchdown. Bucs lead by 6 points. pic.twitter.com/tjoPhFcbRQ

Brady hands off to Fournette to get the Bucs their next touchdown. The score sits at 28-16.

Succop puts one between the goalposts to help build out the Buccaneers' lead. The score sits at 21-16.

It's now a 2-point game after a Washington touchdown from Taylor Heinicke.

Buccaneers turn over the ball to Washington with just over five minutes left in the third quarter.

A field goal from Washington tightens the gap. The score sits at 18-10.

Washington closes the gap with a field goal. But, the Bucs still hold an 8 point lead. 💪#NFLPlayoffs #NFL #SuperWildCardWeekend pic.twitter.com/HUap26JArw

Another field goal for the Bucs extends their lead 18-7.

Buccaneers extend their lead 15-7 with a touchdown by Chris Godwin. The team attempted to make up their extra point but were unsuccessful.

ANOTHER ONE 🏈! @Buccaneers extend their lead 15-7 after Brady finds Godwin for the team's second touchdown of the night. https://t.co/veN2MwCU0t

J.D. MCkissic puts Washington on the board. The Buccaneers now lead by two.

Washington closes the gap with a touchdown by J.D. McKissic. #GoBucs still lead by 2!https://t.co/dbmQJT8DyY pic.twitter.com/HhSIbWM10E

Touchdown Bucs! Brady throws to Antonio Brown to build the team's lead against Washington. But the extra point is missed. The score sits at 9-0.

The ball returns to the Bucs after an interception by Sean Murphy-Bunting.

Bucs will get on the board first with a 29-yard field goal. The score sits at 3-0.

The Bucs complete their first, first down of the night!

Here we go! Brady and Gabbert are making their way onto the field.

Yeah, it's about that ⏰ pic.twitter.com/icj1jlxmXK

Washington Football Team quarterback Alex Smith is inactive for tonight's game. Meaning it will be a showdown between Tom Brady and Taylor Heinicke.

The #GoBucs will face QB Taylor Heinicke, who has one NFL start https://t.co/8G4vrVBs1S