Kinley had his dream cut short last month when his request to delay his service was denied by the Navy. 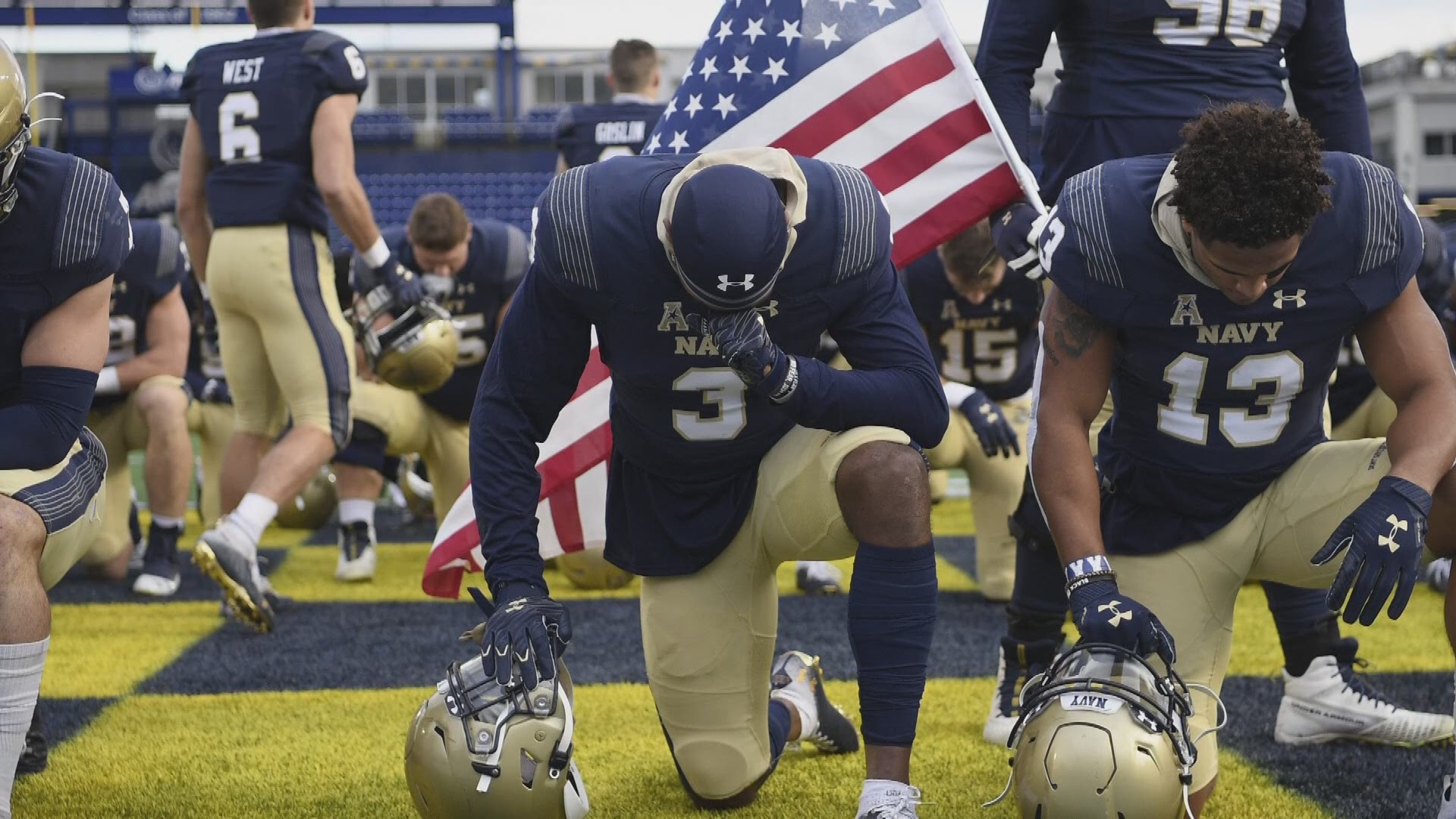 TAMPA, Fla. — Editor's Note: The video above is from a prior story in June.

After an outpouring of support, one undrafted Tampa Bay Buccaneers rookie is getting the chance to live out his dream of playing in the NFL.

U.S. Secretary of Defense Lloyd Austin informed former Navy cornerback Cameron Kinley that he would be allowed to delay his Navy commission in order to attend training camp with the Bucs.

Kinley tweeted the news in a statement, saying that the past month has been "very challenging."

Austin said that the Navy would "look forward to welcoming him back inside the ranks as a naval officer," once Kinley completed his "playing time."

Bucs General Manager Jason Licht said the team was thrilled by the news and looks forward to Kinley's chance to earn his spot.

"We are thrilled for Cameron and very much appreciate the Pentagon's willingness to work with him so that he may compete at training camp for a chance to earn a spot on our roster," Licht wrote.

In a statement, President Biden said he was confident Kinley would represent the Navy well in the NFL, "just as he did as a standout athlete and class president at the Naval Academy. After his NFL career is over, he will continue to make us proud as an officer in the United States Navy."

Kinley had his dream cut short in June when his request to delay his service was denied by the Navy due to "unexplained reasons," according to his agency.

He served as class president while playing Division I football for the United States Naval Academy.

RELATED: Living the 'dreams': The Navy and the NFL