The former Tampa Bay Buccaneers head coach Dirk Koetter might soon land on his feet elsewhere in the NFL. 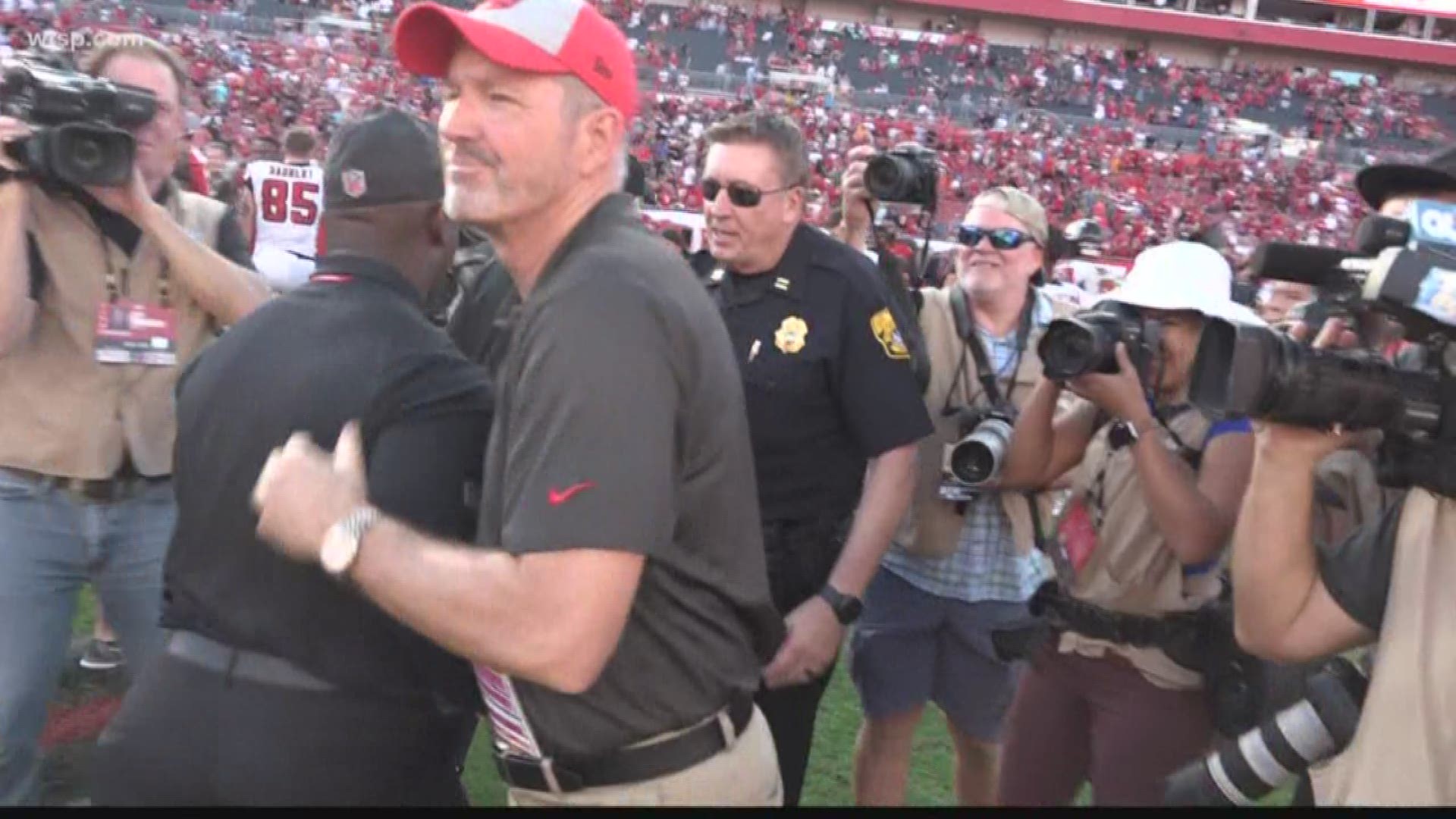 ST. PETERSBURG, Fla. -- Dirk Koetter, the former head coach of the Tampa Bay Buccaneers, might be returning to a familiar place: He has been offered the offensive coordinator job with the Atlanta Falcons, according to an Atlanta-Journal Constitution report.

Koetter, 59, would replace Steve Sarkisian, who was fired last week after the Falcons' 7-9 season.

The former Bucs coach ended his tenure with a 19-29 record in three seasons, with the team finishing in last place of the NFC South for the second season in a row.

"Koetter may have accepted the position," Falcons reporter D. Orlando Ledbetter writes. "Late Monday, a high-ranking team official when asked to confirm would say only there is no agreement at this time."

Koetter reportedly interviewed with the Falcons on Saturday and last was its offensive coordinator from 2012-14.

If the Falcons job doesn't pan out, Minnesota's Star Tribune reports Koetter is a candidate for the Vikings' offensive coordinator spot.