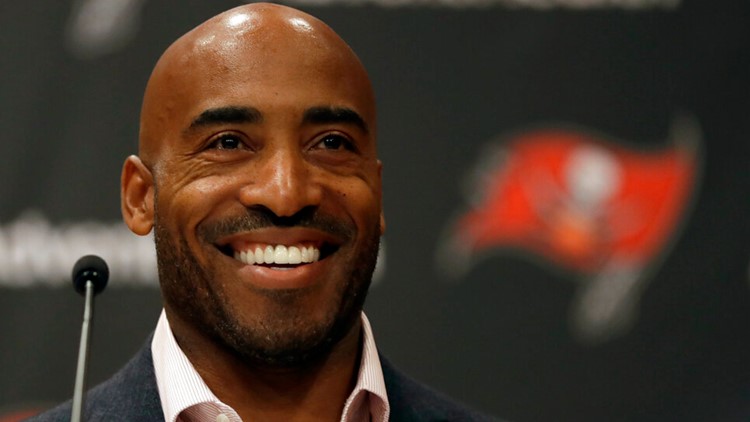 TAMPA, Fla. — The newest member of the Tampa Bay Buccaneers Ring of Honor was more than ready to accept the honor.

"Finally!" Rondé Barber said as he took the podium during the announcement on Tuesday. "Sixteen years seemed short compared to the seven years I waited for this."

Barber played all 16 years of his career in Tampa Bay, starting when he was drafted in 1997. By the time the defensive back retired after the 2012 season, he had racked up 1,005 tackles, was selected to five Pro Bowls and named to the NFL's 2000s All-Decade Team.

He also holds the NFL record for most consecutive starts by a defensive back (215).

When he retired, he was the last member of the Super Bowl XXXVII-winning team still on the roster.

On Tuesday, he said it was "humbling" to be named to the ring.

"This is something that I really wanted," he said. "It means a lot to me."

The induction ceremony will be held during halftime of the Bucs' game with the New York Giants on Sept. 22.