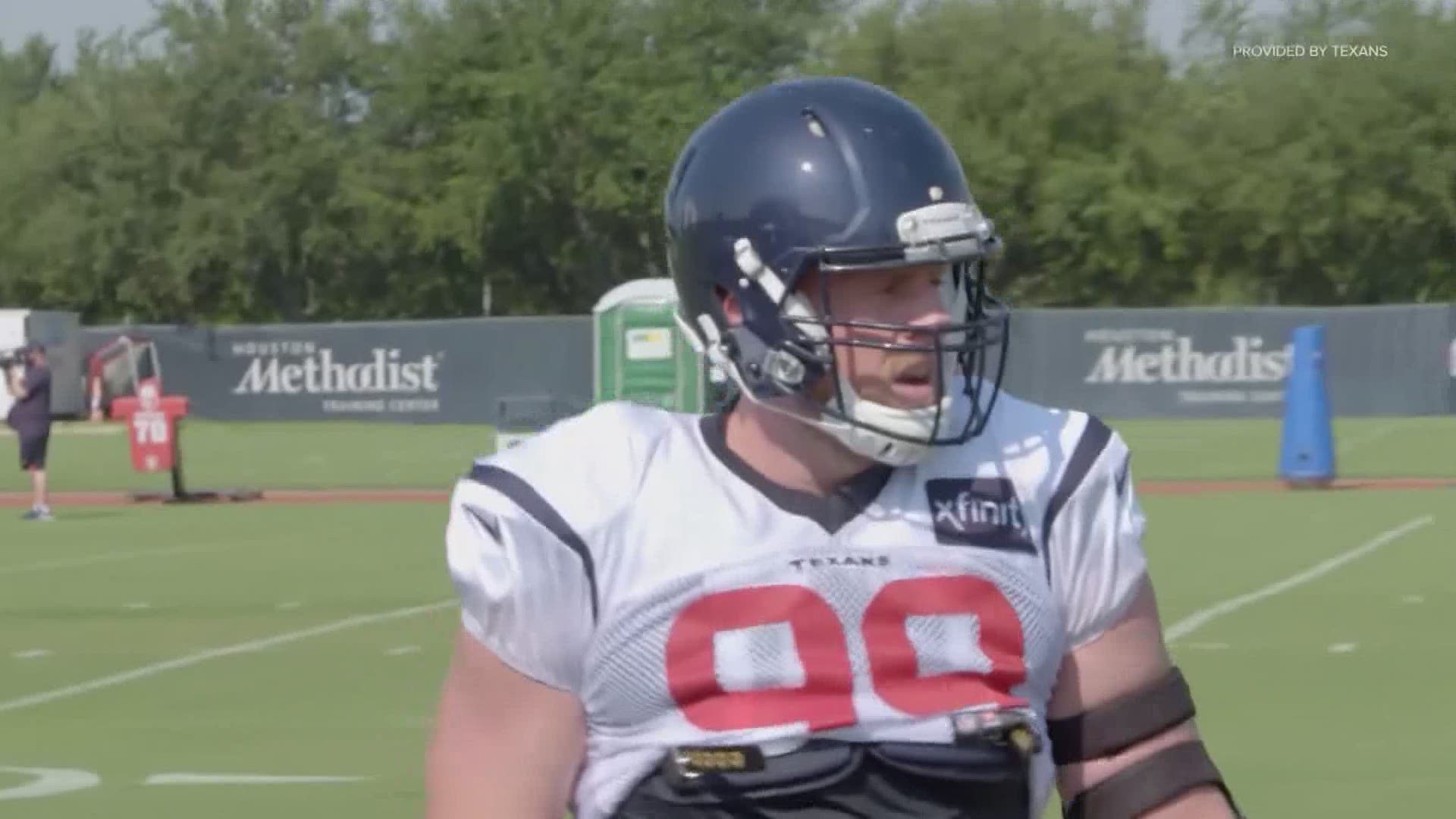 TAMPA, Fla — All eyes are on J.J. Watt after the defensive end announced his release from the Texans on Twitter. His status as a free agent leaves one question: Where to next?

If you're former NFL executive Mike Tannenbaum, you're betting it's right here in Tampa Bay with the Super Bowl LV champs.

During ESPN's "Get Up!" Monday, Tannenbaum said Watt should head for the Sunshine State and play under the guidance of a head coach who knows how to work with veterans of the sport.

Plus, it doesn't hurt that the team's historic win as perceived underdogs put the Buccaneers on the map overnight.

"When you talk to people around the league, teams, agents; Tampa Bay immediately overnight has become this incredible destination. They check every box," Tannenbaum added.

The former NFL executive also listed Florida having no state income tax and getting to practice and play on grass as added bonuses for Watt seeking out a new team.

Should the 31-year-old free agent make his way further south, he would be the latest in a long line of big names the Buccaneers snagged this past year.

It all started with the G.O.A.T Tom Brady leaving the New England Patriots after 20 seasons. Then came Rob Gronkowski who quickly exited a short-lived retirement to reunite one of the league's most prominent dynamic duos.

Then, Leonard Fournette and LeSean McCoy came aboard the Bucs' ship, which steered the team straight into its second Super Bowl victory in franchise history.

But the Bucs could have competition, including one outcome that seems too good to pass up -- all the Watt brothers playing together.

A deal with the Steelers would mean the defensive end could also call brothers T.J. and Derek teammates.

"I know this — J.J. Watt has, at least in fun, talked to his brothers about playing together," ESPN senior NFL reporter Jeremy Fowler said earlier this week.

In his 10 seasons in the NFL, Watt leads the league in tackles for loss and quarterback hits. Watt can also add five-time Pro Bowl selection and fourth-fastest player in NFL history to a total of 100 sacks to his resume.