From skeptic to champion: Lavonte David reflects on 2020 success

Tampa Bay linebacker Lavonte David may have wondered if he'd ever win in a Bucs uniform. Now, he's a Super Bowl champ. 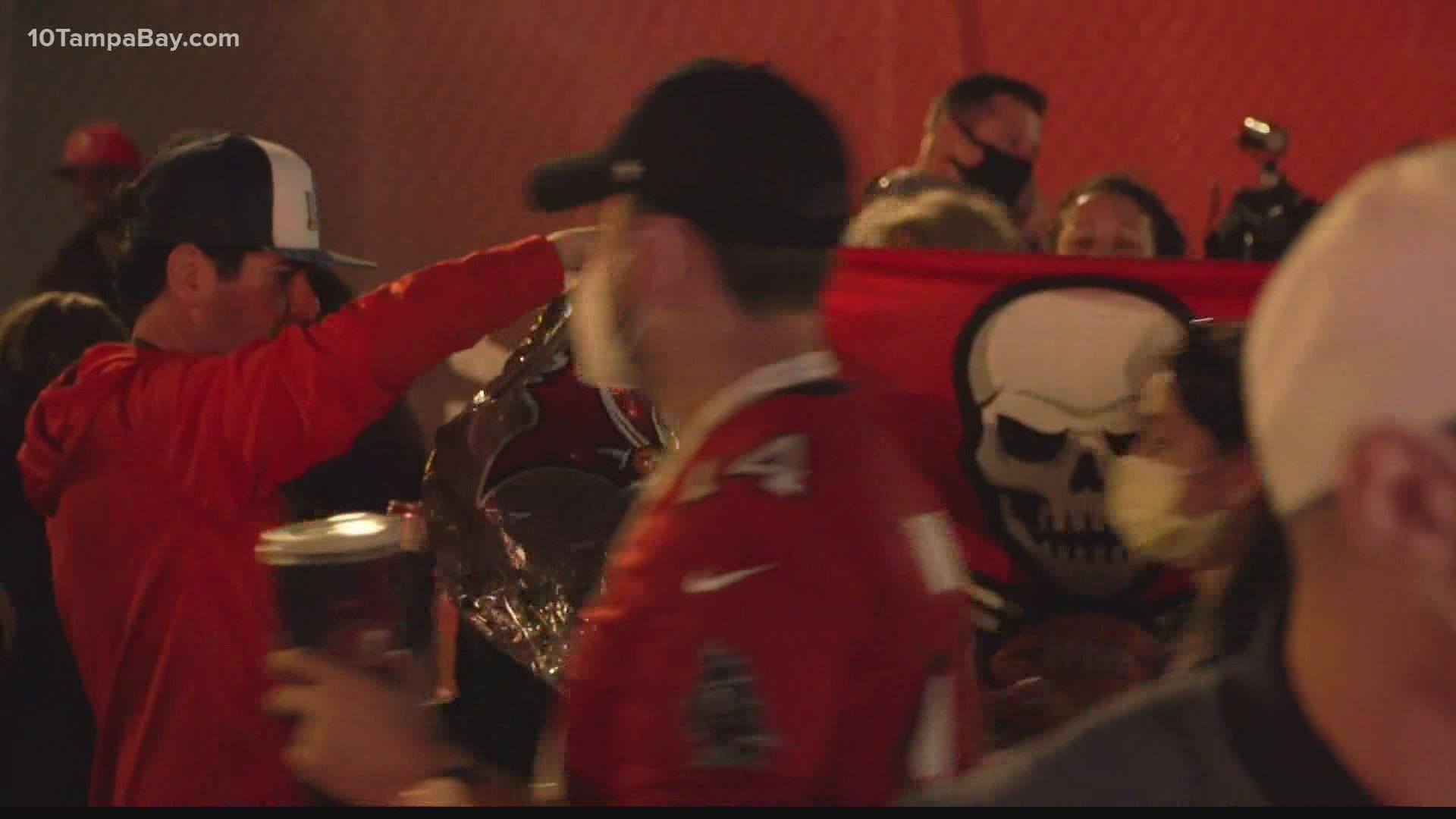 TAMPA, Fla. — You know things are going well for the Tampa Bay Buccaneers when the offseason has been nearly as entertaining and eventful as the actual season was.

Of course, nothing will top the excitement of actually winning a Super Bowl. But boat parades are quickly becoming a Tampa tradition, and I for one am all for it. Then, there’s the collective fandom celebration which happens every time another player inks a new deal to return for 2021.

The Buccaneers didn’t just win eight straight games culminating with the first title won in an NFL team’s home stadium. They won the early part of free agency by bringing back every starter from the Super Bowl run. They’re also primed to win the upcoming NFL Draft, simply because they have the luxury of taking the best player available on their board.

It seems in just one year’s time, the team that often won the offseason but lost the actual games more often than not, just can’t stop winning right now.

“Refreshing” is a word some might use to explain it. “A miracle,” is another possible term. Especially when you’re Tampa Bay linebacker Lavonte David, who may have thought he’d never get to win wearing a Buccaneers uniform.

“Glory to God man, glory to God,” David said when asked by Pat McAffee on his podcast about how it feels to be a Buccaneer right now. “You know, for eight years of my career man, it’s been real skeptical, you know. But now was able to turn things around man, get to where I always thought we would get to. And finally, to call myself a Super Bowl Champion after all those hard seasons or whatever, feels really good, man.”

While David praises God for his newfound success on the field, many attribute the sudden rise from a sub-.500 team to Super Bowl winners to the addition of Tom Brady, a player whose impact is not lost on the veteran linebacker, either.

He continued, by emphasizing while the quarterback may have a larger-than-life persona, his personality is much more down to earth.

“Tom is just a real genuine guy man, he's a great guy to be around too as well. He's always smiling. He loves the game of football, he loves just being around the guys.”

David talked about how much he respected Brady’s approach to the team and locker room dynamics and not wanting to be treated like one of the greatest of all time, even though he is.

Of course, it’s reasonable to say, with no Bruce Arians there is likely no Tom Brady in Tampa Bay. All of this recent success really got started with the arrival of Arians and his coaching staff.

Whether it’s resurrecting the stalled career of Ronald Jones II, finally spotlighting Chris Godwin as a true impact player on the offense, or the overall switch from a 4-3 base defense to a 3-4 (something else David talked with McAfee about), when ‘BA’ showed up, the game changed for the Tampa Bay Buccaneers.

“For him to come in and, you know, just change the program around and change the culture of the program in two years is really impressive to see. I mean, BA is a respectful guy man, everybody respects him all for the simple fact, he's real, you know he's a real coach, he's genuine. And he’s straightforward with you, and with him man, you know a lot of people always say this but some really don't mean it, but he has a real open door policy. If you want to come in and talk to him...If you want to hit him up on the phone, he’ll answer...You know, it's very different from what I experienced in the past,” David explained

Listening to David talk now, it’s a wonder anyone thought he might actually leave the Bucs in free agency this spring. Fortunately for him, and for Bucs fans, there’s no need to worry about that right now.

The team has their sights set on 2021 and achieving with this team what the 2020 team already did.

And they seem to all be in unison, and about as synched up as a team can be, just weeks from adding some newly minted NFL Draft picks to the squad.