Bucs' Fournette on vaccines: Will talk with team doctors to make 'the best decision'

Last week, the Buccaneers running back tweeted "vaccine I can't do it" in response to the NFL's warning to unvaccinated players. 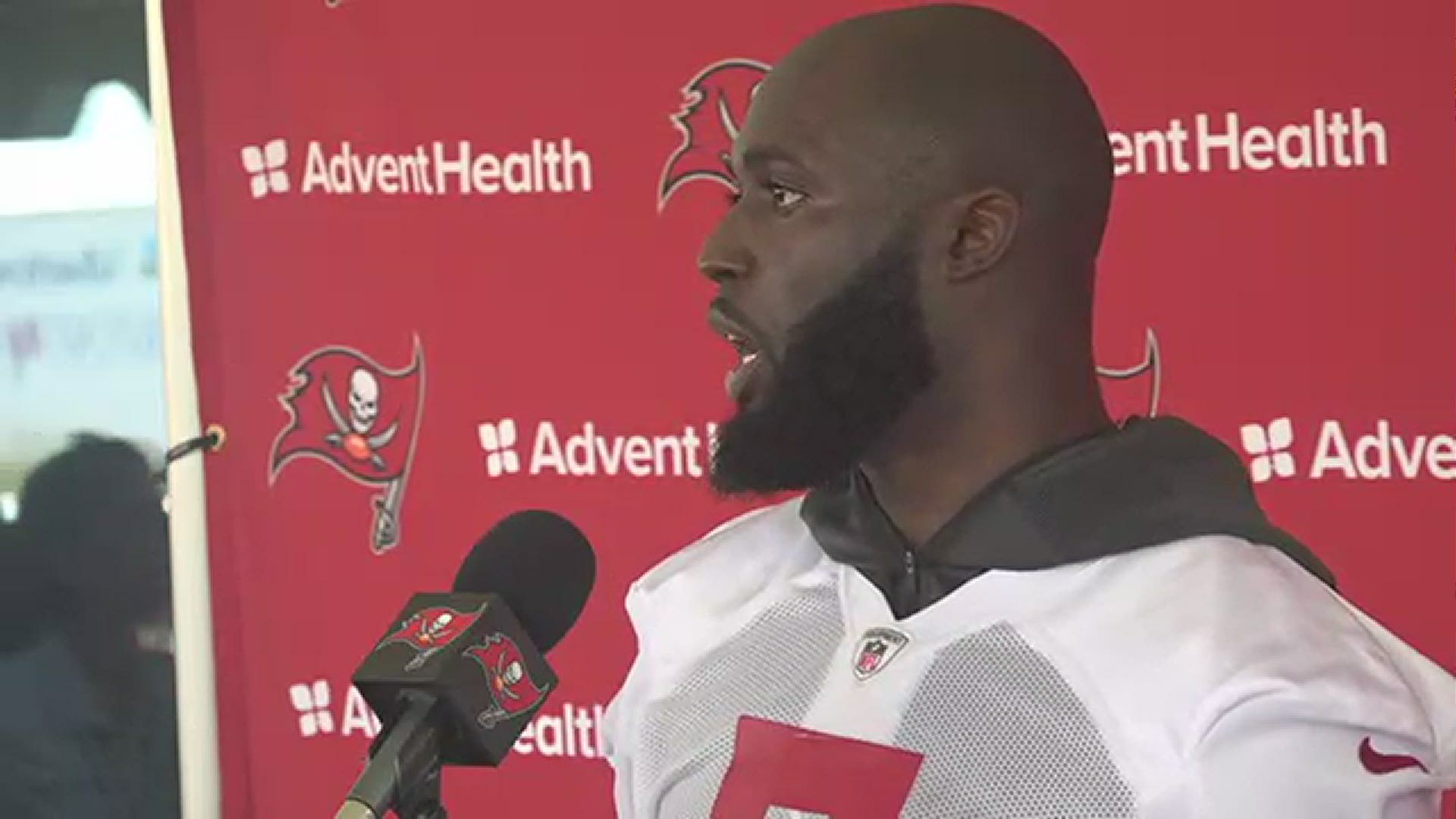 The running back a few days ago at least indicated his displeasure with the NFL after it warned teams could forfeit a game due to a COVID-19 outbreak among non-vaccinated players.

Players on both teams affected by a cancellation also wouldn't get paid that week.

Fournette, speaking Sunday during the first day of the Buccaneers' training camp, said "I don't know too much about it" when asked of his concerns about vaccines.

"I mean — I'm going to talk to them," Fournette said, referring to the team's doctors. "See what's the best decision for myself and the team."

Leonard Fournette discusses his decision to not get the vaccine and where he stands. Says he will talk with the team doctors to learn more and make the best decision for him. #Bucs @10TampaBay pic.twitter.com/AbWhhvHPfA

Head coach Bruce Arians has encouraged players to get a vaccine, even helping to host a clinic on the final day of minicamp in June to players, coaches, staff and their families.

"Our coaches respect our decisions, we're men," Fournette said. "You know, he said 100-percent he's with us, whatever we want to do. Just don't get the team sick."

The NFL says more than half its teams have COVID-19 vaccination rates greater than 80 percent of their players, and more than 75 percent of players are in the process of being vaccinated.

According to the Centers for Disease Control and Prevention, the COVID-19 vaccines are highly effective in limiting the spread of the virus and help to prevent severe illness — even death. Vaccines are especially important now, health experts say, as the more transmissible delta variant takes hold.

"This is now becoming an issue. We're seeing a lot of what I would think is preventable, severe illness," said Dr. Jason Salemi with USF Public Health.

People 12 and older are eligible to receive the Pfizer COVID-19 vaccine, while the Moderna and Johnson & Johnson vaccines are authorized for people 18 up. All have been found to be effective against COVID-19, with a recent study finding two doses of the Pfizer vaccine offering 88-percent protection against infection caused by the delta variant.

Visit the Florida Department of Health's website to find a vaccine location near you.