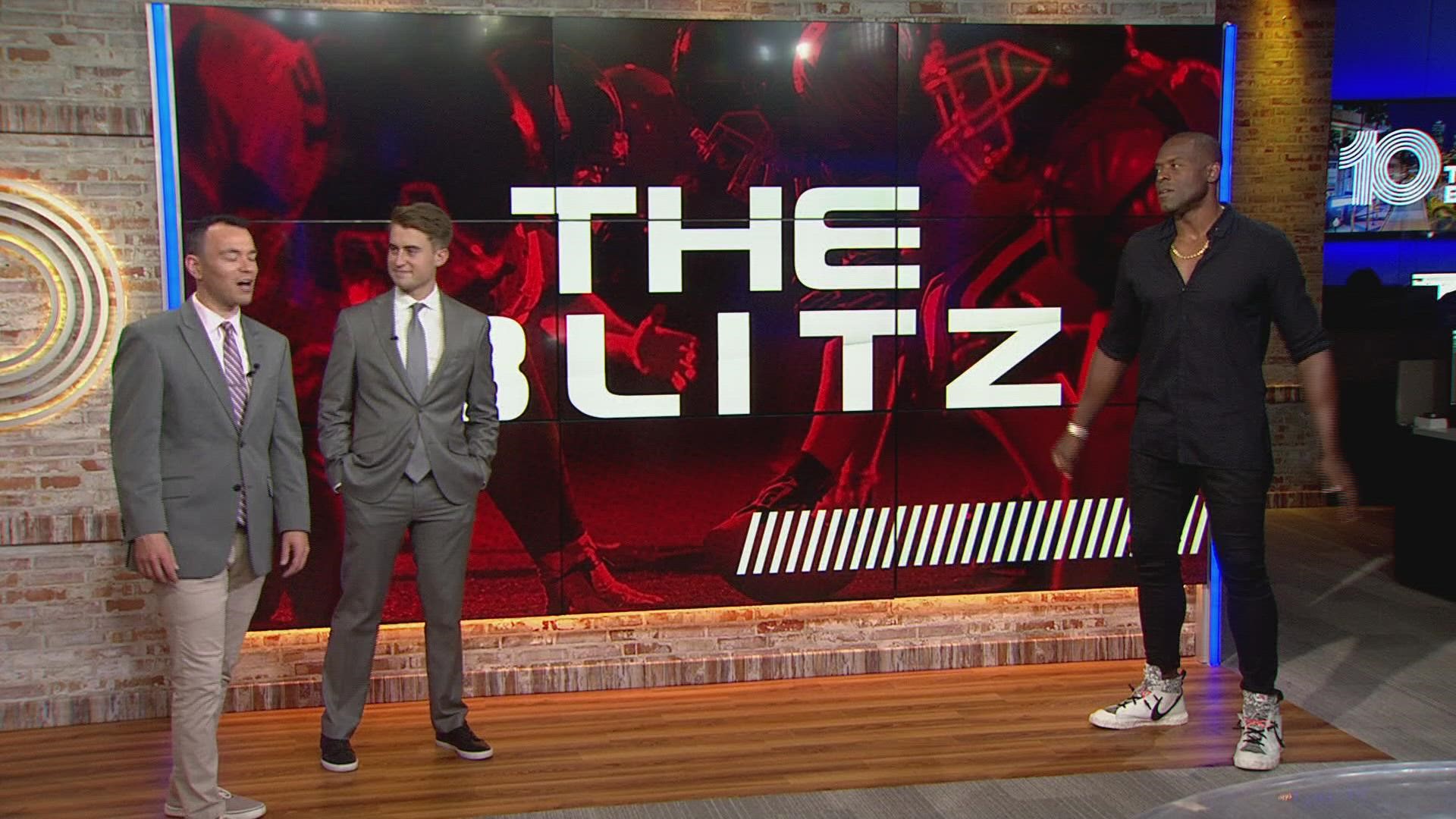 "We’ll move him around and get him in position to allow him to make plays, but I wouldn’t freak out after one game. That’s just football being football.”

The box score does not look pretty from Thursday's thrilling win against Dallas, but that's what happens when you play in this offense.

Credit: WTSP
Tampa Bay did not need Mike Evans in the 31-29 win against Dallas. Evans has never had less than 1,000 receiving yards in a NFL season.

"I always want to be organic, never force the ball in any way," Leftwich said. "We’ll go through our progressions and do what we need to do and just give the ball to the right guy."

Evans could have a big game this weekend. The Texas A&M product averaged five receptions and 82 yards in 13 career games against the Falcons. He has also caught nine touchdowns.

With Atlanta coming to town, the players and coaching staff are reminded of that Week 15 comeback last season. They believe that was the turning point en route to a Super Bowl championship.

"Oh, it was huge, it was huge," head coach Bruce Arians said. "That was the attack mode we kind of took and kept from there on out. It was a different mindset offensively."

Arians and company know if they turn the ball over four times again, they might not be as fortunate to walk away with another win.

"The biggest thing is turnovers – just protect the ball better," Arians said. "If we don't turn the ball over in that game (against Dallas), it's not that close. Correct the turnovers and play a little better in space, tackle a little better."

Here's our @Buccaneers report:
- Leftwich talks about Brady shaking off his play during the 2-minute drill

- How to feel about Evans after week 1

- A look back at Week 15 of last season -- that Falcons comeback was a huge turning point#GoBucs pic.twitter.com/DUrzX1LBUu

Kickoff on Sunday is home at 4:05 p.m. Former defensive coordinator Monte Kiffin will also be inducted into the Bucs Ring of Honor.

The Locked on Bucs podcast airs five days a week, with WTSP Wednesday a regular occurrence. Hear James Yarcho and Evan Closky break down the week that was and also what to expect against Atlanta.