The Super Bowl-winning defensive coordinator will be the 14th person in franchise history to be inducted. 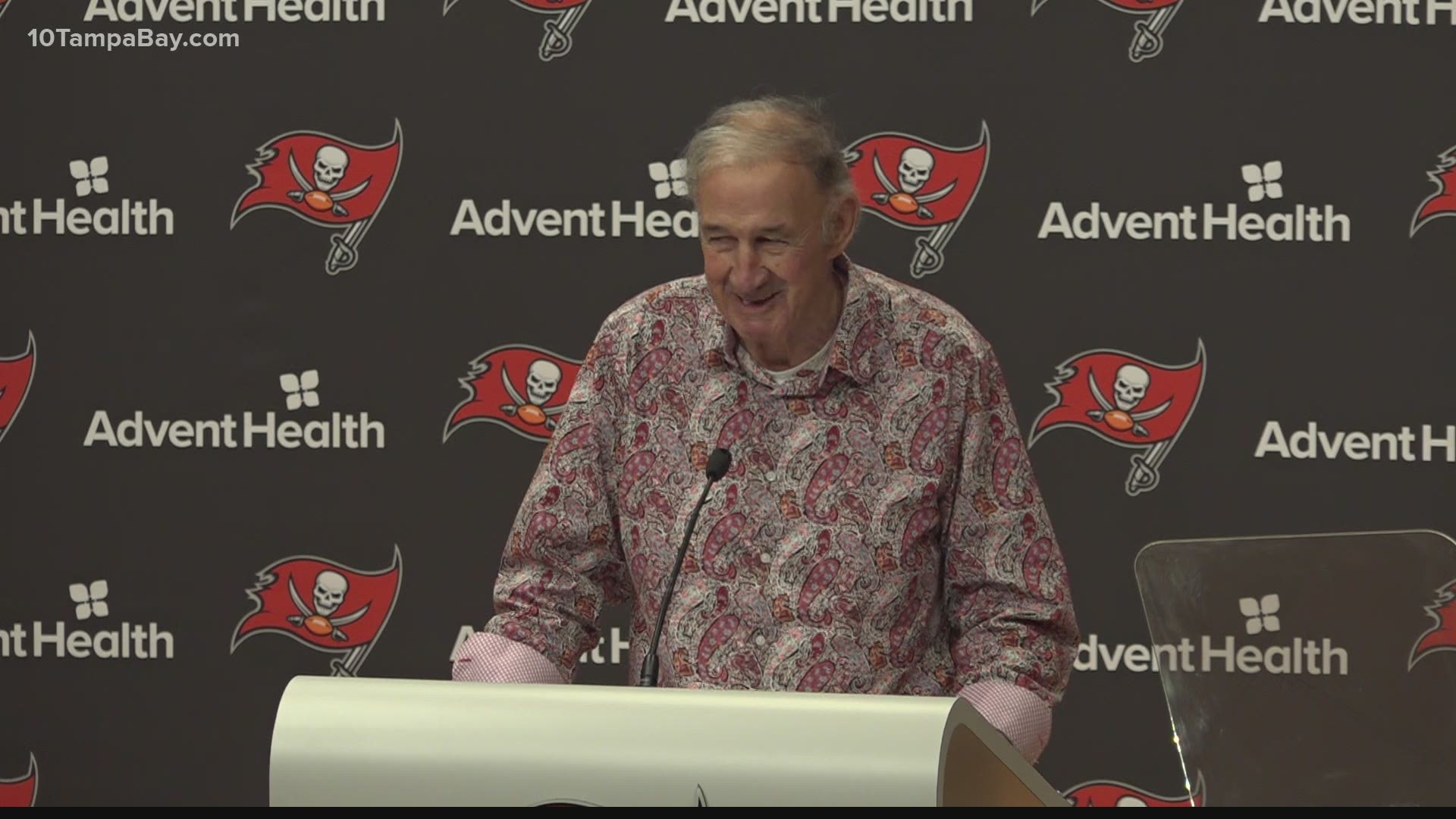 TAMPA, Fla. — The Tampa Bay Buccaneers relied on their defense heavily in the 2002-2003 Super Bowl run. The Bucs forced five interceptions in the Super Bowl against the Raiders giving the franchise its first-ever title. The man in charge of putting it together was defensive coordinator Monte Kiffin.

Credit: AP
FILE - In this Jan. 6, 2008, file photo, Tampa Bay Buccaneers defensive coordinator Monte Kiffin looks on during an NFL wildcard football playoff game in Tampa, Fla. These days, the “Tampa 2” defense, directed and perfected by Kiffin under Tony Dungy, is to professional football teams what emailing is for people under 30. It’s still playable, but missing much of its prior market share and panache. (AP Photo/Steve Nesius, File)

Kiffin said Wednesday "It just about brings a tear to your eye," when talking about being inducted into the Buccaneers Ring of Honor. His 12 years as defensive coordinator are the most in team history. He's been doing it as long as anyone in this sport has, he started as a graduate assistant at Nebraska in 1966.

He still has the itch to coach and is currently helping his son Lane Kiffin who is the head coach at Ole Miss. Monte serves as a defensive analyst for the team.

I think your dad has to give the halftime speeches from here on in @Lane_Kiffin pic.twitter.com/S0j88PnXW6