The six-time Super Bowl champ signed with the Tampa Bay Buccaneers on March 20. 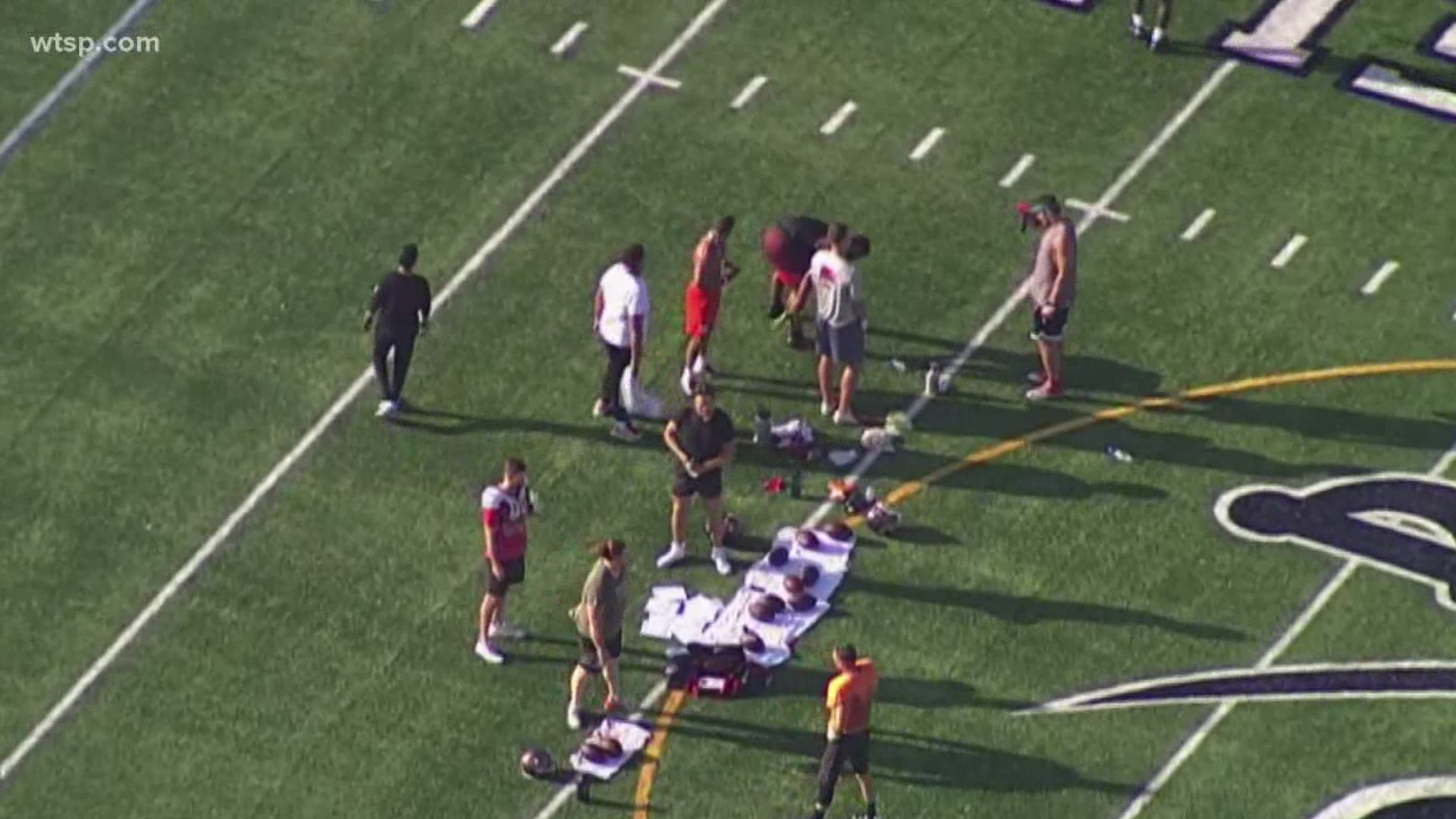 It's the moment football fans have been waiting for: Tom Brady in a Tampa Bay Buccaneers uniform.

Six-time Super Bowl champ and former New England Patriots quarterback Brady shook up the sports world on March 20 when he signed with the Bucs.

In an Instagram post of him signing his Bucs contract, Brady wrote: Excited, humble and hungry ...if there is one thing I have learned about football, it’s that nobody cares what you did last year or the year before that...you earn the trust and respect of those around through your commitment every single day.

He also thanked the Bucs for giving him the opportunity "to do what I love to do."

RELATED: How did it feel to land Tom Brady? Bucs GM: 'A big sigh of relief'

RELATED: Gronk on joining Bucs: 'I’m back and ready to lay a smack'

RELATED: Brady: It was 'just time' to leave Pats for new challenge