He's back: Rob Gronkowski agrees to a 1-year deal with the Buccaneers

The tight end will rejoin his longtime co-star Tom Brady. 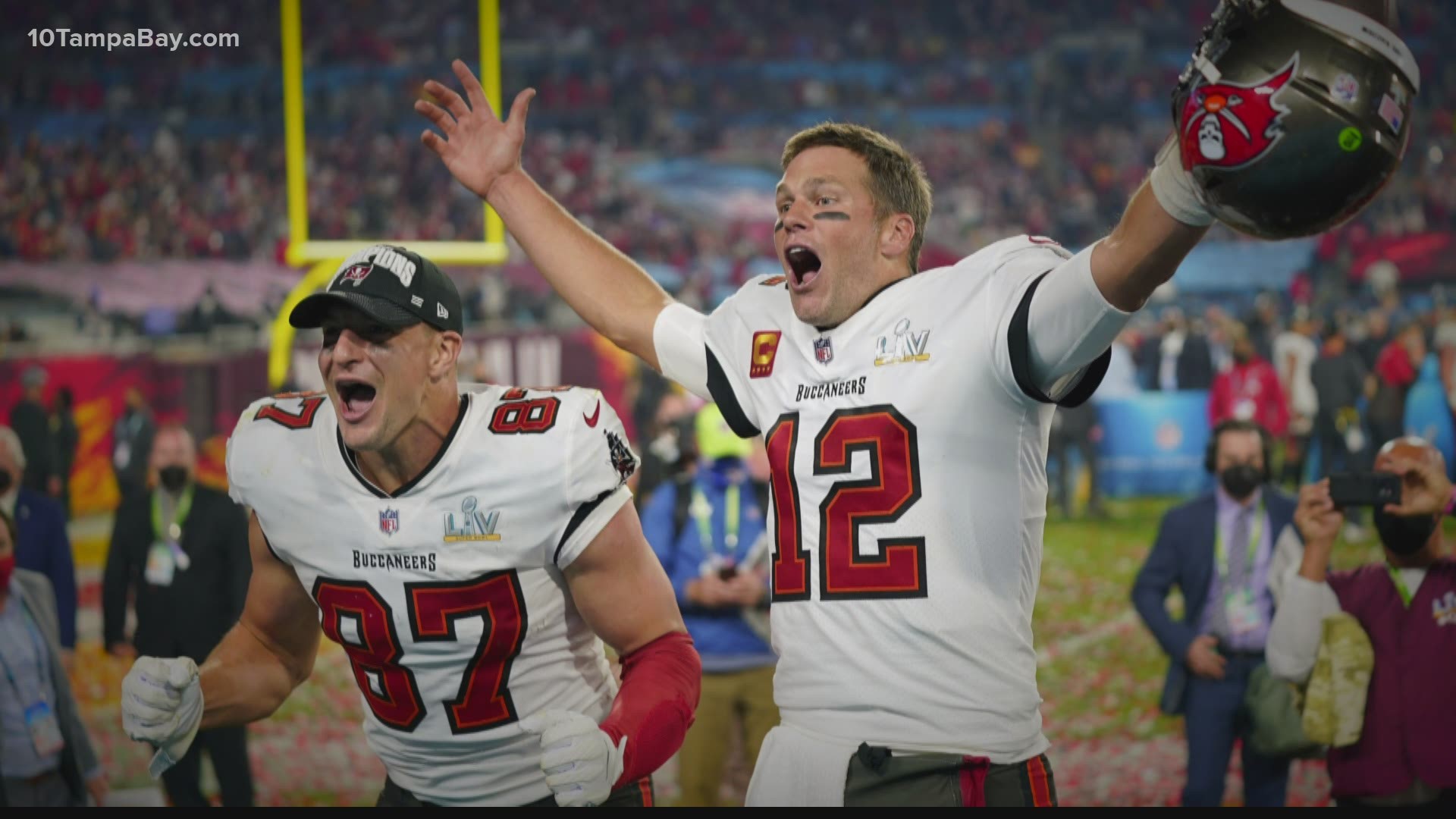 TAMPA, Fla. — The band is back together!

Rob Gronkowski is now the latest Buccaneers player from last year's Super Bowl-winning team to agree to rejoin the crew next season, the NFL franchise confirmed Monday in an official announcement.

While Bucs would not disclose the terms of the contract, Gronkowski has agreed to a one-year deal with the organization, 10 Sports reporter Grace Remington has confirmed through sources. Gronkowski announced he wouldn't be riding off into the sunset earlier this month in an interview with TMZ.

"I will be back playing football, man," Gronkowski said. "I love the game of football I loved playing last year. I had a great time."

Can confirm Rob Gronkowski is coming back to Tampa Bay on a 1-year deal.

“In addition to his contributions on the field, Gronk has quickly become one of the most beloved guys in our locker room,” Buccaneers General Manager Jason Licht said, in part. "Rob’s accomplishments speak for themselves and make him one of the greatest to ever play the game at his position. We are thrilled to have him back with us as we pursue another title in Tampa.”

During his 16 regular-season games with the Buccaneers, Gronkowski hauled in 45 receptions for 623 yards and seven touchdowns. But the tight end's performance really came alive During Super Bowl LV when he scored two touchdowns.

In his overall NFL career, Gronkowski is the all-time leader among tight ends for playoff receptions, receiving yards and receiving touchdowns.

Gronk joins his long-time quarterback Tom Brady in a return to the Bucs after the G.O.A.T also agreed to an extension that will keep him in Tampa Bay through 2022.