Gronk on joining Bucs: 'I’m back and ready to lay a smack' 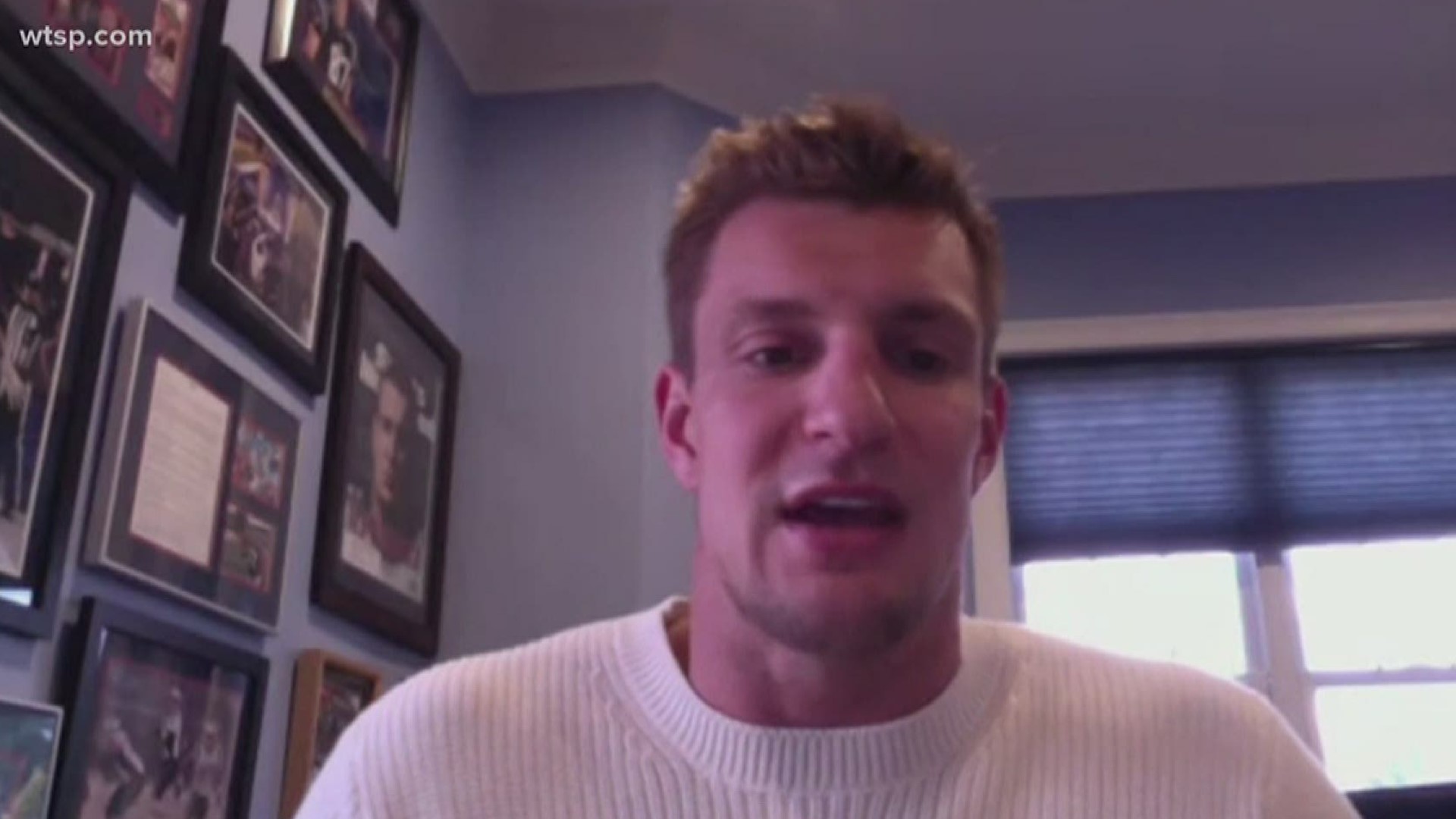 TAMPA, Fla. — Rob Gronkowski planted the seed for his NFL comeback when he played catch with Tom Brady two months ago and told the quarterback he was getting an itch to play again if the right opportunity presented itself.

Brady subsequently signed with the Tampa Bay Buccaneers, who are now reuniting the six-time Super Bowl champion with his favorite target. Gronkowski said he took a year off to allow his body to heal and said the fire to play is burning again.

The Bucs completed a trade for the retired New England star. They sent a fourth-round pick in this week's draft to the Patriots for Gronkowski and a seventh-round selection.

"First and foremost, I want to thank the Patriots Organization for everything over the last 10 years. Without Mr. Kraft and Coach Belichick taking a chance on me in the 2010 draft, I wouldn’t be sitting here in this position in life, THANK YOU both as well my former teammates for everything over the years," Gronk wrote Thursday on his Instagram page.

The four-time All-Pro tight end thanked Patriot fans for the memories and support but added he was excited to start his new chapter in Tampa Bay.

"It’s an opportunity I will certainly not take for granted," Gronk said.

Gronkowski says his "fire" is back.

"I’m pumped to get down to Tampa, meet my new teammates, work hard, have a blast doing it, and give it my all this season!! I’m back and ready to lay a smack!" Gronk wrote.

Gronkowski was one of the most dominant tight ends in football when he walked away from the game in March 2019. He won three Super Bowl rings while playing for the Patriots.

RELATED: Brady and Gronk: A bromance of champions

RELATED: 'Playing with Tom is special': Rob Gronkowski is looking forward to the future