Bruce Arians says the team will be close to 100 percent by the 1st game of the season. 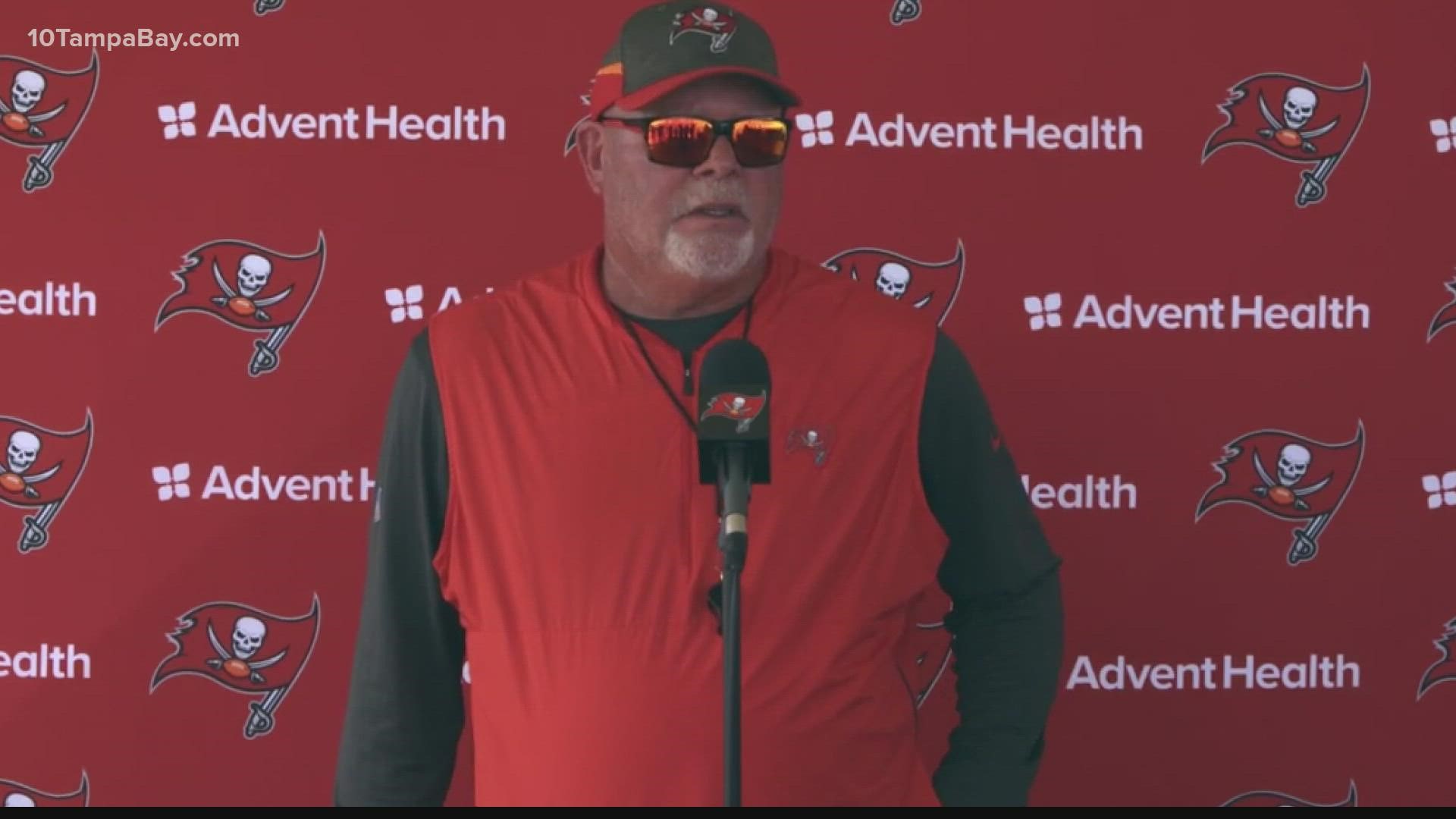 TAMPA, Fla. — The reigning Super Bowl champions' head coach says the team will be more than 90 percent vaccinated by the first preseason game.

Head Coach Bruce Arians spoke with reporters Sunday at Training Camp. When asked about players getting vaccinated, he said the team is close to being fully vaccinated.

Recently, running back Leonard Fournette made headlines when he posted a since-deleted tweet saying, "Vaccine I can't do it..."

Days later during the first day of training camp, Fournette told reporters he wants to learn more about COVID-19 vaccines to make "the best decision."

Head Coach Bruce Arians has encouraged players to get a vaccine, even helping to host a clinic on the final day of minicamp in June to players, coaches, staff and their families.

"Our coaches respect our decisions, we're men," Fournette said on July 25. "You know, he said 100-percent he's with us, whatever we want to do. Just don't get the team sick."

The NFL is taking steps to crack down on unvaccinated players who cause COVID outbreaks on their teams. Teams were warned they could forfeit a game due to a COVID-19 outbreak among non-vaccinated players, and players on both teams wouldn't get paid that week.