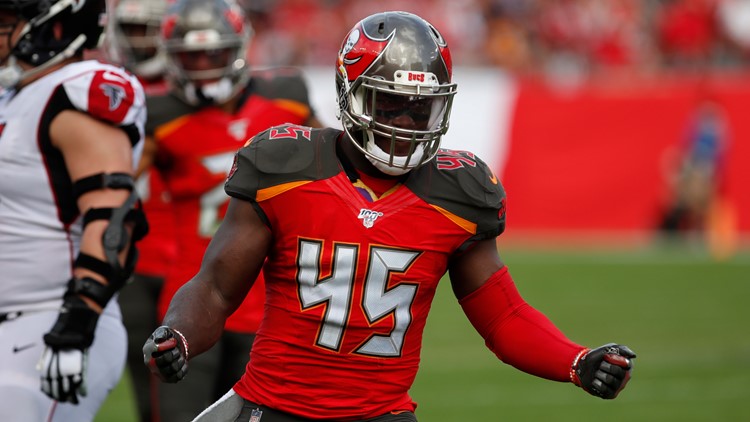 It’s been a big year for Devin White. The Tampa Bay Buccaneers’ rookie linebacker was named the NFL’s Defensive Rookie of the Month for December.

He earned the honor in November, too.

That’s a first for the franchise, but the consecutive wins are clearly well-deserved.

White averaged seven tackles per game in 2019 – more than any other rookie in the league. He also tied for the most fumble recoveries.

On Sunday, he snatched one up and ran 91 yards for a touchdown.

Tampa Bay Buccaneers linebacker Devin White (45) heads for the endzone after returing a fumble by Atlanta Falcons quarterback Matt Ryan 91-yards for a touchdown during the first half of an NFL football game Sunday, Dec. 29, 2019, in Tampa, Fla. (AP Photo/Mark LoMoglio)
AP