Buccaneers pay tribute to ultimate fan 'The Pillow Lady,' who dies at 82

The team said she got her nickname because of her tradition of knitting custom pillows for players, coaches and staff. 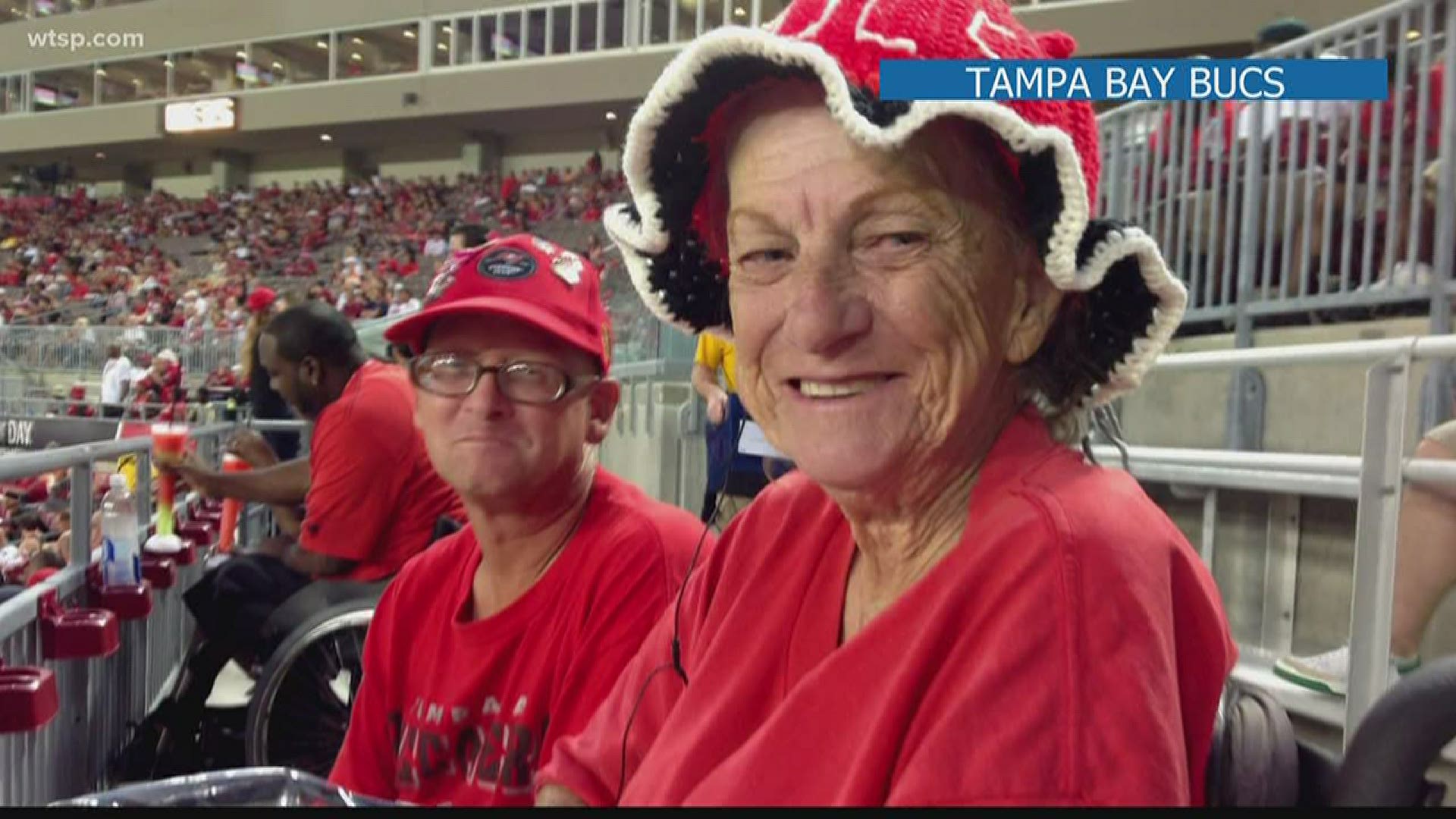 TAMPA, Fla — She had been with them since 1976, their first season in the NFL, cheering them on, seeing them off before games and making them special gifts. Now, the Tampa Bay Buccaneers are morning the loss of one of their most "treasured" fans.

"The Buccaneers lost one of their most devoted fans on Saturday when Jackie Riles passed away of natural causes at the age of 82," the team wrote on Facebook.

The team said Riles never wavered in her support of the team and stuck with them through both the good and the bad.

She even made them gifts and got to know every team through their 45-year franchise history.

Her gifts were so special the team said it led Buccaneer legends John McKay and Richard "Batman" Wood to give her a nickname that still stands: "The Pillow Lady."

Riles would knit custom pillows for players, coaches and staff yearly. The Buccaneers estimate she's knitted thousands since it was important to Riles to make sure each new player to the team received one.

Riles would also bake cakes for the players before games, saw the team off at their headquarters most road trips and even became a fixture at training camp practices.

Over the years, Riles even racked up some pretty big honors due to her support. In 2001 she was named "ultimate" Fan of the Buccaneers and recognized by the Pro Football Hall of Fame. Then in 2012, Buccaneers Owner/Co-Chairman Bryan Glazer gave Riles a customized jersey during an on-field ceremony.

While the Buccaneers said they love all their fans "The Pillow Lady" was special and she will be deeply missed.

"The Buccaneers have many, many devoted supporters but are mourning the loss of one of their most treasured fans on Saturday."