The Bucs have seen the biggest jump in ticket sales of any other team, StubHub reports. 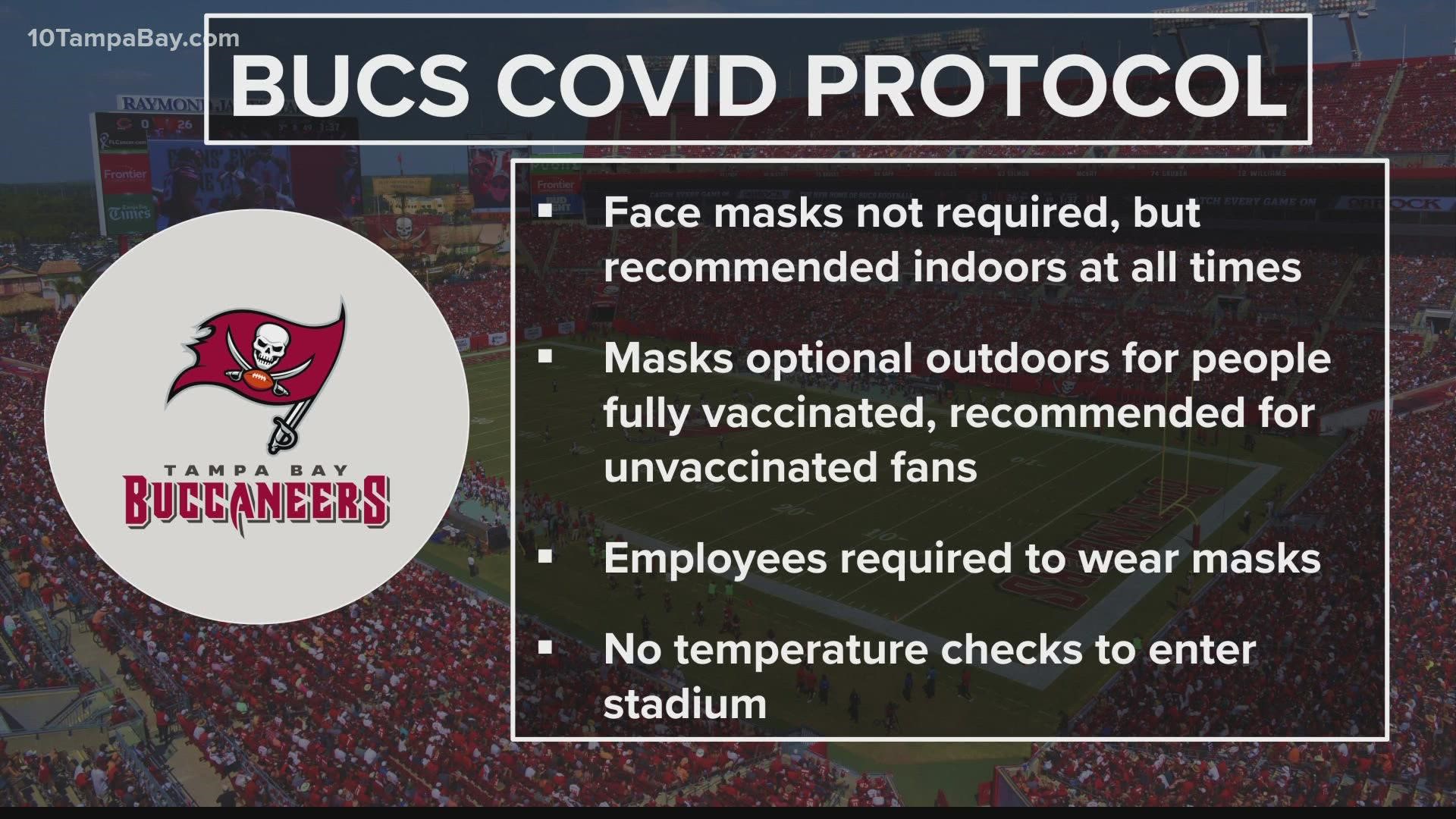 TAMPA, Fla — The Super Bowl champs are popular, or at least fans seem to think so, as ticket sales soar this season for the Tampa Bay Buccaneers.

According to a new report from StubHub, the Tampa Bay Buccaneers are ranked first and second on Stubhub's Top 10 In-Demand NFL Games with the Bucs versus Patriots game on Oct. 3 coming in first place, and the season opener against the Cowboys Thursday, Sept. 9.

Overall, the team is ranked second in Stubhub's 2021 Top 10 In-Demand NFL teams, with the Las Vegas Raiders in first place.

The Tampa Bay Buccaneers club announced that tickets had sold out for home games for the 2021 season back in June. Although tickets are "sold", they are still available for resale on sites like SeatGeek, TicketMaster and Stubhub for almost triple the price.

Bucs saw the biggest jump in ticket sales over any team this season, StubHub said in its report. Sales have increased by more than 500 percent since the 2019 season. The ticket sales company believes it's largely driven by their games against the Patriots and Cowboys.

And who doesn't want to watch the Goat, Tom Brady, debut in his twenty-first season?

All in all, Florida is ranked fifth in StubHub's States Driving NFL Ticket Demand list.