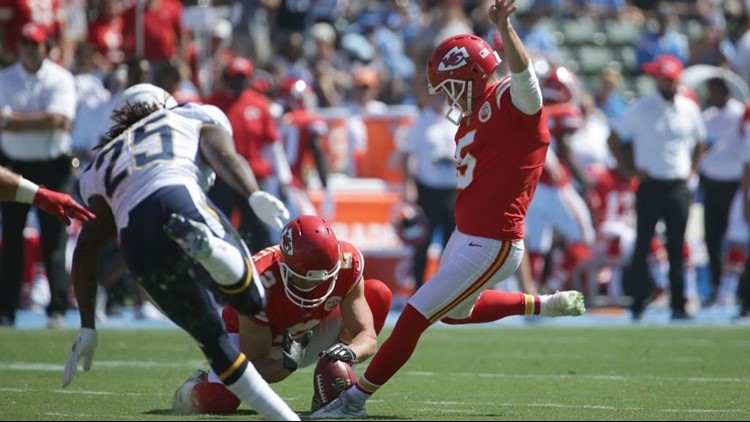 Photo by: Jeff Gross/Getty Images
Cairo Santos #5 of the Kansas City Chiefs kicks a field goal during the game against the Los Angeles Chargers at the StubHub Center on September 24, 2017 in Carson, California.

Santos, 27, played with the Kansas City Chiefs from 2014-17 before joining the Chicago Bears last season. In the offseason, Santos was with the New York Jets and played two games for the Los Angeles Rams as the season began.

He is a native of St. Augustine, Florida.