Coach Arians gifts Tom Brady 'a day off' for his birthday

The seven-time Super Bowl champ will be celebrating his 44th birthday. 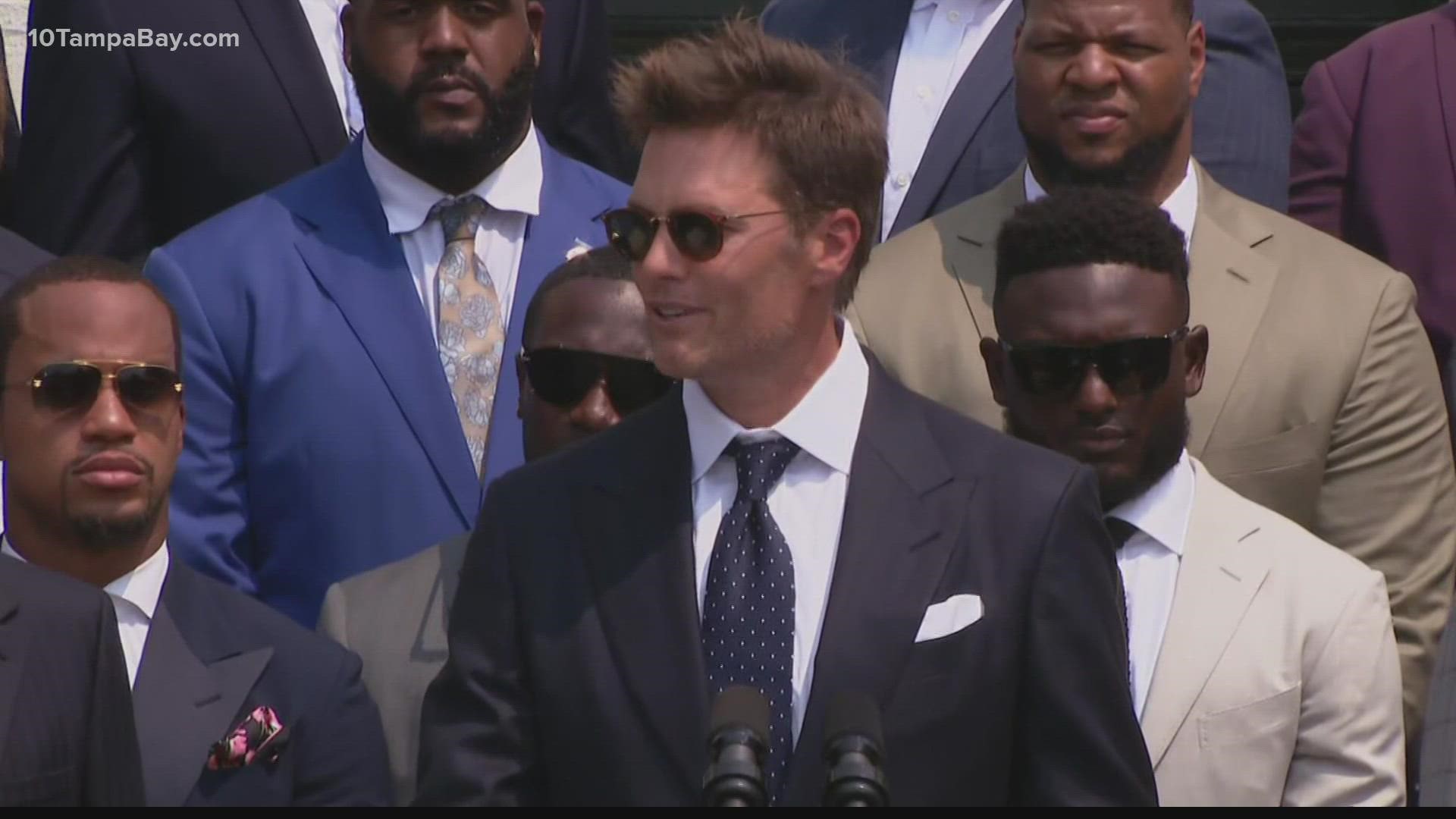 TAMPA, Fla — The seven-time Super Bowl champ is coming up on another milestone this week.

Tom Brady will be celebrating his 44th birthday Tuesday, August 3.

What does a coach get the GOAT for his birthday? Head Coach Bruce Arians told news outlets he's gracing Brady with a day off.

After Monday's practice, Arians said in a news conference, no one's competing harder than his quarterback and mentioned his birthday coming up.

"It's amazing the fire that burns in him that makes him do this," Arians said. "There's nobody out there competing any harder than him. Yeah, it's awesome. We'll throw him a bone and give him a day off."

While Brady may have the day off, one might wonder if the competitor in him will allow him to take the day for himself.

In a report from 2016, Brady told CBS Sports, when you're one of the leaders of the team, there are no days off. The Bucs will see Tuesday if this statement still holds true as the team gears up for its 2021-2022 season.