When will Tom Brady retire? The GOAT's trainer says not for at least 2 more years

At 43 and in the pursuit of an eighth ring, it begs the question, when will Tom Brady retire? 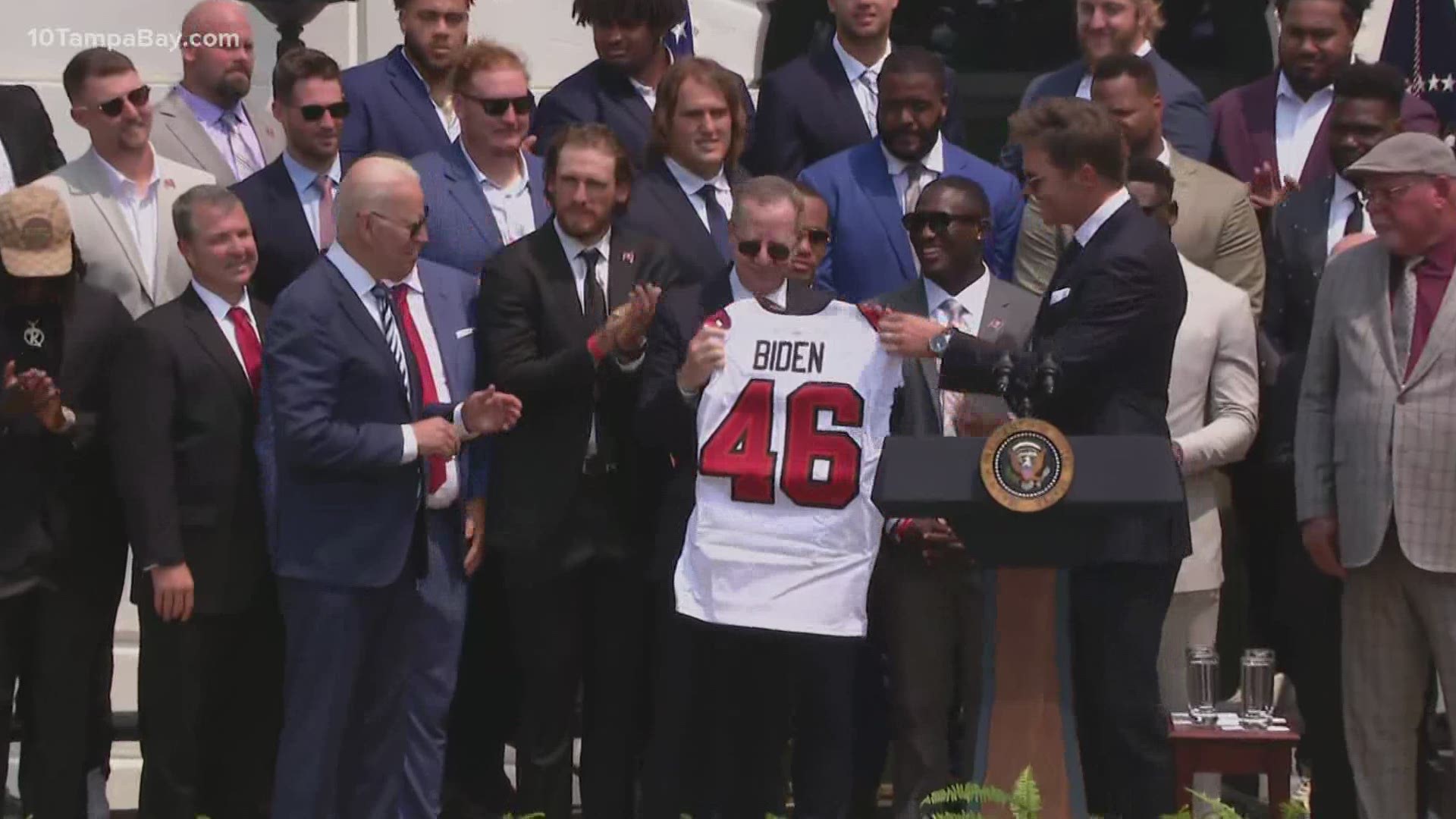 That's the question everyone keeps asking. So much so that during the Bucs' visit to the White House Tuesday, President Joe Biden cracked a joke about the quarterback's longevity in the NFL.

"You've got about 20 years left," Biden said during the ceremony for the Super Bowl champs.

At 43 years old and with seven super bowl championships under his belt, the question remains, how many more years does the GOAT have in him?

According to his trainer, Alex Guerrero, he expects him to play at least two more years.

"I would expect him to play this year and next year," Guerrero said on The Adam Schefter Podcast.

But that's not written in stone.

"I want to honor my promise to him in helping him with his goal and if his goal changes, no problem," Guerrero told Schefter's show.

Brady has previously said 45 was the age that he wanted to reach in his NFL career after Bucs general manager Jason Licht said he'd like the GOAT play until he's 50.

RELATED: 'Even for me, that's a long time': Tom Brady hints he'd retire from the NFL before 50

RELATED: 'You understand that, Mr. President': Brady jokes with Biden about people not thinking they won

What happens if Brady reaches 45 but feels like he has more left in the tank? He wouldn't be the only quarterback to double back on retirement.

Brady signed his contract extension in March 2021 which puts the 43-year-old on track to meet his original estimate for how long he plans to play professionally. Under his current extension, Brady would break the record for the oldest quarterback to start in the NFL. Steve DeBerg currently holds the record at 44 years and 279 days old.

During his more than two decades of playing in the NFL Brady has seen 10 Super Bowl trips, seven titles, four MVPs and the most touchdown passes in regular-season history, among others.