Footage released in the trailer dates back to Brady's high school days. 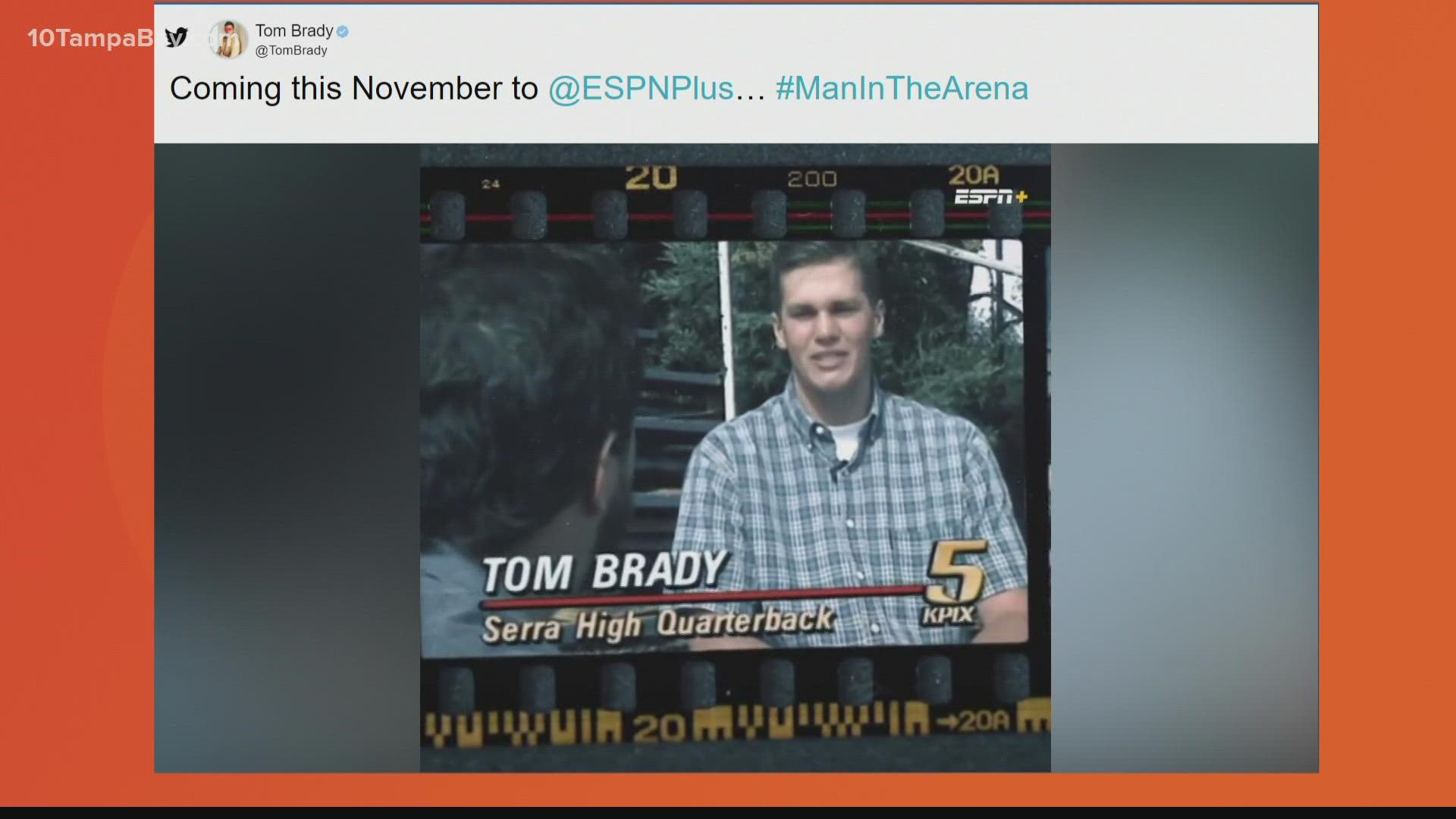 TAMPA, Fla. — The GOAT is getting a docuseries. Tom Brady shared a trailer to "Man in the Arena" on Twitter.

The short clip features video from his time with the New England Patriots, hanging out with his three kids and even a high school interview, where he says, "everybody tells me I have a pretty strong arm, which is good, I'm pretty accurate with it."

And accurate he is. Brady has appeared in 10 Super Bowls, winning seven of them. The latest one being in 2021 with the Tampa Bay Buccaneers.

At Thursday's season opener against the Dallas Cowboys, Brady set a new record becoming the first player in the NFL to make 300 career starts.

Tom Brady was the 199th pick in the sixth round of the 2000 Draft, according to CBS Sports. Due to his success over his more than 21 years in the NFL, he has "devalued the importance of selecting a franchise quarterback in the first round," CBS Sports said.

Deadline reports it is a multipart docuseries. Tom Brady's documentary will drop on ESPN+ November 2021.