Throughout Brady's 20-year NFL career, a few things have held constant; his drive, his ability to rack up Super Bowl rings, and his love for his family. 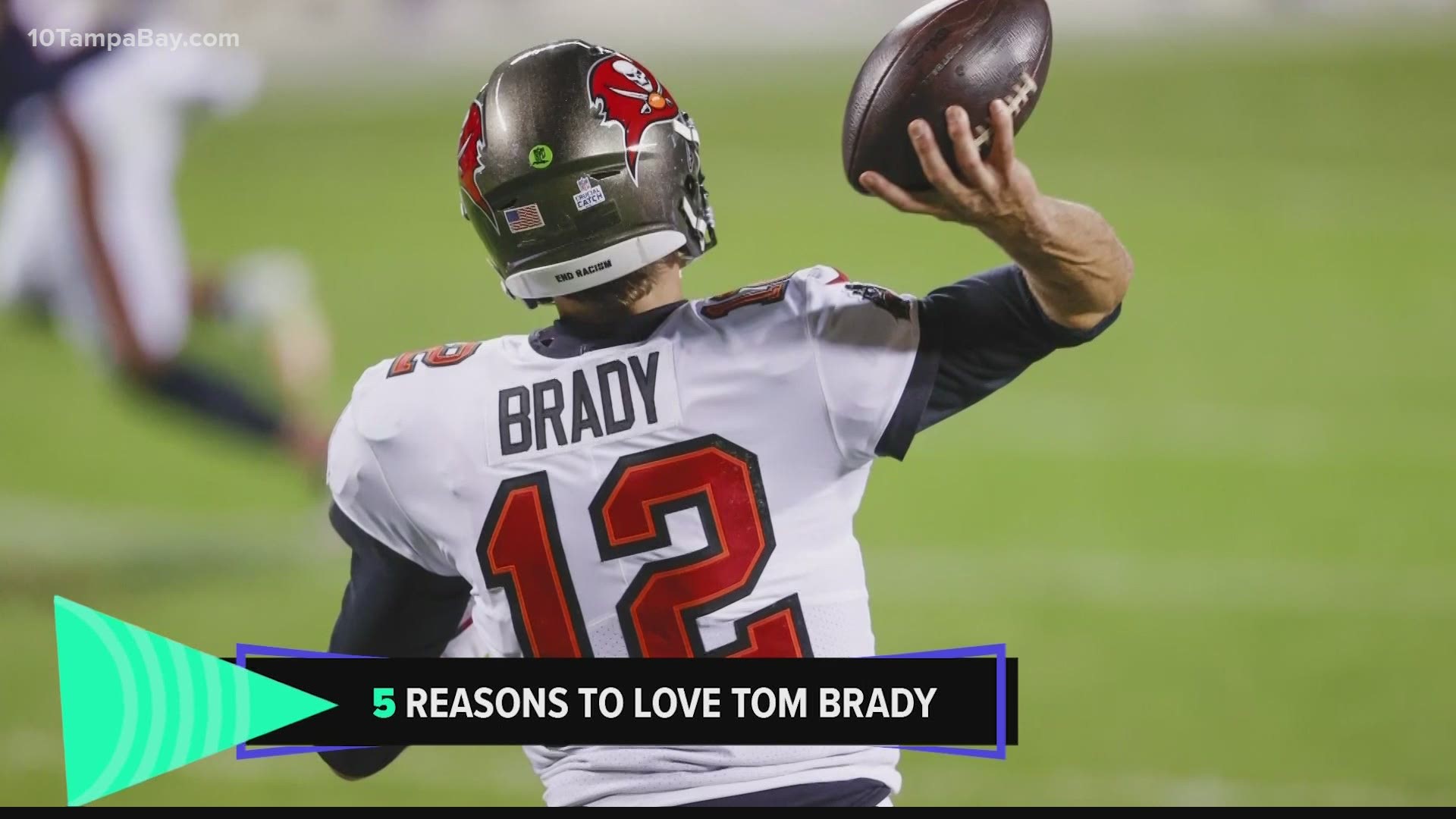 TAMPA, Fla — “Can I say hi to my son?” Tom Brady asked moments after winning the NFC Championship against the Green Bay Packers. He rushed over to the stands, climbed the barrier, and hugged his 13-year-old son, Jack. “Love you, kiddo," he told him.

Throughout Brady's 20-year NFL career, a few things have held constant: his drive and dedication, his ability to rack up Super Bowl rings, and his love for his family.

When the legendary quarterback isn't throwing monster touchdown passes, you can find him at home with his wife Gisele and three kids Jack, Ben, and Vivi.

Brady's wife Gisele Bündchen is one of the most recognizable supermodels in the world. The Brazilian activist and businesswoman is one of the top-earners in the fashion industry with several clothing, fragrance, and beauty ventures.

Bündchen became a stepmom to Brady's son Jack when the two tied the knot in 2009. The duo later had their other children, Benjamin and Vivian.

The first photo is where we met and the second is what we’ve become. You have always been the one to hold us up and you love us the way no one else can. And we love you so much in return. Happy Anniversary Love of my Life 😍😍😍 @giseleofficial pic.twitter.com/nlEbseIMnP

Tom and Giselle love to share special moments with their kids Jack, 13, Benjamin,11, and Vivian,8, on social media.

In an interview with Men's Health, Brady shared what it's like to parent three kids with such different personalities.

“Jack is just like me — he holds a lot in. Benny lets it all out. Vivi, she doesn’t care,” he said. “They’re going to be their own selves, not who you want them to be.”

You can be sure the Brady kids will be cheering on their dad this Sunday at Super Bowl LV right here in Tampa Bay.

"We are already cheering here papai! We love you!" Gisele said on Instagram.  "Let’s go Bucs!!!"