The offensive tackle used all his football skills to reel in the big one. 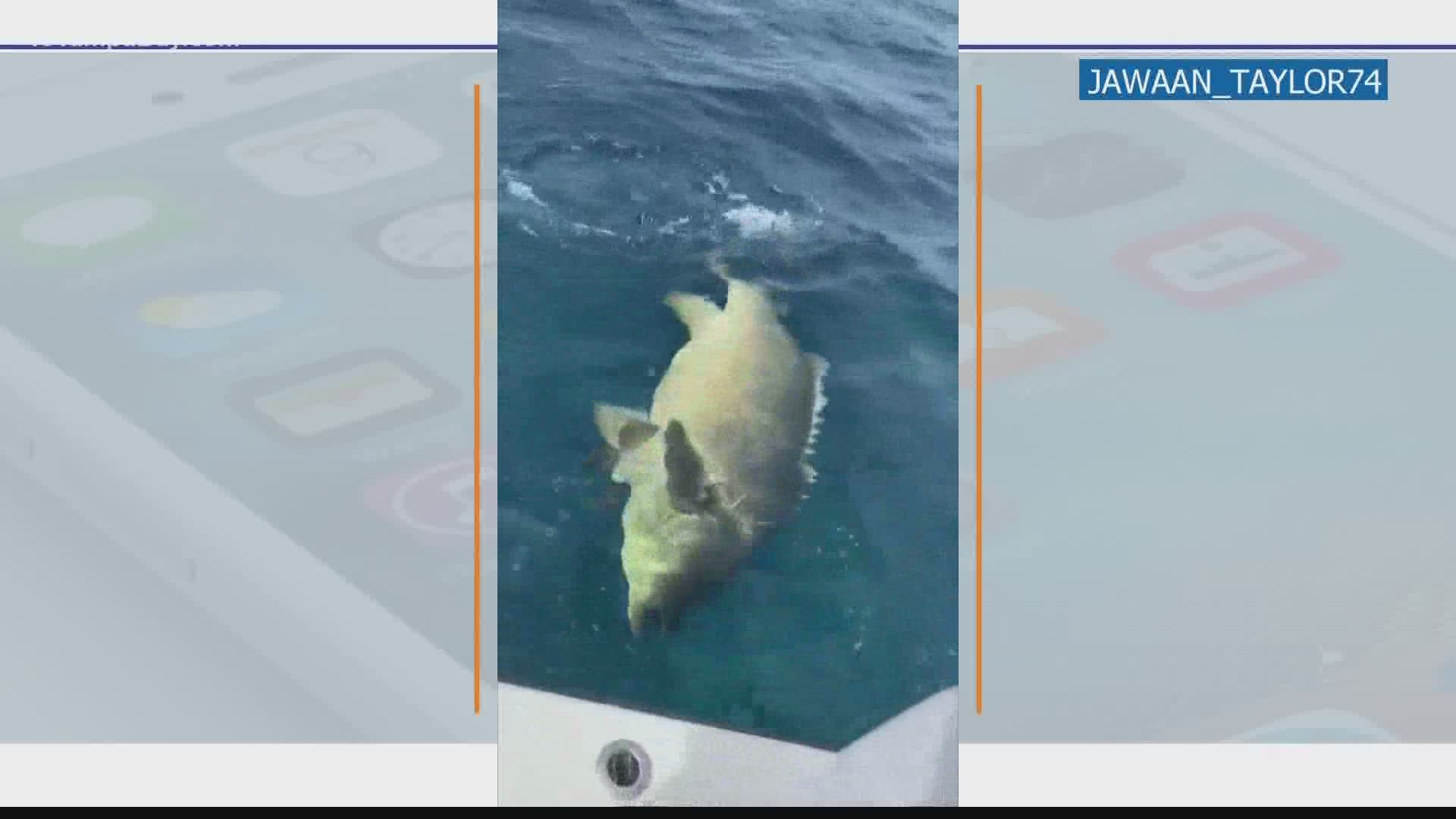 JACKSONVILLE, Fla. — It's not something you see - or catch - every day!

Jacksonville Jaguars offensive tackle Jawaan Taylor now has an epic fish tale to tell his teammates when practice and the new NFL season returns this year.

The former Gator caught a 400-pound Goliath grouper during a fishing trip.

A viral video posted Thursday shows the football player using everything he has to reel in the monster fish. At one point, Jawaan compared capturing the grouper to "pulling up a bus."

All his hard work paid off - at the end of the video, you can see the massive fish coming up out of the water. Jawaan later posted a photo to Twitter showing off the giant catch.

According to Florida Fish and Wildlife, Atlantic Goliath groupers can grow up to 8 feet and weigh up to 800 pounds. They are the largest grouper species in the western Atlantic. They can also live up to 50 years.

The record size catch of a Goliath grouper is 680 pounds caught near Fernandina Beach in 1961.

RELATED: Scientists figure out how snakes can fly

RELATED: After a month in rehab, a manatee mom and her calf head home

RELATED: Man expected to survive after getting bit in face by alligator