The athletics program will use the money to build a new athletic field, which was destroyed by Sunday's tornado. 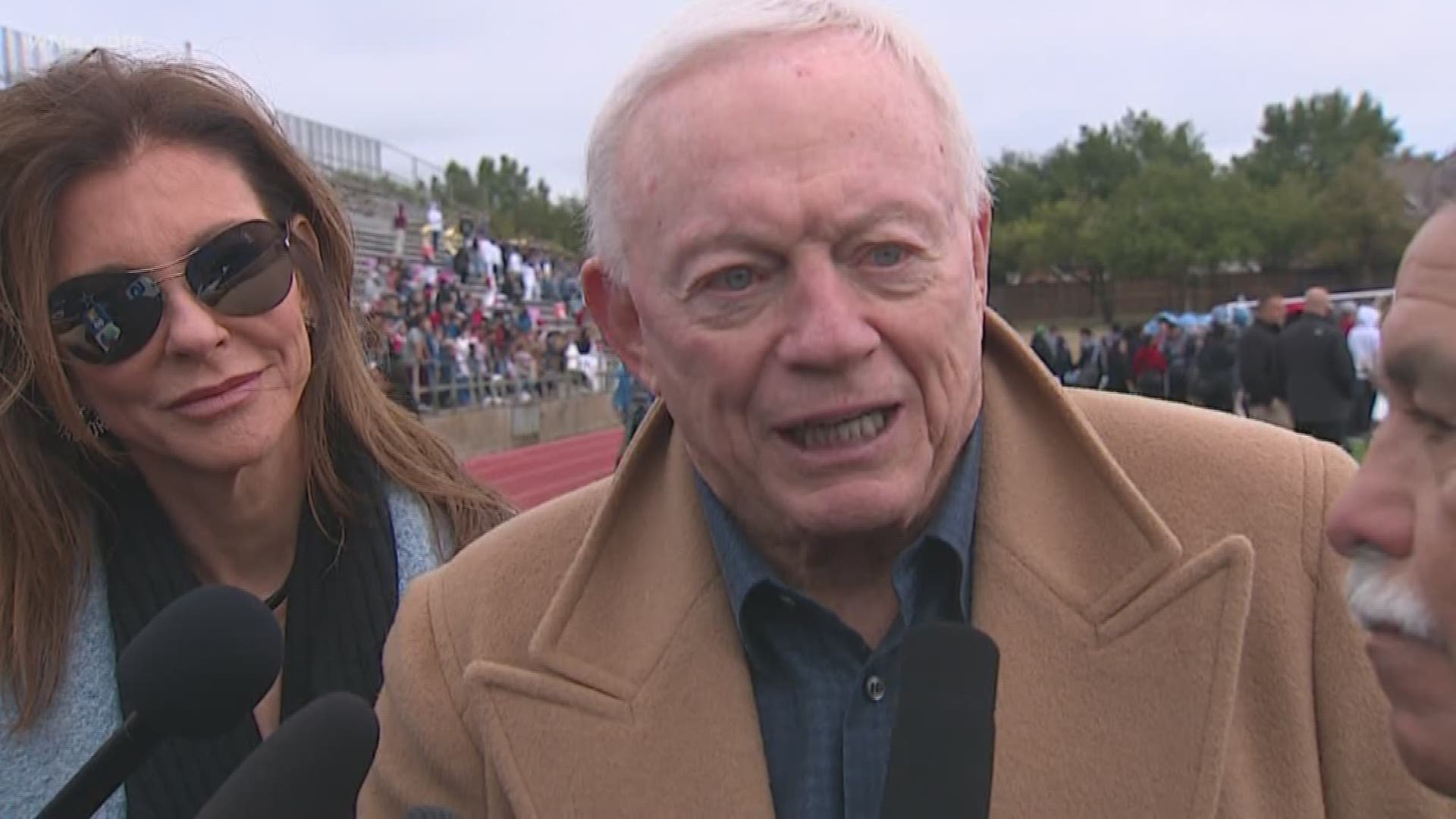 The school's homecoming game was postponed for Saturday morning against Spruce High School and relocated to Loos Stadium following the devastating tornadoes that ripped through their home campus and surrounding neighborhoods.

The Dallas Cowboys owner surprised the team on the field before the game.

The Dallas Cowboys cheerleaders and mascot were also in attendance along with Jerry Jones himself, offering support to students, coaches and staff.

“This is life changing for the TJ Community,” Principal Sandi Massey said.

The Dallas Cowboys said that Hellas Construction, the official turf provider of the Cowboys, will partner with Dallas ISD for this project, according to a statement released by the NFL Foundation and the Dallas Cowboys.

“We are saddened by the devastation that these storms brought upon our community, and we and eager and determined to help get the rebuilding process started," Dallas Cowboys Executive Vice President, Charlotte Jones Anderson said in the statement.

Saturday afternoon, Dallas ISD announced on Twitter that Mark Cuban will also donate a total of $1.1 million to the help support schools impacted by Sunday's storms.

On Thursday, Cuban had announced he would donate $100,000 to help storm victims. But he increased the donation amount Saturday.

The money will be used for the most urgent needs of the schools impacted by the EF-3 tornado that tore through North Dallas.

RELATED: 'Some families will never be the same': Recovery from Dallas tornado split along economic lines

RELATED: Right on the Money: Stats show your home is probably under-insured