The former Houston Texans star was the first to tweet the news with a photo of himself in his new team's gear. 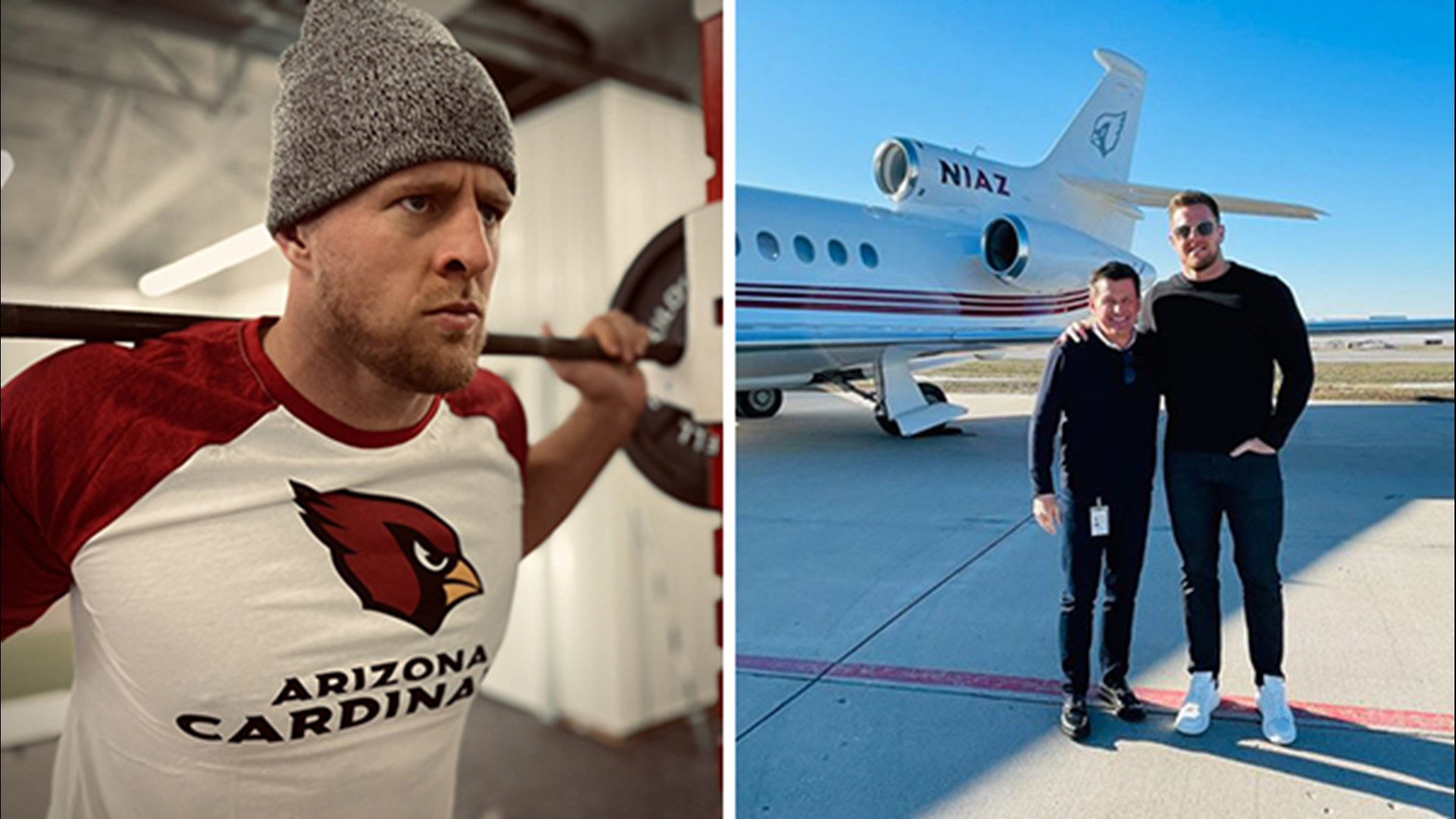 Note: the video in this story is from a Feb. 12 broadcast and covers J.J.'s comments after leaving the Texans

Watt posted a photo on Twitter on Monday morning with the caption "Source: Me." It shows him wearing an Arizona Cardinals shirt.

About 15 minutes later, Arizona's official Twitter account made it clear for anyone who was still confused: "Welcome to the Valley, @JJWatt! We have agreed to terms with J.J. Watt on a two-year contract."

By Monday afternoon, Watt was on board a private plane headed to Arizona with his wife, Chicago Red Stars soccer star Kealia Ohai Watt.

Cardinals owner Michael Bidwell, who owns the plane, flew to pick up the couple.

ESPN's Adam Schefter reported, according to his sources, Watt is getting a $31 million, two-year deal with $23 million guaranteed.

pretty convenient when the owner is also a pilot...

This deal also reunites Watt with former Texans wide receiver DeAndre Hopkins, who was traded to the Cardinals during the 2020 offseason.

Based on this Instagram post from only a week ago, Hopkins should be happy about today's news. He posted a photo of him and J.J. together and wrote "Let’s finish what we started..."

Welcome to the Valley, @JJWatt!

We have agreed to terms with J.J. Watt on a two-year contract.

The Cardinals host the Texans this season and travel to Dallas to take on the Cowboys. The dates haven't been announced yet.

Watt's choice surprised a lot of people since Watt his made it clear he wanted to join a Super Bowl contender. The Cardinals finished 8-8 last season and third in their NFC West division.

But with a stacked defense and promising young quarterback Kyler Murray, the future looks brighter.

Last month, Watt announced via Twitter that he asked the owners of the Texans for his release and they "mutually agreed to part ways."

As a first-class champion on and off the field, Watt has become one of the most beloved athletes in Houston history.

RELATED: 'Thank you Houston. I love you' | JJ Watt asks Houston Texans to release him and they agreed

Oh by the way, the @AZCardinals are one of the Texans road games on their 2021 schedule

In an emotional message, the three-time Defensive Player of the Year  expressed his love for the people of Houston. Read more and watch that story here.

J.J.'s departure from Houston wasn't a shock, but it was disappointing for fans.

At a press conference in late December, J.J. delivered an honest rant on the status of the team, saying he felt bad for the fans: