Harris has only played football for six years. His size and potential are making him one of the biggest sleeper's in the 2021 NFL Draft. 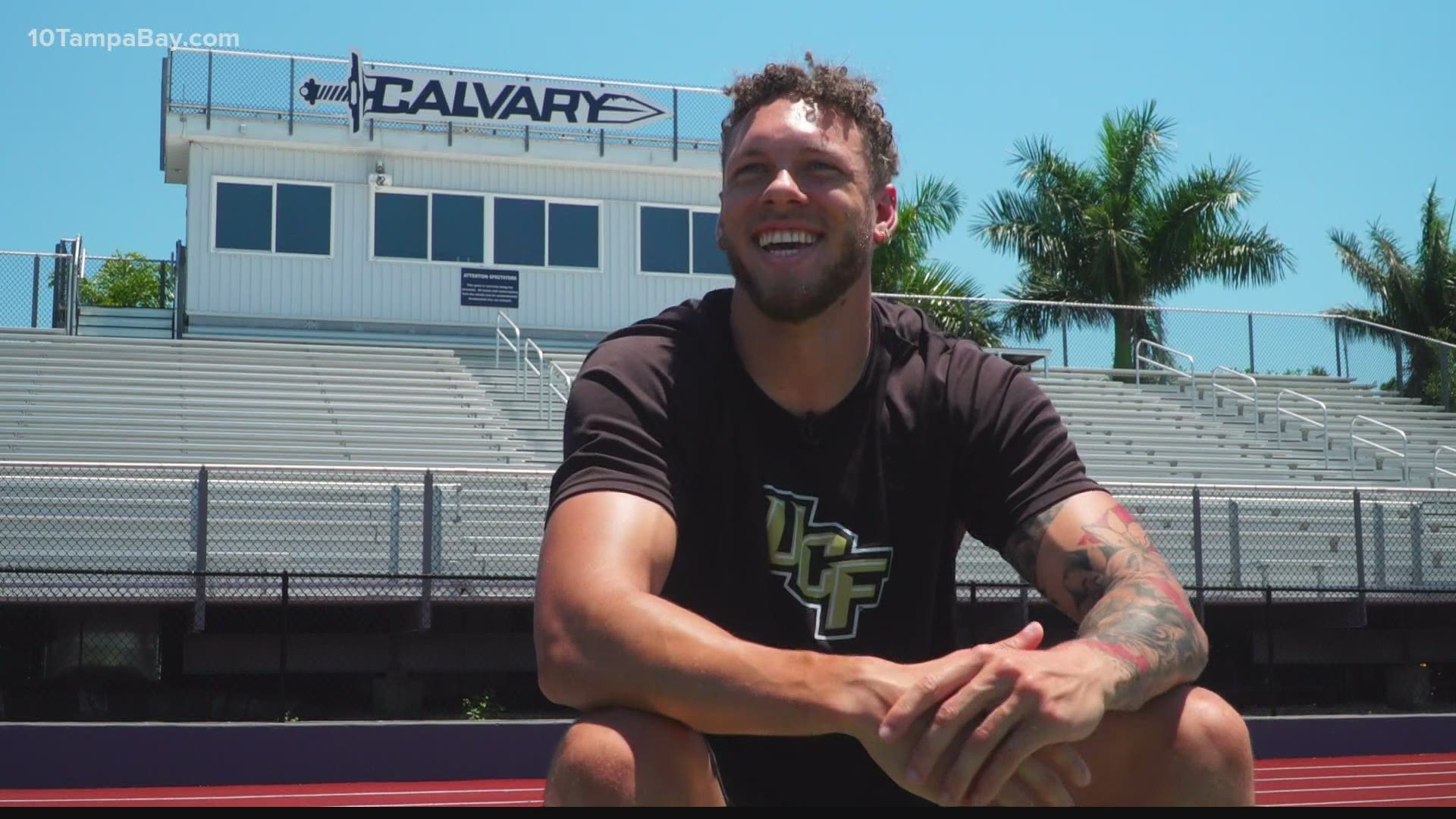 CLEARWATER, Fla. — For Palm Harbor native Jacob Harris, he is not afraid of working hard and uncertainty.

“I haven’t had a break," Harris says with a laugh. "But this is what I love doing.”

With the NFL Draft approaching, his schedule has been packed.

“I’ve lost count of how many meetings (I've had)," Harris said. "I wasn’t really keeping track, but I can say I have at least talked with every team once.”

The UCF product is projected to be a day three selection as a receiver or tight end.

“First and foremost, (I've) barely scratched the surface with my potential. I’m a versatile guy," Harris said. "You can put me anywhere.”

His high school coach Reggie Crume, who is now at Calvary Christian, understands the promise and intrigue surrounding his former player’s projection.

“You know he’s a kid who is a sleeper because he’s not one of those kids who comes in as a three or four or five-star out of high school on people’s radar,” Crume said.

The first time Harris stepped on the football field he knew he wanted to play at the next level, the only problem is he started suiting up his senior year of high school.

“I was verbally committed to Florida Gulf Coast for a week for soccer before I made the wrong decision," Harris said.

Former Palm Harbor University High School head coach Crume said, “I'll never forget -- I was driving down Highway 19 and I get a call from Jacob saying he wanted to play football in college and I was shocked.”

This was not only a personal risk, but a financial risk for his family turning down a free ride.

“Not as much of a tough decision for me as it was for my mom," Harris said laughing. "We had a talk about how long I can really pursue football when it’s costing a lot of money.”

After a quick stint at Western Kentucky, he found a home with the Knights. After grinding on special teams, he eventually earned that scholarship.

"That was a weight lifted off of our shoulders," said Harris, who caught eight touchdowns on 30 receptions his senior year with UCF.

If Harris could choose any team to be with, he would love to stay here with the Super Bowl Champs in Tampa Bay.

“It would mean a lot to my family, but at the end of the day I’m happy to go anywhere,” Harris said.

There’s no fear of the future.

“If it’s something you have passion in or has piqued your interest, you’ll regret it if you don’t pursue it,” Harris said.

He is a man who knows a good risk can pay off.