Panthers fan becomes a waterboy after getting 10,000 retweets

'How many retweets to become a Waterboy?' That little tweet went a long way for this Panthers fan. 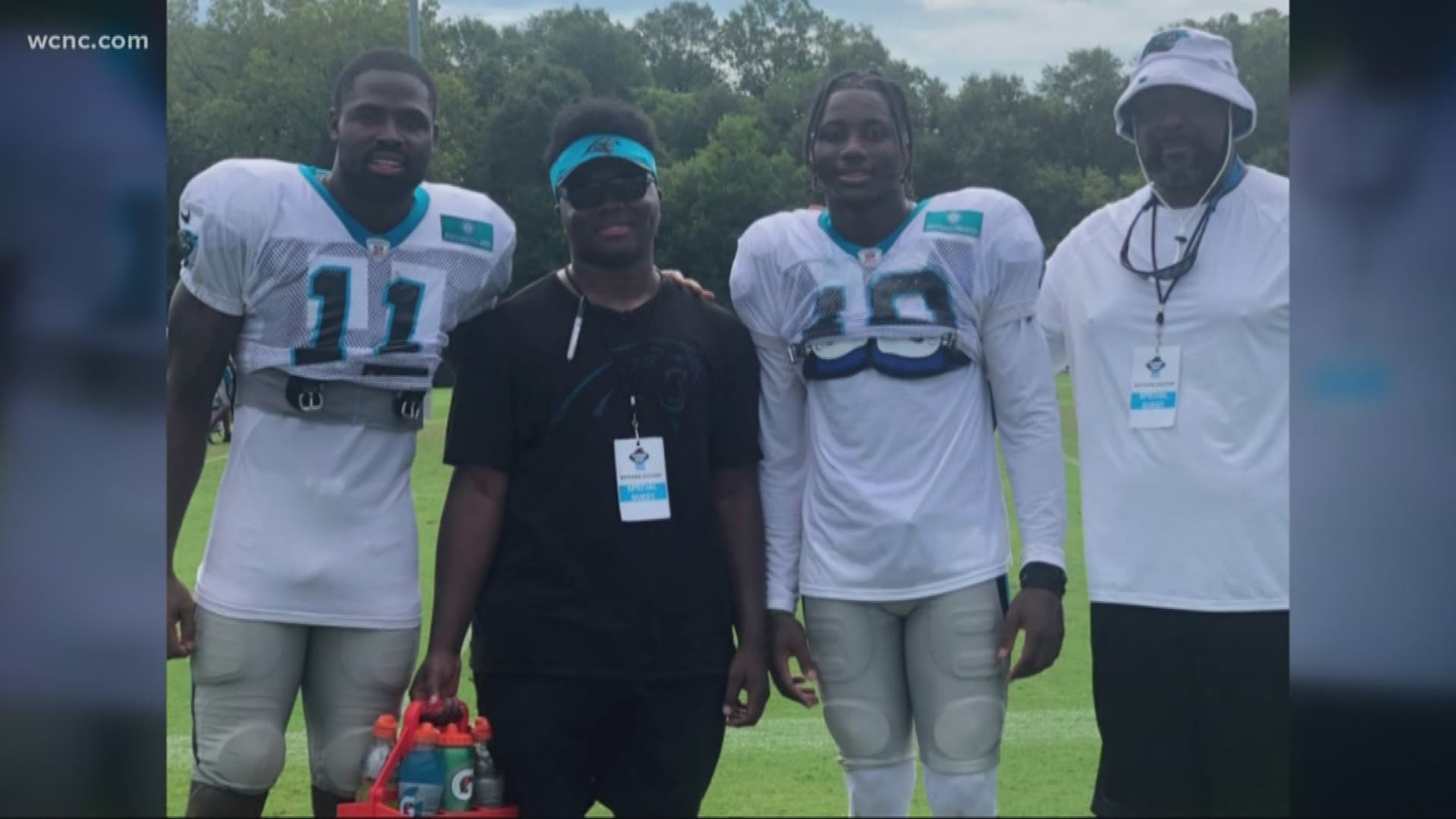 SPARTANBURG, S.C. — A Panthers super-fan has Twitter to thank for making a dream come true. On August 11, a young fan named Christopher Borden tweeted at the Panthers, asking how many retweets his post needed to become a waterboy for the team.

Social media did its thing, and that tweet ended up getting over 11,700 retweets and counting. Best of all, the Panthers followed through on the offer.

Then on Wednesday afternoon, the team posted a picture of Chris on the last day of training camp with the team -- water bottle in hand, covered in Panthers gear, and a smile on his face.

In a video posted to the Panthers twitter account, he can be seen giving water to different players, one saying, "I think we need you out here more."

It goes to show the impact that one tweet can have -- especially when it's tweeted at the Carolina Panthers.

No word on if he'll continue to be a waterboy or go back to being a diehard fan on the sidelines, but in response to the day, Borden tweeted "Best day of my life."