The beer is called "Tratorade." 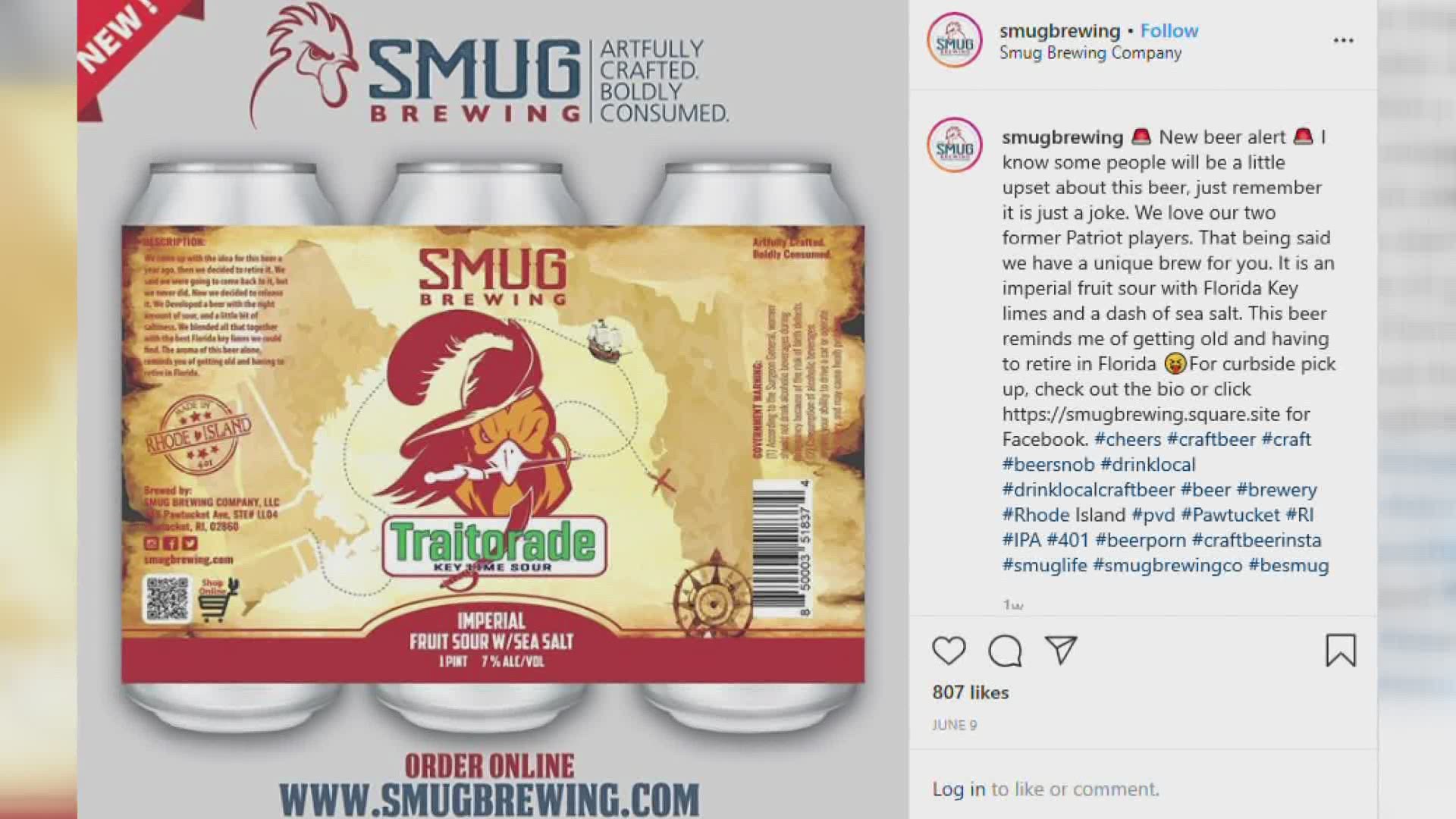 PAWTUCKET, R.I. — 2020 has been a tough year for sports fans and this NFL off-season has been especially tough for the New England Patriots fanbase

While fans were getting ready for another trip to the AFC playoffs, quarterback Tom Brady had other plans.

On March 17, the starting quarterback of the New England Patriots for the last 18 seasons released a 'Thank You' to Patriots nation. Days later it was announced that Thomas Edward Patrick Brady Jr. would become the newest quarterback for the Tampa Bay Buccaneers.

The quarterback who led New England to six super bowl wins, won more hearts off the field than he did throw touchdowns on the field (541 regular season touchdowns so far).

The name Tom Brady didn't just become a New England household name in the early 2000s, it became a rallying cry and a sense of hope.

"It's okay, we still have Tom Brady."

When Brady left for Tampa fans didn't think it could get worse. But it did.

Rob Gronkowski, arguably the greatest Tight End the NFL has ever seen, made it known he loved playing with Brady. Brady to Gronk was a combo that gave opposing defenses nightmares and quickly became one of the league's deadliest duos.

With Gronk being in retirement this past season, every 'Sully' and 'O'Brien' in Boston expected No. 87 to come back to New England before the playoffs to help his pal Tom.

Gronk did want to come back and help his quarterback, but not in Foxborough.

Now, the two are teaming up in Tampa and it is leaving a sour taste in the mouths of thousands of Patriots fans.

A sour taste that Smug Brewing Company in Pawtucket can measure.

The brewery released a new beer, an Imperial Fruit Sour with Florida Key Limes, and a dash of seas salt. The beverage is appropriately named 'Traitorade', in reference to Brady and Gronk leaving New England.

The logo on the cans is the old Tampa Bay Buccaneers mascot, just to make sure you fully understand the joke.

The beer is 7% alc. which would be the number of Super Bowl rings on Brady's hand if he wins one during his two-year contract with the Bucs.

Smug Brewing posted the new beer on its Instagram saying "We love our two former Patriot players." And wanted to remind its customers the beer is just a joke.

But what isn't a joke is now, for the first time since 2000, the Patriots will have a new QB starting week 1 in Gillette Stadium. The Pats host the Dolphins on Sept. 13 at 1 p.m.