UPDATE: Insiders say a Bucs Super Bowl parade will happen after all, but it won't be on land

Tampa leaders have not yet publicly released their Super Bowl celebration plans. 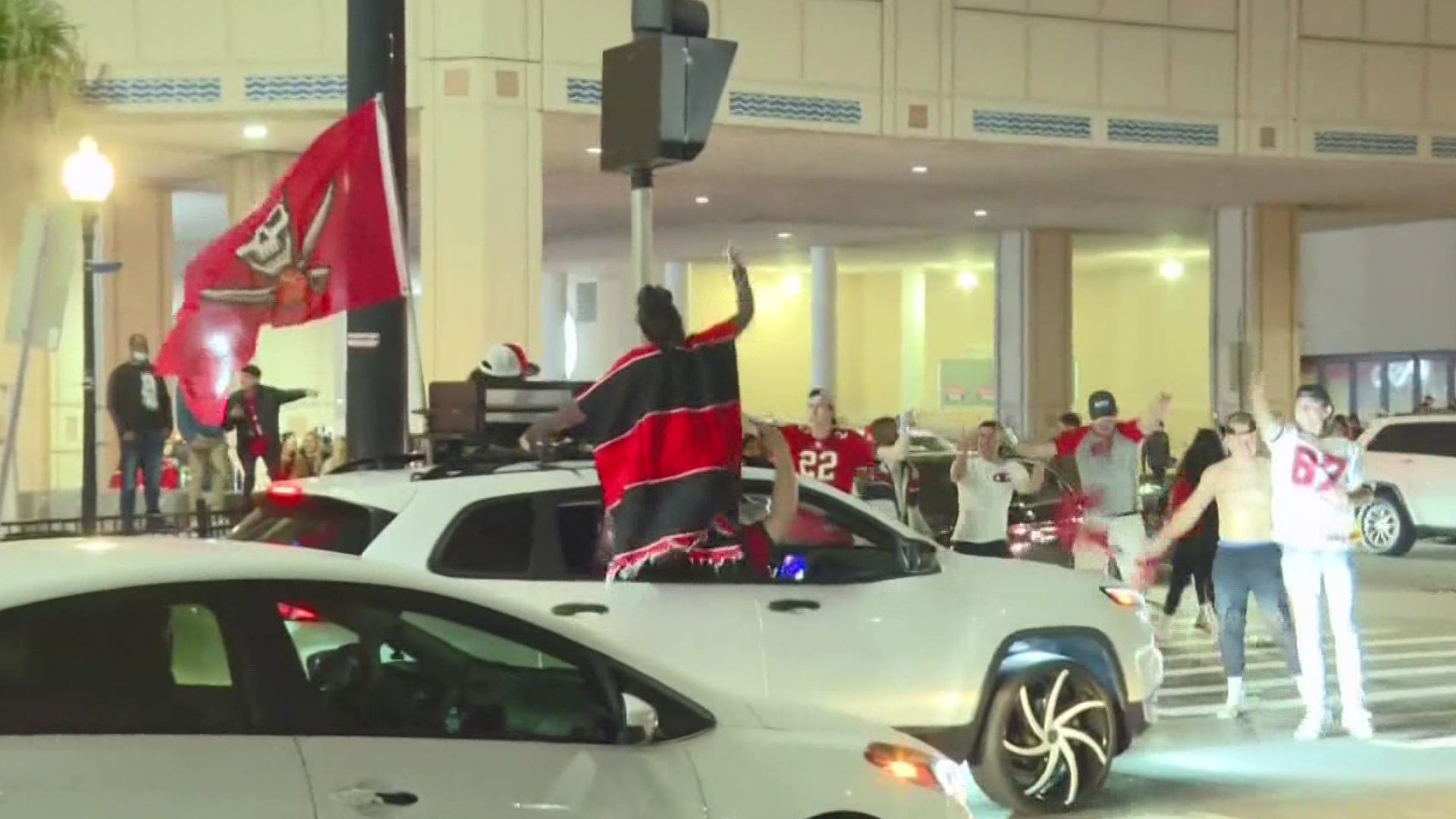 The city of Tampa is expected to reveal its Buccaneers Super Bowl victory celebration plans as early as Tuesday or Wednesday.

An interview with head coach Bruce Arians suggested a parade was off the table. But, multiple sources now tell 10 Tampa Bay a parade will happen. It just won't be traditional in the way Arians was thinking.

Speaking with the Los Angeles Times on Monday morning, Arians initially indicated there would not be a victory parade.

“The icing — well, not the icing on the cake, but the icing off the cake is we can’t have a parade," Arians told the newspaper. "First Super Bowl team winners that can’t have a parade, because of the pandemic. It’s melancholy or whatever it is, but I want to get on a damn truck and ride through the city with the damn trophy, man. Watch the fans. This is their trophy.”

But, on Tuesday, multiple sources with knowledge of the plans told 10 Tampa Bay a champion boat parade is being planned, and it will likely happen on Wednesday. So, the Bucs will be on the water, instead of on land.

The city has not publicly commented on the boat parade plans, but Tampa Mayor Jane Castor previously stated there would be some form of celebration.

"We are in the process of planning that. We can't have a historical event of this significance in our community and not celebrate," Castor said Monday. "We will do it in a safe manner."

"We definitely have to celebrate this momentous occasion," she added.

Back in September, the Tampa Bay Lightning held a boat parade to celebrate their Stanley Cup win. People crowded along the Tampa Riverwalk to cheer on the NHL team. It looked like a "frat party," USF public health specialist Dr. Jay Wolfson said at the time of the Lightning celebration, "dangerous" from the view of a public health expert.

Castor suggested Monday that the city did not see COVID spikes after the Stanley Cup events that could be connected back to the celebrations. And, she's right.

We've broken down that data here. But, in short: Although it appears the daily COVID-19 case count ticked upward in October so, too, did cases across the U.S. as the coronavirus began to spread more rapidly leading up to Election Day. So, there wasn't a clear link to the Bolts celebrations.

Arians told the Los Angeles Times he often acted as the "mask police" with the strict COVID protocols throughout the Bucs' season.

10 Tampa Bay has reached out to the Bucs and the city for comment on Arians' remarks that there might not be a post-Super Bowl parade. We will update this story if we hear back.

RELATED: Will Super Bowl LV lead to a COVID spike? Let's look to the Lightning celebration

RELATED: 'We f---ing did it': Super Bowl streaker linked to YouTuber with history of similar stunts