It's an impressive and heart-stopping throw you'll just have to see for yourself. 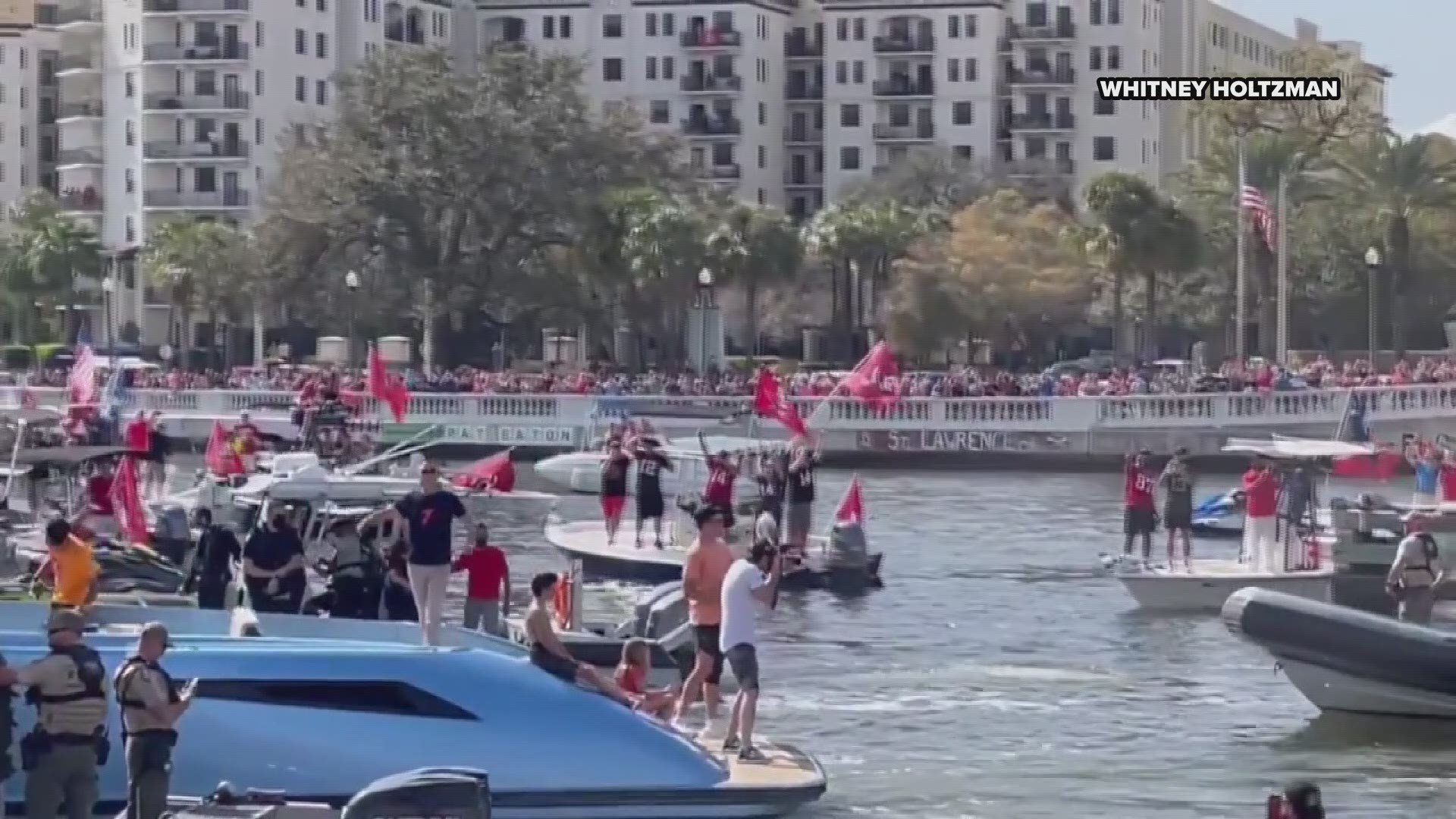 TAMPA, Fla — We all know they call Tom Brady the GOAT for a reason, but during the Buccaneers' Super Bowl LV boat parade the quarterback added one more to the list.

In a heart-stopping, jaw-dropping and all-around impressive moment you have to see to believe the 43-year-old MVP tossed the $10,000 Lombardi Trophy from his boat to Cameron Brate...on another boat.

Yes, you read that right. Brady chucked the one-of-a-kind sterling silver trophy created by Tiffany and Co. over the Hillsborough River with ease.

Did @TomBrady just...throw...the VINCE LOMBARDI TROPHY 🤯!? Good thing he is the GOAT 🐐 https://t.co/GHuQsbsyIz

Thankfully Brate brought the same great precision that has led him to touchdowns and receptions this season and secured the Lombardi's safety.

Wednesday's boat parade was in honor of the Buccaneers' dominant performance that led them to a 31-9 victory over the Kansas City Chiefs. The team's victory marked the first time in NFL history a team not only played in a Super Bowl at their home stadium but also won it.

For the future let's just save the impressive passes for game-winning touchdowns.