LJ Govoni talked to his new friend Tuesday on a Zoom call. 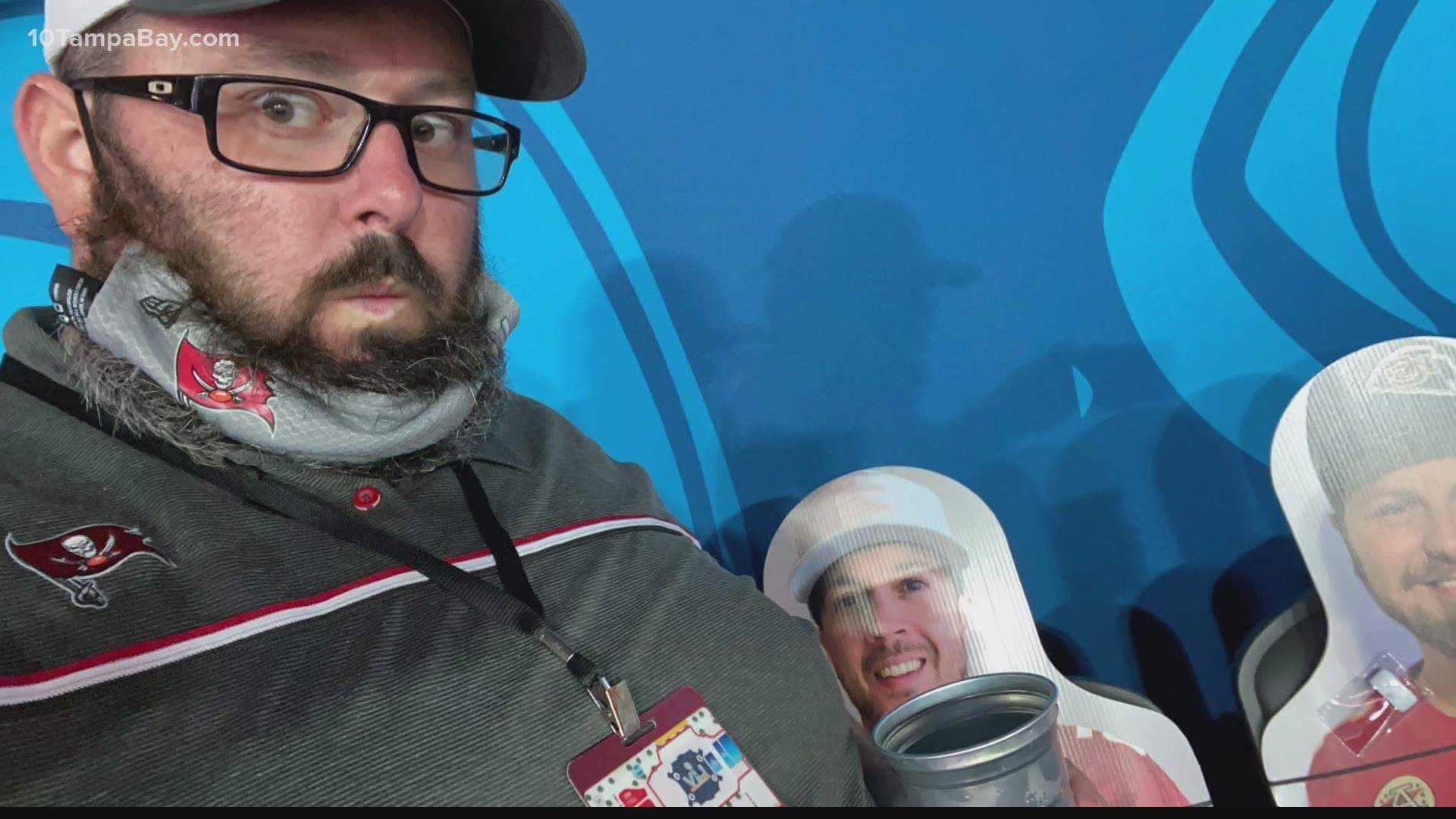 TAMPA, Fla — The Super Bowl LV crowd looked a little different this year as thousands of seats in the stadium were filled with cardboard cutouts instead of real people.

One Bucs fan made the most of the situation and enjoyed the history-making game next to his new cardboard friend named "Frank."

LJ Govoni, business owner and Bucs season ticket holder, tweeted pictures throughout the game asking for help identifying and locating the Chiefs fan who was watching the game next to him in spirit.

The fact that the two were rooting for opposite teams didn't stop them from having fun. They shared laughs, beers, and even chicken fingers.

After several social media pleas and fans rallying to help LJ get the word out, "Frank" has been found!

His real name is Clayton Whipple and he lives in Iowa. Whipple and Govoni will talk for the first time today on a Zoom call.

We'll have to wait and see if Whipple takes up Govoni's offer to fly him to Florida to have a couple of beers in person at the brewery he co-owns, Big Storm Brewing.

RELATED: Ray Jay to be filled with cutout fans for Super Bowl LV