Citations for bars and restaurants come with fines and the potential to lose wet zoning. 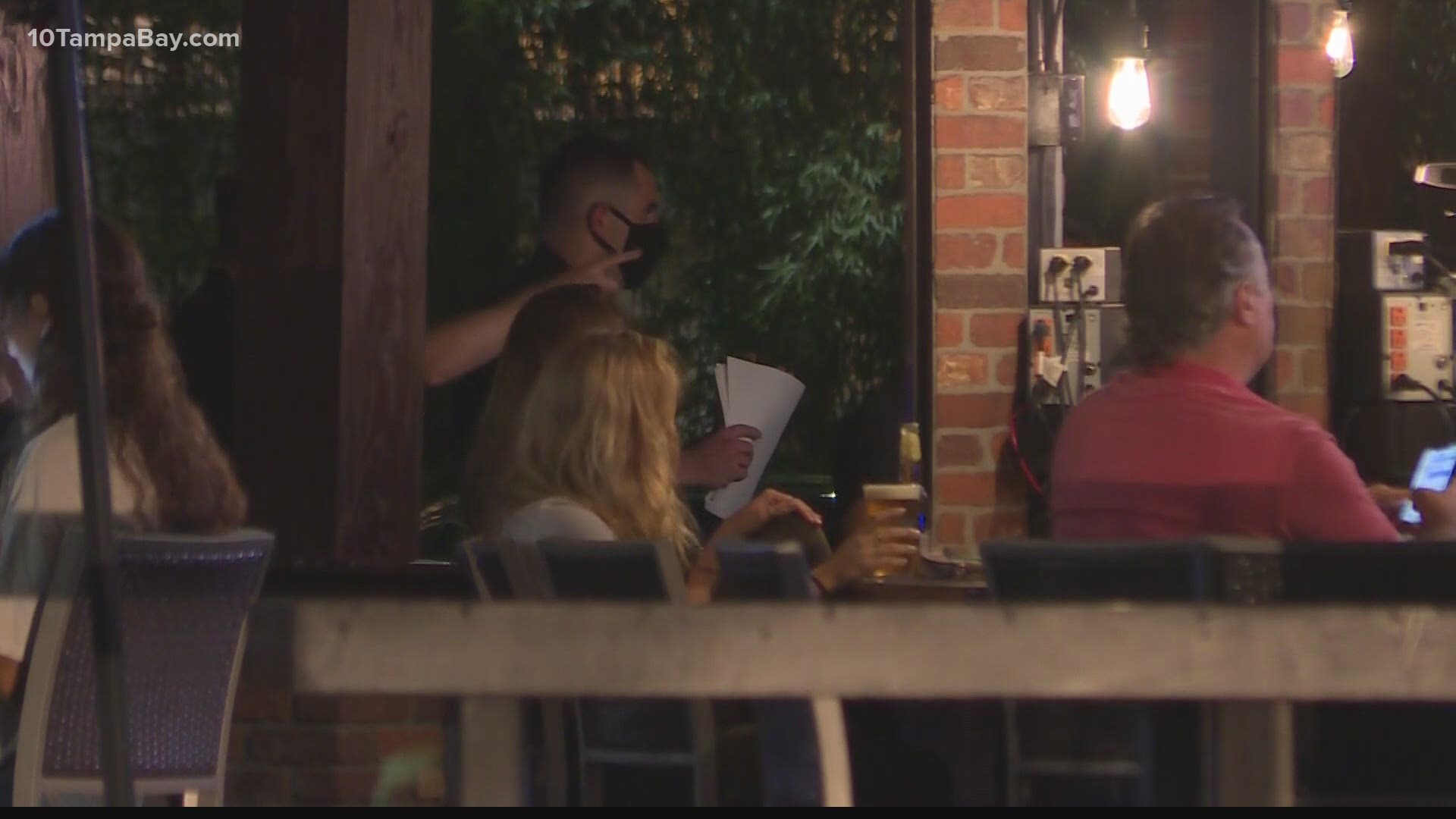 TAMPA, Fla. — Tampa is alive with energy, especially the day before the Super Bowl. Every where you turn there are people. A big difference from the early months of the pandemic.

But with the excitement and crowds, has come an increased need for enforcement.

"Okay, so when we go in, what we're looking for, if we're going to give a citation is like blatant disregard for the rules," explained Keith O'Connor, the manager of the neighborhood enhancement division in Tampa, which oversees the code enforcement division. "So if there's one or two people without masks on, it's just a warning, make sure they have masks.

But if you go in and you see a dance floor with 30 or 40 people on the dance floor that shouldn't be there to begin with, and they don't have masks on and they're not social distancing, then they would get a citation."

Code enforcement inspectors have been out inspecting all weeks. Some officers are targeting the outdoor "event zone," and "entertainment zone" where masks are required. Others are heading into bars, clubs, and restaurants to ensure compliance there.

So far, no individuals have been given citations. but there have multiple bars and restaurants that have been. This week, Tap House, Catrina's Tacos, and Penthouse were all given first citations. Qvesoir was given their second citation.

Another establishment that garnered attention was WTR. Code enforcement was there at 10:30 p.m. on Saturday when they say things were calmer.

"There were some patrons that did not have masks. But it wasn't like a flagrant violation where they were not attempting to keep everybody in compliance. So they were given a verbal warning for the people who were not wearing masks," said O'Connor.

Later in the evening, photos and videos were captured of the event showing large crowds and lacking mask-wearing.

The Tampa Police Department responded to the party saying, "Scenes from WTR last night and a few other clubs were incredibly disappointing. The city spent the better part of a year educating residents on precautions due to the pandemic and have recently put a mask order in place for both the entertainment and event zones to ensure the safety of our residents and visitors to our great City.

When the Governor lifted the capacity restrictions and opened bars, we turned to the tight knit hospitality community to reopen safe & sound but there’s a level of personal responsibility that must be followed or risk getting shut down.”

"We'll come back later to ensure compliance, if they're not in compliance, they could get a citation," said O'Connor.

Those citations come with fines and repercussions. The first offense is $150, second $300, and any other offenses past that are $450. O'Connor also says if any establishment gets a second citation, they will have to go before city council and they could have their wet zoning suspended for 30 days.