Deputy Clinton Stearns tackled a streaker with around 5 minutes left in the fourth quarter. 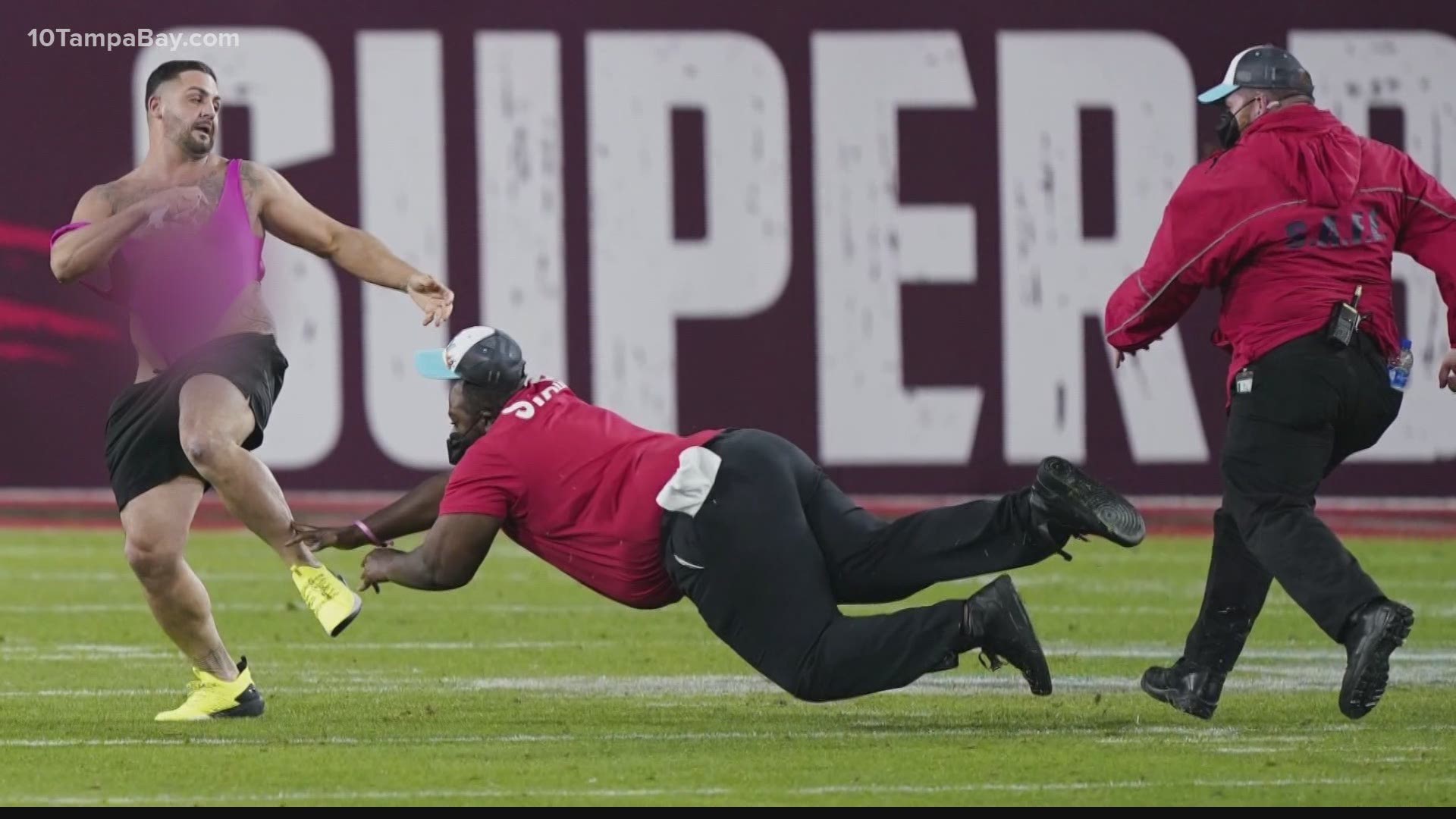 TAMPA, Fla. — There were a lot of big hits in Super Bowl LV, but one, in particular, is getting lots of attention on social media.

It’s the tackle made by Hillsborough County Sheriff’s Office Deputy Clinton Stearns after a streaker ran onto the field in the fourth quarter.

Stearns says he never imagined he’d be making one of the game’s biggest plays.

“Not in a million years,” said Stearns, who was initially assigned to work up in the nosebleed section but was later sent down to field level and was in the tunnel with about 5 minutes left in the game when he heard a commotion.

“At the time I couldn’t see very well,” Stearns said. “I could hear the crowd yelling and screaming and then at that time I came out of the tunnel and did observe security chasing him.”

“He was able to get away from a couple of them -- at that time sergeant asked me to react and take care of the problem.”

And apparently, he was just the man for the job. Stearns grew up playing football in Plant City and even tried walking on at USF before becoming a deputy.

“Halfway through, I did have doubts of missing him, but it just worked out perfect where I was able to still tackle him,” Stearns said.

“Friends and family, people I haven’t talked to in 20 years were calling me,” Stearns said. “It’s pretty cool that it’s brought people together and bringing a positive to the policing world.”

He even made an impression with some of the Tampa Bay Buccaneers.

“After the game, a couple of the players, Mike Evans and Antonio Brown came through my gate that I was working to get on the bus. One of my fellow deputies mentioned I was ‘the guy’ and Mike Evans thanked me and said ‘thank you’ for helping out on the field and for everything you do,” Stearns said.

Stearns says it’s been a few years since he made a tackle like the one on Super Bowl Sunday.

“I was a little sore," he said. "I definitely felt it from the hit. But it was worth it.”

It’s a moment that will live on through social media.

Stearns just wants to clear up one controversy, saying the streaker never made it to the end zone.

“No. He did not,” said Stearns with a smile. “Some people say he did, but I definitely think he was short. And that’s what helped the Bucs win.”