A view from inside the Super Bowl LV flyover 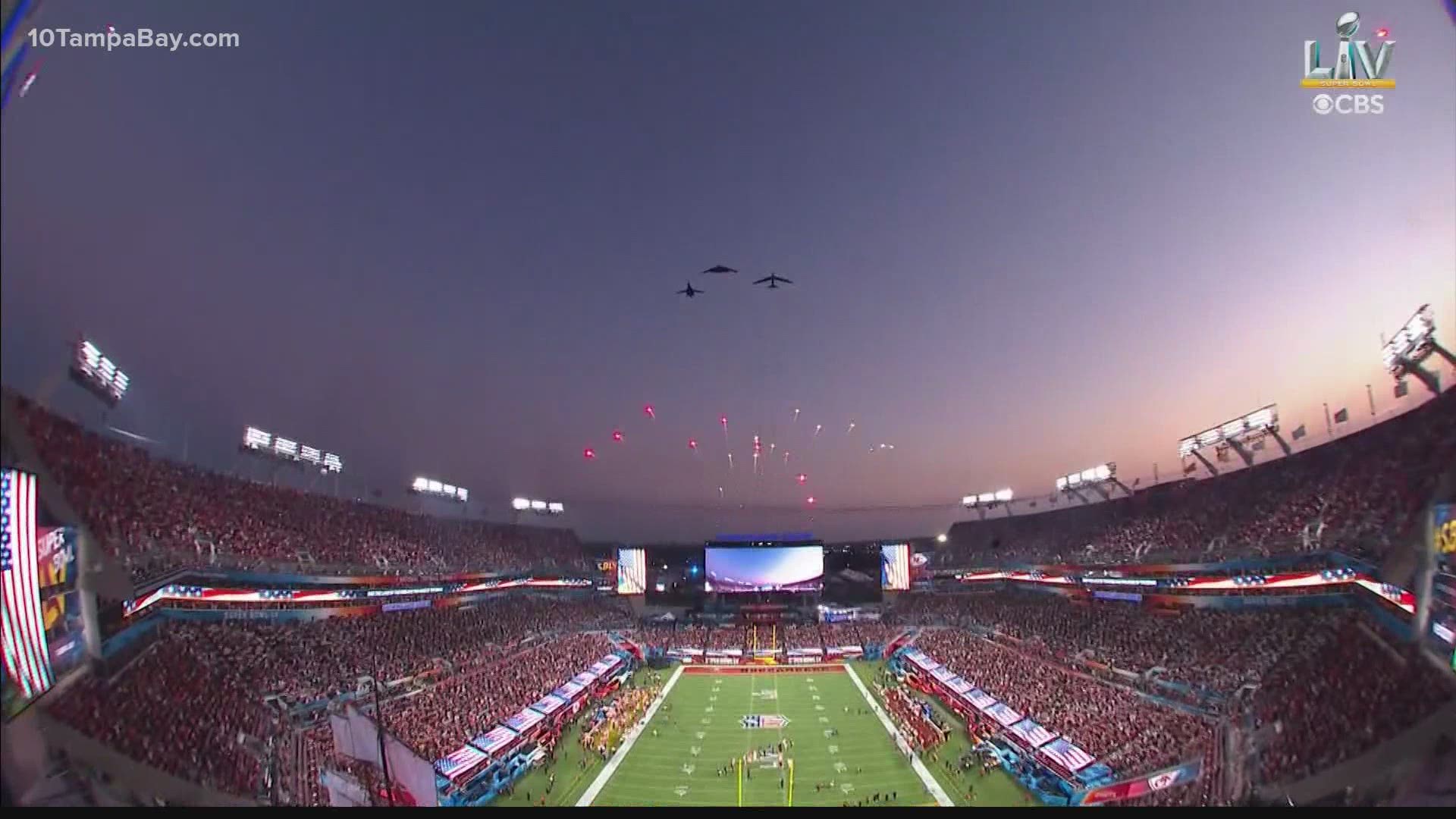 The same is true for the pilots and crew involved in the historic bomber trifecta flyover put on by the U.S. Air Force Global Strike Command.

It was a sight to behold from the ground and for the men and women in the sky, unforgettable.

As Eric Church and Jazmine Sullivan hit the final note of the National Anthem, the three bombers came right on time.

“Our mission is to be able to be anywhere in the world at a certain time. And, we did that we were told to be there, right over that note, and we got all three bombers across right when we're supposed to and we shacked that timing,” said Capt. Abraham Morland.

Morland was piloting the B-1 out of Ellsworth Air Force Base in South Dakota.

He says he was focused, but once they hit the mission mark with the historic flyover of Raymond James Stadium at the precise time, there were definitely air high fives between the three crews.

The crews in the air and on the ground had coordinate formation, proper distance in the sky, speed and timing.

“I saw fireworks going off. And I knew we were just about to fly over the Super Bowl, which was insane. It was probably the coolest thing I've ever done in the Air Force,” said Morland.

Lt. Alex Sisco was on the B-52 based out of Minot Air Force Base in North Dakota.  He says he could hear Tampa Bay cheering.

“Yeah, I could. I could hear them over the radio. And we could see them in our sensors on the airplane,” he said.

Sisco is a weapons system officer. From inside the B-52, they could see Tampa Bay below, the B-1 bomber to the right and eventually straight-ahead: Ray Jay.

The bombers are part of “Global Strike Command” – a command of the nation’s bombers and ballistic missiles that work together to run operations around the world.

“We’ve got airmen out in the missile fields 24 hours a day, seven days a week defending our nation,” said Carla Pampe.

Pampe is the chief of civic outreach for the Global Strike Command. She actually came up with the idea four years ago after seeing the three bombers fly together at an air show.

“I guess the NFL was looking to do a little something different with COVID. And the kind of year that we've had, and it just worked out that that they pitched the idea and they loved it. And it worked out great,” she said.

Not only that, Pampe said this flyover was a way to demonstrate during Super Bowl LV what the aircraft and the crews involved do daily and to inspire future generations.

“That's one of the aims of our flyovers is to inspire the younger generation of possible, you know, future aviation enthusiasts, and to show them that they can do this. You know, as you know, the B-2 lead pilot was a female, she was a reservist. So that tells little girls that they can do anything they set their mind to,” she said.

The bombers went on to use the time in the sky to train together.

As for the bombers adding up to 55, as in Super Bowl LV, Pampe says that was just a coincidence.

“The Super Bowl LV, the total (55) was actually a coincidence. A happy coincidence for us,” she said.