Mike Evans on ever reaching the Super Bowl: 'I've had some doubts'

In his first six seasons as a Tampa Bay Buccaneer, Mike Evans never once got a taste of playoff glory. Until now. 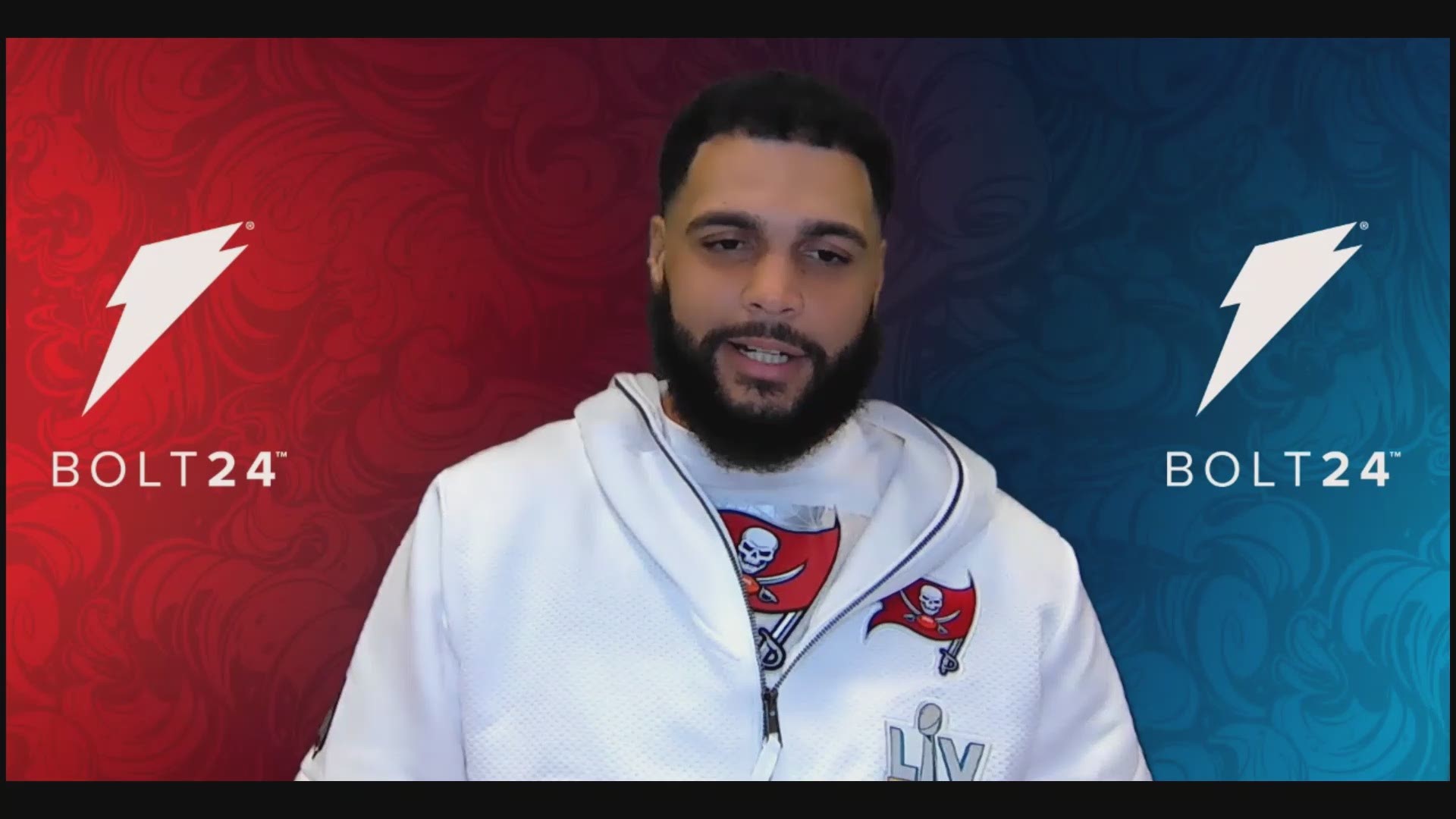 TAMPA, Fla — Before the Tampa Bay Buccaneers made history becoming the only team to ever reach a Super Bowl in their home stadium, the acquisitions of Tom Brady, Rob Gronkowski, Leonard Fournette and Antonio Brown were grabbing the headlines.

But there was one guy here all along who seemingly flew under the radar as the Bucs were making waves throughout the football world: Mike Evans.

And it's time we start paying more attention.

Evans is a career Buccaneer. During his seven seasons with the Bucs, he’s spent the last four with the honor of serving as one of the offensive captains for his team.

He’s also put together a start to a career that nobody else in the NFL’s 101-season history can match.

He completed the 2020 regular season with 1,006 total receiving yards. That feat put him in a league of his own, becoming the only player ever to open a career with seven straight 1,000-yard receiving seasons. In his rookie campaign, he had 1,051 receiving yards. In 2018, he had 1,524 receiving yards, the most of his career in a single season.

Despite his historic success, however, the Buccaneers were going through some turbulent times.

So, it’s no surprise that Evans says he was unsure that he’d ever reach the Super Bowl.

“I’ve had some doubts, definitely,” Evans said at a press conference on Monday.

“We always had talent, it was just getting over the hump. You know, beating ourselves with dumb penalties and things like that,” he continued.

This year, they didn’t just get over the hump, they steamrolled their way through it in historic fashion.

Evans scored a career-high 13 touchdowns in the regular season en route to his first taste of the playoffs. The Buccaneers finished with 11 wins, nine more than they finished with in Evans’ rookie year. They won three straight road playoff games to wind up making the Super Bowl in the familiar confines of Raymond James Stadium.

Evans credits the team that was built around him for getting where they are today.

“Our front office did a great job putting this team together, this unbelievable team and you know, we’ve been working hard,” the 27-year-old receiver said.

Having the greatest quarterback of all time in Brady certainly helped, and Evans spoke to how his presence has made an impact.

“[Brady] just simplifies the game for us, he makes it so easy to communicate. This year, we’ve had the lowest amount of mental errors that I’ve ever seen, that I’ve ever been apart of on the offense, and that’s a testament to him and his knowledge. He puts us in situations to make the game simple for us,” Evans explained.

Of course, Brady deserves a ton of credit. But a quarterback is often only as good as his receiving core allows him to be; and when you have a guy like Evans on the receiving end of your passes, your chances of success skyrocket.

So, despite the headlines at the beginning of the season and the pomp and circumstance surrounding a Super Bowl appearance, Evans has been a guy who has experienced some of the lowest lows who now gets to experience football’s greatest high.

And as the Bucs take the field against the Kansas City Chiefs on Sunday, remember one thing: