Many of the materials used during Super Bowl week are donated to various organizations. 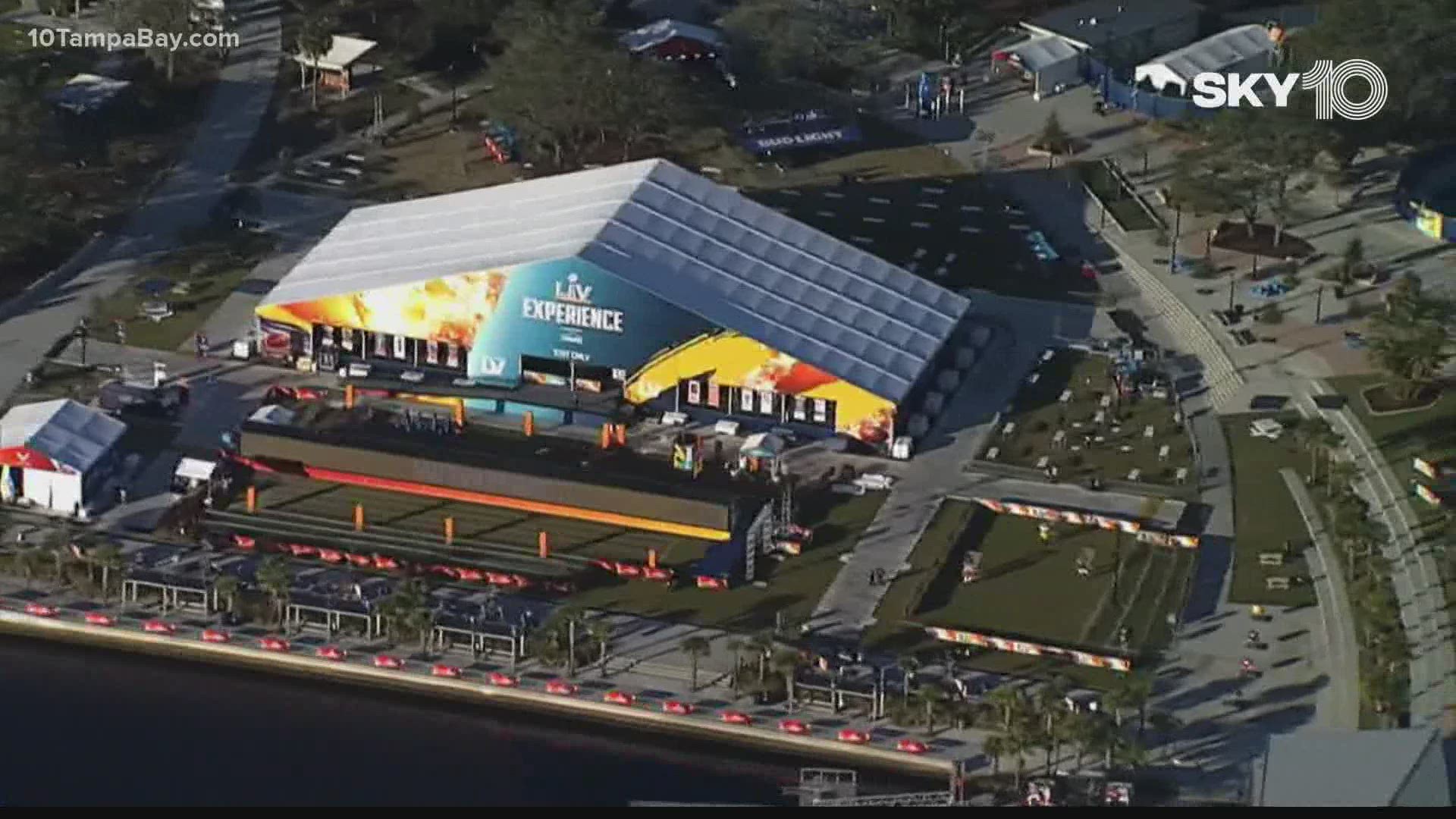 TAMPA, Fla. — Think about all the Super Bowl 'stuff' you've seen in downtown Tampa and all the stages and sets that were built just for this huge event. Have you ever wondered where all that goes?

For starters, all the banners hanging downtown on just about every streetlight will be taken down at some point, and Jack Groh, the Director of NFL Green, says those will make nice souvenirs.

"The street banners typically go back to the host committee and the host committee will use them for little thank you gifts for supporters and partners and staff and things like that. And, there will still be some left. After that the ones that are left, we donate those to local agencies and organizations," Groh said.

There's also the building materials like lumber and bricks used to build CBS Super Bowl sets and stages. Much of that will go to Habitat for Humanity. Extra office supplies and PPE will be sent to The Boys and Girls Club. CBS Sports donated four pallets of fresh food from its catering area to the Tampa Bay Food Bank. Even the mini football turf from CBS Sports' exterior pregame set was donated to ZooTampa at Lowry Park.

"We send an inventory out to them early on. We did this months ago and told them this is the kind of material we think we're going to have, what can you use? And then we give them some ideas for how they can use it," Groh said.

This is something the NFL has done since Super Bowl XXVIII and it's a process Groh says they try to improve every year.

"The first thing is we want to reduce our footprint, reduce our environmental impact that we have on a city. And the second piece of it is, how can we leave things even better than we found them? Can we create legacy projects?"