Super Bowl banners up, preps in full swing as game day draws near

As Tampa Bay transforms into Super Bowl city, the Bucs are staying laser focused on the NFC Championship game. 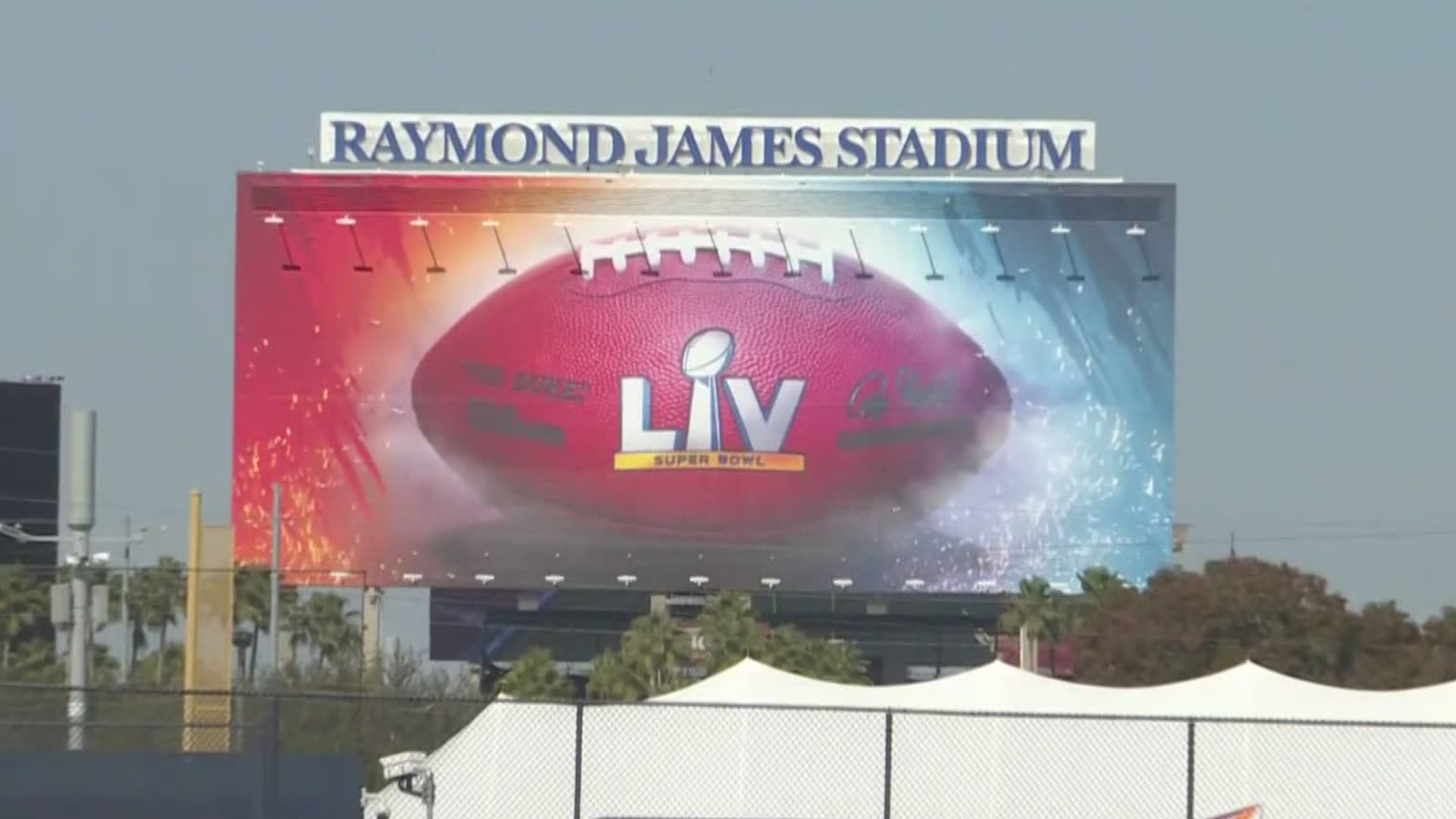 TAMPA, Fla. — Super Bowl LV preparations are in full swing with just over two weeks left until gameday. You may have noticed Raymond James Stadium getting a big makeover too.

"The build around the stadium campus is really starting to happen and it's cool to see this tangible progress," Tampa Bay Sports Commission Executive Director Rob Higgins said. "When you're hosting one of the biggest events in the world, everybody wants to put their best foot forward to make sure we shine."

As Tampa Bay enters the homestretch to prepare, we're seeing progress in all areas. And, as people start to solidify their gameday plans, the final ticket count for the game is still up in the air.

"The capacity is still to be determined. We have been in contact with the NFL and government officials to help make that determination. Every decision is made with health and safety as the driving matter," Higgins said.

"Yea, we don't play the Super Bowl game this week. That's the message to everybody. We play the Packers in the NFC Championship game. If you start thinking about the Super Bowl you are going to get beat and be packing your bags come Monday," Tampa Bay Buccaneers coach Bruce Arians said.

Hope is running high throughout the bay area that the Bucs will be able to play in the Super Bowl in their home stadium. In the meantime, last month the JW Marriott opened to help accommodate Super Bowl week crowds.

"The Super Bowl is the biggest stage we could ever be on and the finish line is in sight on February 7. I know all of team Tampa Bay is going to do their best to make sure we shine like never before," Higgins said.

Another fun fact, this is the fourth time in NFL history the Super Bowl was hosted in the same state back to back years, last year it was in Miami.