It all comes down to: 13 minutes, millions of dollars and the publicity that comes with performing on arguably the nation's biggest stage. 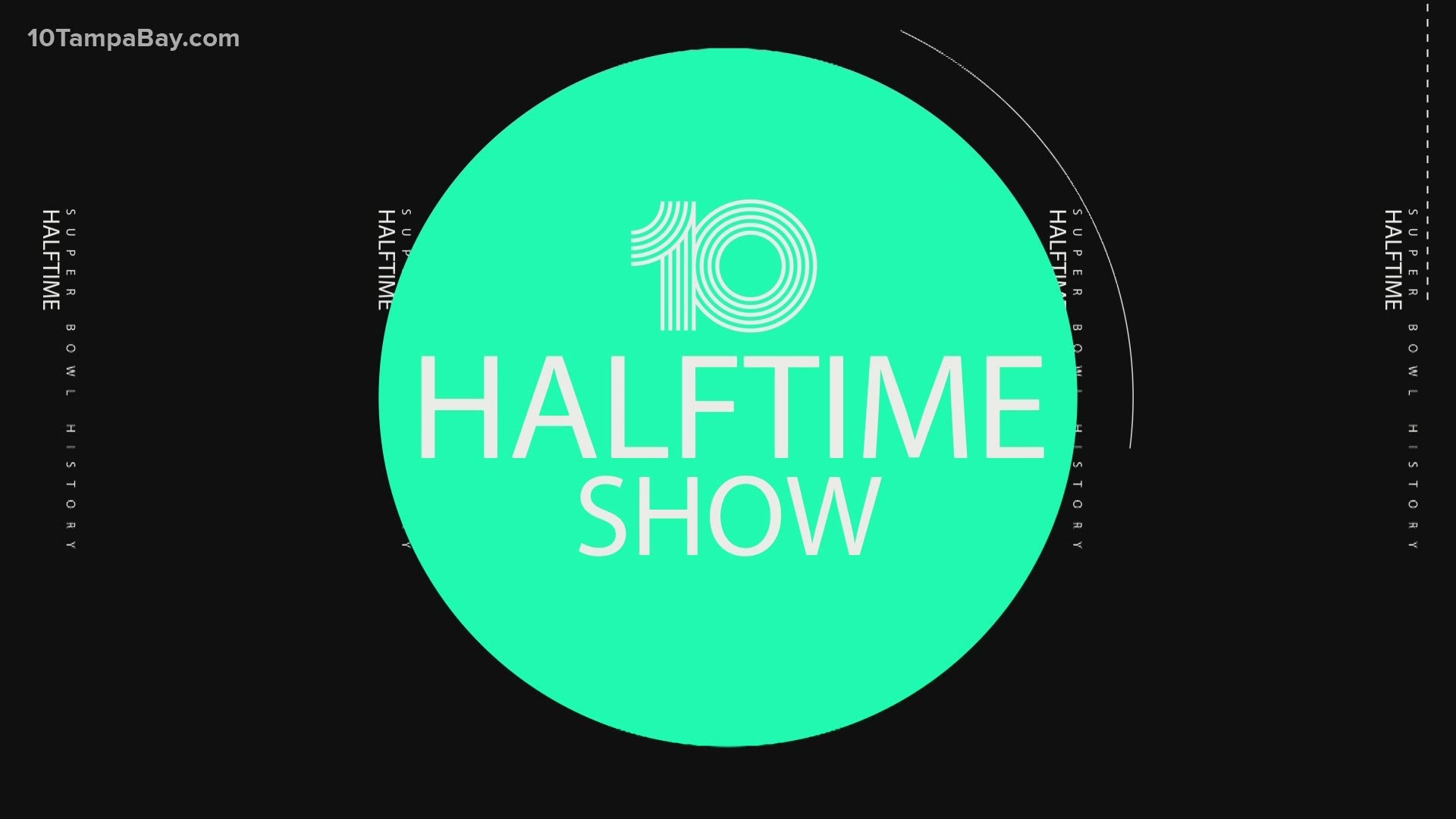 TAMPA, Fla — The Super Bowl halftime show. It's one of the most dazzling, elusive and expensive shows that graces the TVs of fans across the world. So, how much does it cost and how does it all work?

For Super Bowl LV, three-time Grammy award winner The Weeknd is set to take the stage and while the grand total of what his performance will cost is not yet known, the singer has put up $7 million of his own money.

Talking to Billboard the singer said he fronted his own money to both "make this halftime show be what he envisioned" and to "[focus] on dialing in on the fans at home and making performances a cinematic experience."

And while $7 million might seem like a lot of money it's not the heftiest price tag a halftime show has seen.

Reuters reports last year's show with Jennifer Lopez and Shakira rang in at $13 million, making it a million-dollar-a-minute performance. Lady Gaga's 2017 performance where fans saw a prerecording of her cascade down from the top of NRG Stadium wasn't far behind with a cost of $10 million, according to Yahoo finance.

But not all halftime show performance pack as large of a sticker shock. Fans might be surprised to know Beyoncé's 2013 performance where she reunited Destiny's Child only cost the NFL $600,000, according to Forbes.”

Footing the bill for these performances in lieu of a paycheck for the artist is the NFL.

“We do not pay,” said NFL spokesperson Brian McCarthy in an email to the outlet. “We cover all expenses associated with the performance."

You don't need to feel bad for your favorite artist though; it appears they're able to cash-in through a bump in sales and streaming post-performance.