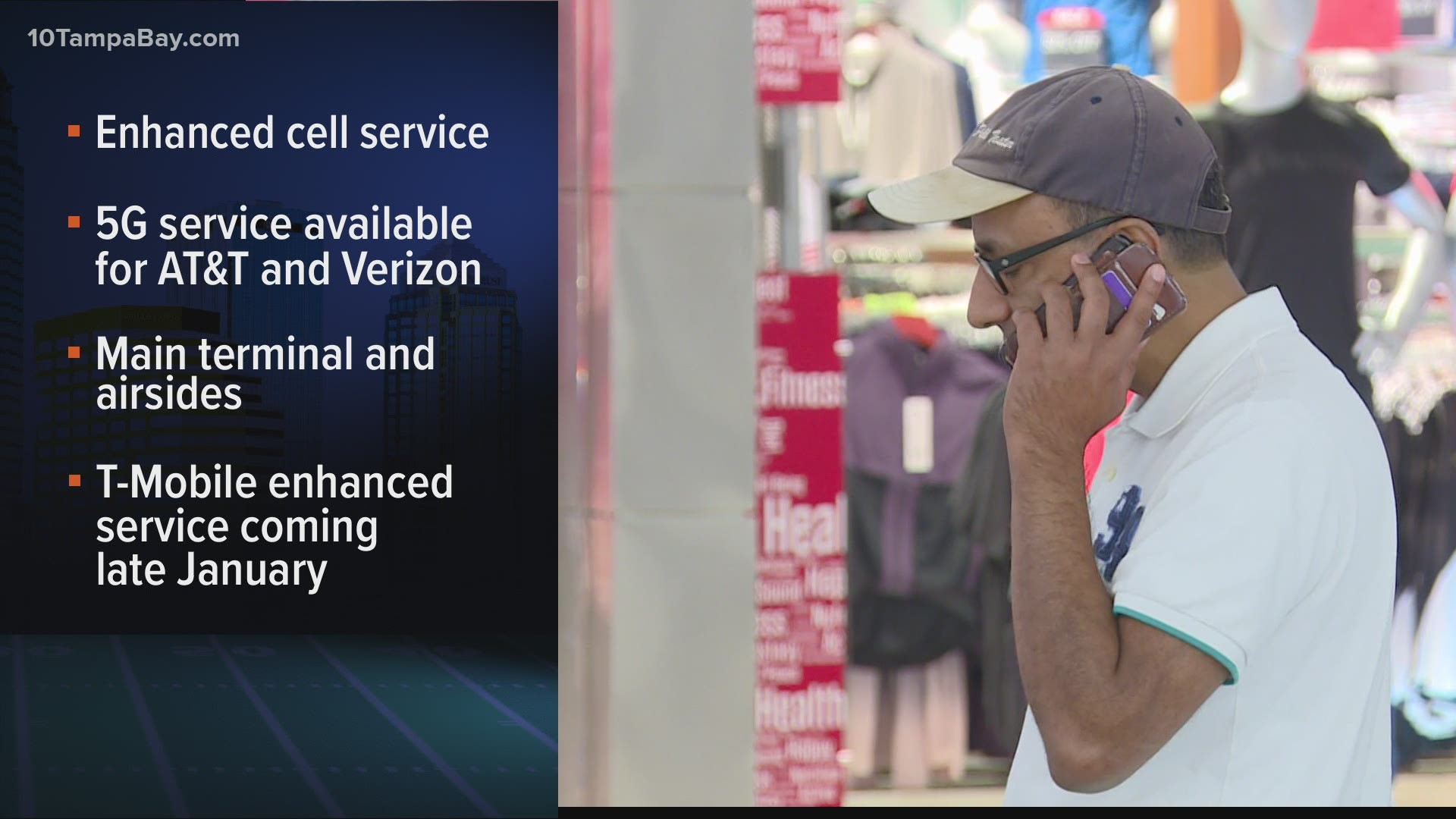 And, the technology improvements come just in time for Tampa to host the Super Bowl on Feb. 7 at Raymond James Stadium.

Starting Thursday, 5G service is available for AT&T and Verizon customers in the main terminal and the airsides. T-Mobile customers will be able to access the enhanced service in late January.

The airport says this is the result of a two-year distributed antenna project that involved the installation of about 800 antennas across the airport's property. Crews ran roughly 50 miles of fiber and copper cables.

Guests without 5G devices will still see improvements to their 4G speeds and better cell coverage around the airport.

"We're connecting customers at speeds that are off the charts by today's standards," Brandon Taugner, TPA's director of ITS Enterprise Operations & Client Services, explained in a news release. "With 5G, you'll be able to download up to 2 Gigabits per second. Very few people have that – not even in your home."

To put the speeds into perspective, the airport said a 5G phone could download Martin Scorsese's 3-hour-and-30-minute movie "The Irishman" in as few as two seconds. Television fans would be able to download all episodes of "The Queen's Gambit" in as little as seven seconds. Mobile speeds for people with 4G service have improved enough that you could download those same two pieces of entertainment in about 35 seconds and less than 80 seconds, respectively, the airport said.

The distributed antenna system was installed by Crown Castle, the nation's largest provider of communications infrastructure, which began work in 2018.

"The system is expected to generate approximately $500,000 in revenue per year for the Hillsborough County Aviation Authority over the life of the contract," the airport wrote in a news release. "The Authority did not bear any of the costs for the installation of the system."