'It was a rush': The Weeknd Super Bowl halftime show performers share their experience

Performing on arguably the world's largest stage has its perks.

TAMPA, Fla — What would you say if you were tapped to perform in The Weeknd's Super Bowl LV halftime show? If you're Alex Dorsey II and Vincent Lucas, the answer is an easy one -- yes.

The two seniors at the University of Tampa are members of Sigma Lambda Beta, which was contacted by a performer's organizer for the dazzling halftime show to offer spots as volunteer dancers.

According to Dorsey II, in their casting, they were looking for diversity, coordination and people who could keep up with the performance.

And the two fit the bill perfectly, along with others brought in from across the Tampa Bay area, to help bring the roughly 13-minute show to life. But there were even some out-of-staters in attendance. Lucas said during his time working on the project, he met others from the Bronx and Chicago.

So, what does it take to get ready for one of the nation's most top-secret, costly and exciting performances? Lots of practice.

The duo said they began preparing two-and-a-half weeks ahead of Super Bowl LV. It started with being sent choreography videos to review before rehearsals. Performers would then meet every other day to perform at an offsite location until the week leading up to the game when they moved over to Raymond James Stadium.

Meeting The Weeknd was an unforgettable experience, especially because their first encounter with the three-time Grammy award-winning artist, who put $7 million of his own money into the show, was a total surprise.

“The first time that we met him we did not know he was coming to the stadium that day,” said Lucas, adding that they thought it was a normal rehearsal. “And then we see on the screen that [The Weeknd] was singing and it was like ‘wait is this a recording?’ Cause nobody told us anything and then we turned around and we're like, ‘Oh it’s The Weeknd.’"

For Dorsey II, being a long-time fan of the artist made the moment all that more special.

“It all felt so surreal," he said about meeting someone he has supported for nearly five years. “To be presented with an opportunity like this to actually be able to perform with him, that was just crazy.”

The Weeknd came over to his group specifically to share his appreciation for their hard work. Dorsey II says he even got to give the singer a high-five.

“You can really tell he genuinely cares about his fans and the people who work to make his performances look really good," he said.

Performing in one of entertainment's most demanding shows is hard enough, but add a pandemic into the mix and it can feel nearly impossible.

Lucas says a lot of people were surprised to hear about the halftime show due to COVID-19 protocols, but at the end of the day, he says everyone did their part to stay safe and socially distance.

Super Bowl Sunday was a whirlwind from wardrobe, to last-minute rehearsals, and waiting in the tunnels for their moment in the spotlight.

“It was so crazy, I will say that. When we got there everybody was so hyped up, like, we were about to go on the field and perform," Lucas said.

It's a sentiment that Dorsey II echoed.

“The show itself, it was like a rush really. I could barely remember specifics about it, it just went by so quickly," he added.

What just might have been even better was getting to share the news with friends and family as everything was kept tight to deliver on The Weeknd's desire for the show to be a surprise.

“They knew that we were a part of a really historic event during an unprecedented time and to see that sort of joy being spread around at a time that people really needed it, that in and of itself, was a really good feeling," Dorsey II said. 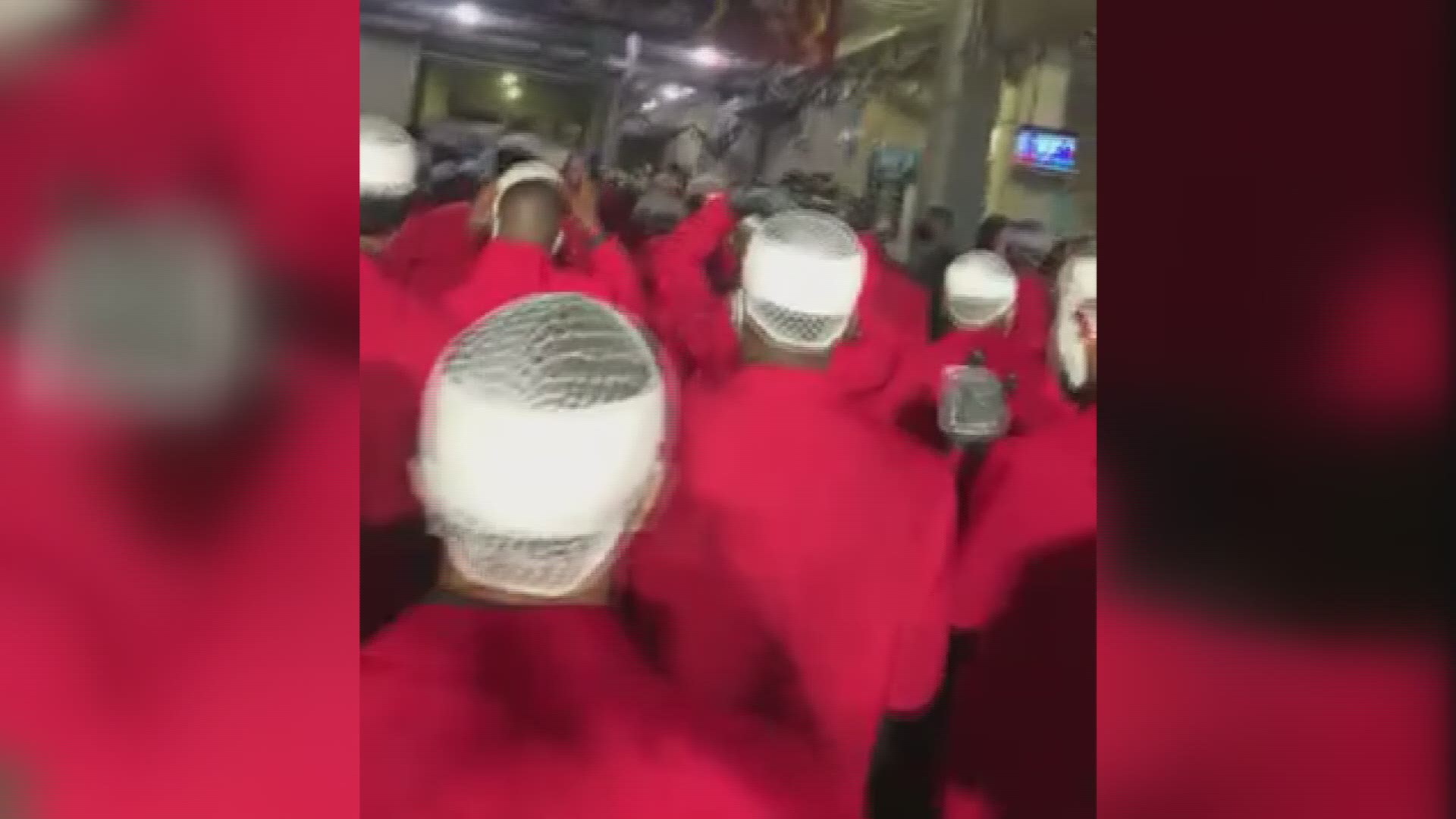 The two's background stems from historically Black fraternity and sororities where strolling and stepping have both "ancestral roots in Africa and Civil Rights Movement roots here in the United States.”

Through their fraternity, they've held showcases, made new strolls and choreography and just got creative over the years. Coming from an organization that celebrates diversity, its inclusion in the halftime show was important to both Dorsey II and Lucas.

“To be able to feel as though I helped to uplift people, raise some spirits, in a sense, during a time when people really needed it. That makes all the difference for me and especially because the coordinators put such an emphasis on diversity,” Dorsey II said.

It reinforced the message that no matter who you are or where you come from, all you need to do is dream big and go after what you want.

“It doesn’t matter what background you come from you just have to dream big. I did it because especially for me coming from a really diverse background, coming from a small island in the Caribbean it was just like a one-time experience just to come here and then perform in the Super Bowl Halftime show," Lucas added.

It's an experience neither is soon to forget and rightfully so.

still buzzing from last night. i couldn’t stop smiling the whole performance. thank you @pepsi @NFL @RocNation for believing in me to bring a fresh new take on the halftime show. XO we did it ! ❤️