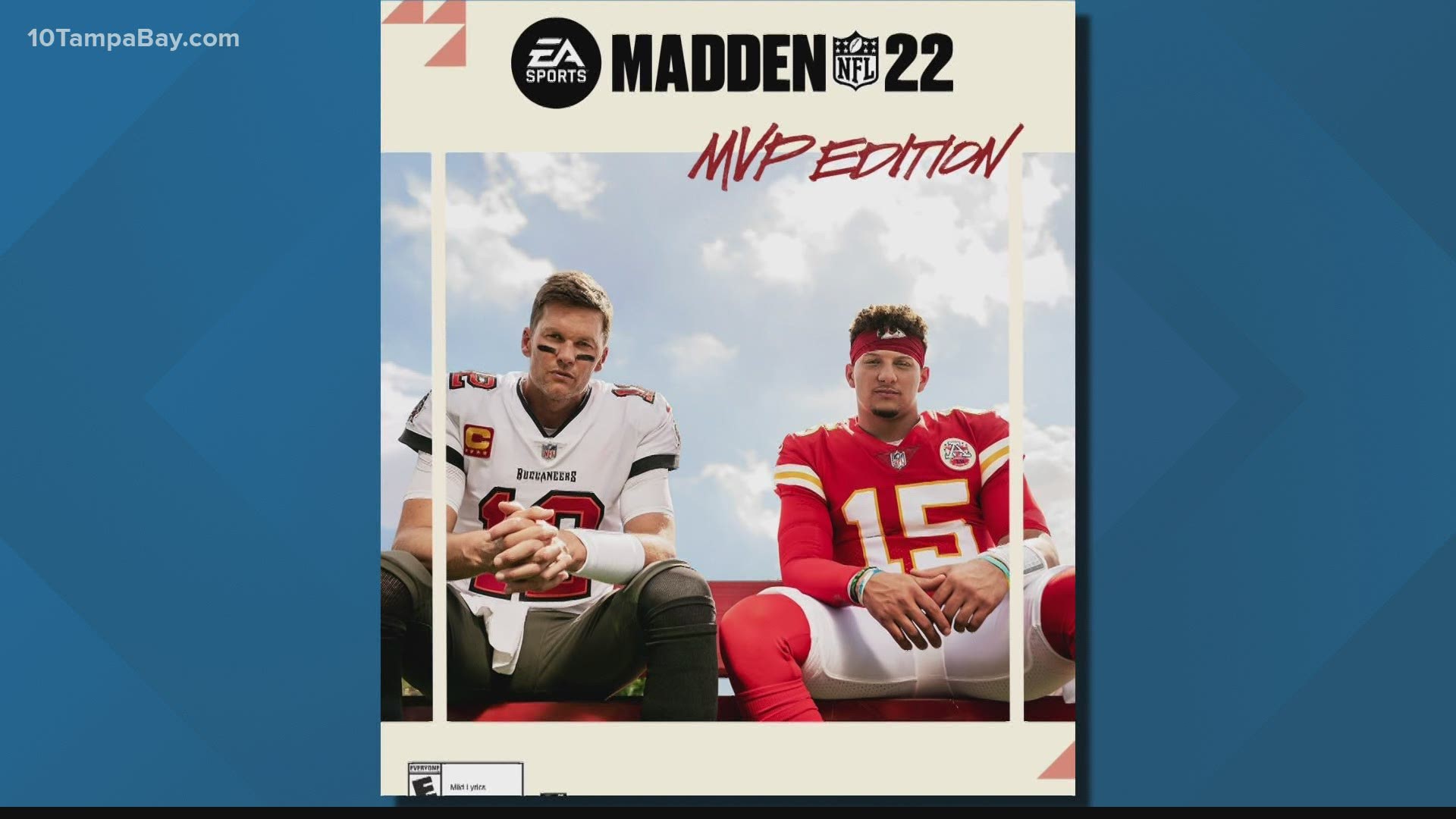 Tom Brady and Patrick Mahomes are on the cover of EA SPORTS Madden NFL 22.

Though Brady bested Mahomes in February at Super Bowl LV in Tampa, both quarterbacks are previous Super Bowl champs, MVPs and sports legends.

“It’s a great experience being on the cover of Madden NFL 22 with Patrick. We both share a love for the game of football and to be a part of this iconic franchise is very special,” Brady wrote in a statement.

At least one NFL star has made the front on EA Sports' video game each year since 1998, writes CBS Sports.

Brady, a seven-time Super Bowl winner, said this year's game captures "the energy and unpredictability" fans see on the field on Sundays.

“I, like most players in the League, have been a big fan of Madden NFL for as long as I can remember, and to be on the cover - not only for a second time, but also with Tom Brady, an all-time great - is surreal,” Mahomes added.

But, for some superstitious Bucs and Chiefs fans, Brady and Mahomes being featured isn't ideal. That's because of the so-called "Madden" cover curse, which CBS Sports examined back in 2019.

"The apparent and infamous jinx goes like this: The player featured on the cover of Electronic Arts' annual NFL video game is doomed to encounter something bad -- poor luck, a decline in play, or maybe a serious injury. It's superstition at its finest," CBS wrote at the time.

EA, of course, has previously denied the existence of any curse. But, it's sure to be a talker nonetheless.

Madden NFL 22, which was developed in Orlando, is going to be available worldwide on Aug. 20.

RELATED: Living the 'dreams': The Navy and the NFL