Newly named captain Dwayne Haskins made improvements this offseason and has stepped up as the team's leader. 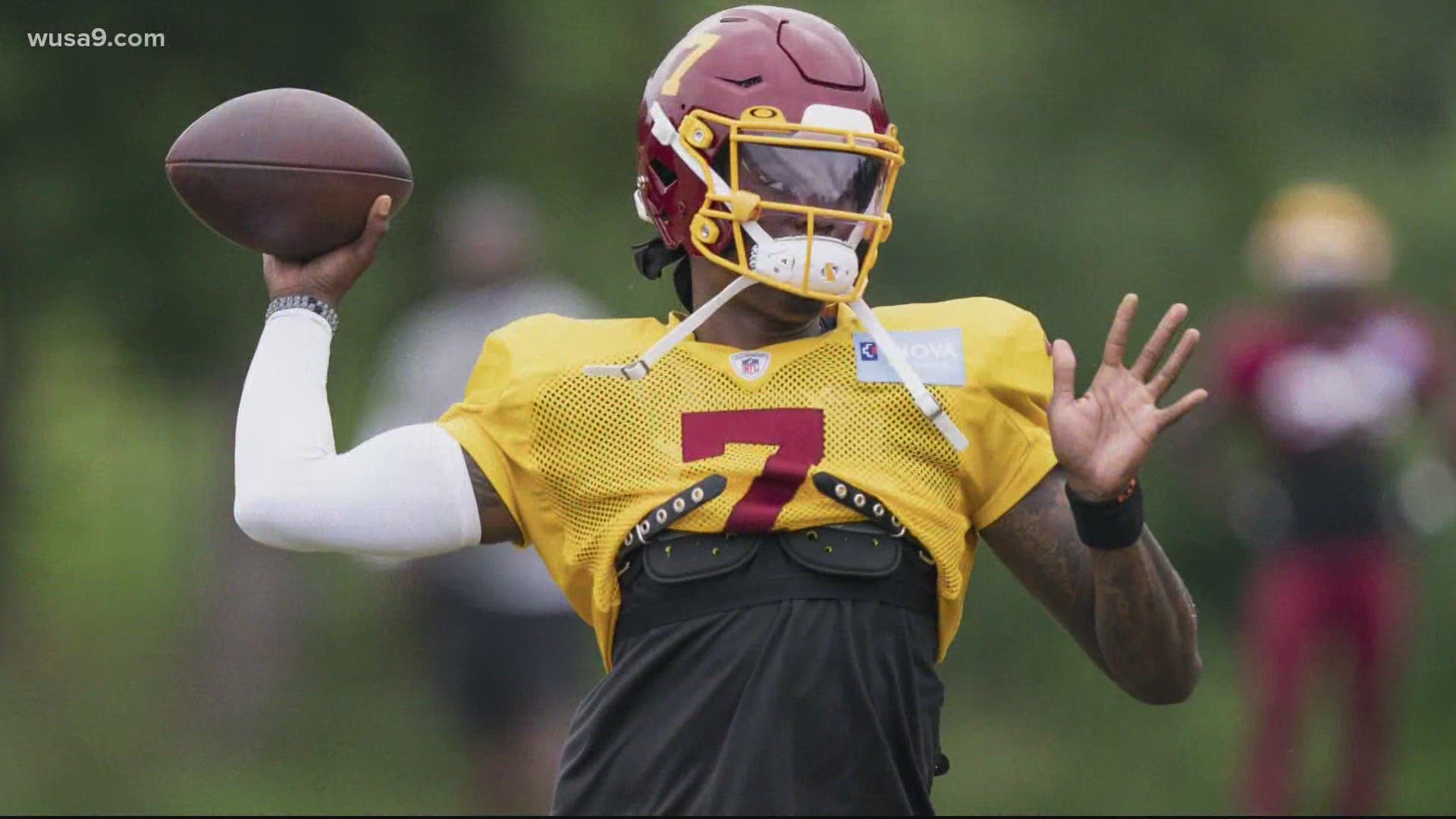 WASHINGTON — Statistically, the best game of Dwayne Haskins' young NFL career was last December against none other than the Eagles. He threw for 261 yards, had two touchdowns and zero turnovers, but the team ultimately lost 37-27.

Haskins said he isn’t taking anything except confidence from that outing. It's a new season, with a new roster, and he's the starting quarterback, a newly named team captain and ready to lead.

“That last [Eagles] game last year was just me getting my feet damp, I wouldn’t even say wet," Haskins said. "Just not forcing plays out on the field, for me to make plays with my feet and calling plays in and out of the huddle. The whole game was my first game where I felt confident."

In 2020, Haskins has been on a mission to prove to himself, his teammates and his coaches that he is the leader the team needs. He worked out constantly this offseason, lost some weight and made football a priority.

“The energy that I bring to practice is better than it was last year, my demeanor overall, and just me having more confidence in myself," he said. "Having my coach believe in me, gives me more confidence on the field, so I'm just trying to find ways to win games and make plays. I feel like we’re doing a good job figuring out ways to make those things happen, and hopefully it comes out on the field Sunday."

Manifestation is real. I mean ask the 13 year old me 🤷‍♂️ https://t.co/JYQdI7TCLs

Coach Ron Rivera saw what he needed to see in Haskins throughout camp and practices, and said he has complete faith in his starting quarterback come Sunday.

“No matter what happens, they're ready to play," Rivera said. "How well we will play? Well, we will find out. What’s made me believe that they’re ready to play, is how they have practiced. You are looking for them to try to practice as close to game mode as possible. We’ve had a number of good practices. We won’t know until we play on Sunday."

I remember when I was 11, couldn’t imagine losing my life and my family. Prayers up, rest in heaven young king ❤️🤙 https://t.co/bUISCOoJbF

Haskins will also bear the name of Davon McNeal on his helmet on Sunday. Davon is an 11-year-old boy who was shot and killed after a July 4th cookout in D.C.

"I remember when I was 11, couldn’t imagine losing my life and my family," Haskins tweeted. "Prayers up, rest in Heaven young king.”