Lightning even up Stanley Cup Final vs. Stars with 3-2 win

The Tampa Bay Lightning head into Game 3 with the series tied at 1-1. 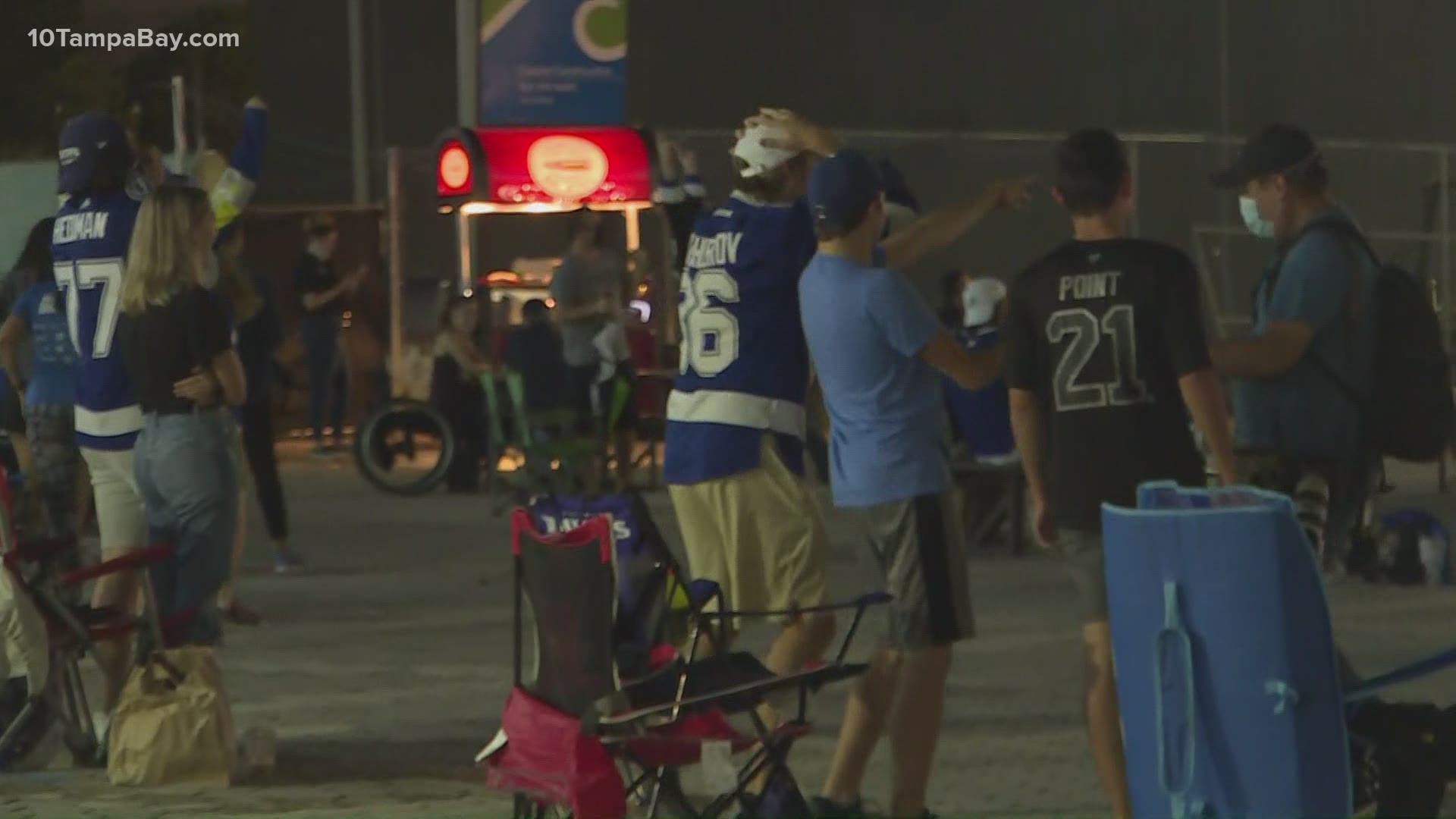 See the latest updates below, including the game preview:

And breathe! Lightning beat the Stars 3-2 to tie the Stanley Cup Final series 1-1.

That might have been a score, but the Lightning were offside. We're still 3-2.

A one-goal game, it's 3-2: The Lightning now are up by one after that Stars' goal.

Uh oh 👀 The Stars get another and the @TBLightning lead is cut down to one. #GoBolts #TBLvsDAL #StanleyCup

The third period begins with the Lightning leading 3-1.

The Lightning were a little quieter in the second period but still have a lead. It's 3-1.

Joe Pavelski gets the Stars on the board late in the 2nd period. It's 3-1 Lightning.

The puck has dropped and the second period is underway.

We’re back for the second!

The first period saw three Lightning goals in less than four minutes to make it 3-0.

Tampa Bay had 14 shots on goal over Dallas' six.

The Stars will open the second period on an abbreviated powerplay after Palat gets called for interference late in the first.

The Lightning have taken control in the first. Kevin Shattenkirk makes it 3-0!

Concerns about Tampa Bay's powerplay have been addressed. A second powerplay goal in the first period makes it 2-0 Lightning.

Ondrej Palat gets the goal. Nikita Kucherov and Victor Hedman get their second assists of the night.

The Lightning strike first after a powerplay goal from Brayden Point! It's 1-0 in the first period!

Game 2 between the Lightning and Stars is now underway!

The Tampa Bay Lightning and Dallas Stars are facing off in Game 2 of the Stanley Cup Final tonight.

Game 1 didn't go the Lightning's way, but the Bolts are still optimistic about their chances in the series.

The Dallas Stars beat the Lightning 4-1 Saturday night to take a 1-0 series lead. The Lightning outshot the Stars 36-20, but Stars goaltender Anton Khudobin made 35 saves, including 22 in the third period. The Bolts believe making a few more plays will help to turn the tide in their favor tonight.

"We've been able to bounce back, guys have learned from their mistakes," Lightning head coach Jon Cooper said Sunday. "Some of these games we've lost, we've felt that we were our own worst enemy in those games... We felt we made some errors and the other team capitalized on them."

One of those areas where the Bolts need to turn it around is on the power play. Going back to the Eastern Conference Final, they are 0-for-14 with the man advantage over their last four games.

Game 2 is a pivotal one for the Lightning, and a situation fans have seen before. The Lightning lost Game 1 of the 2004 Stanley Cup Final to the Calgary Flames, only to take Game 2 and win the Cup in seven games.