The Lightning goaltender sends the Bolts to the second round of the Stanley Cup Playoffs. 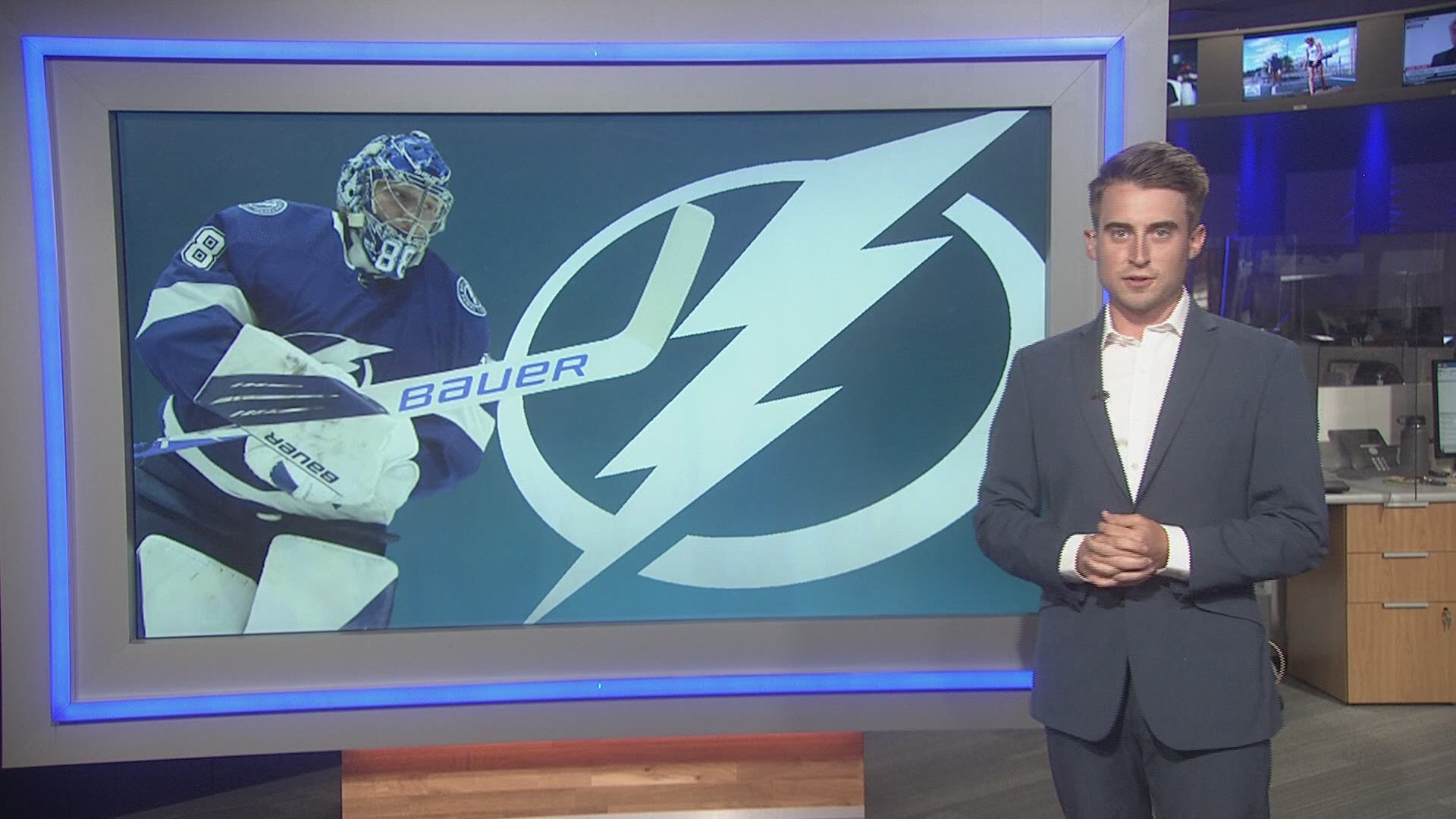 TAMPA, Fla. — 60 minutes of work, 29 saves, and no goals allowed Wednesday night for the man in net, Andrei Vasilevskiy. Game 6 against the Florida Panthers was one where the goaltender stole the show.

The Wednesday night shutout was the first of this postseason for Andrei Vasilevskiy. When we took a deeper dive into Bolts goaltender history it made the 5 shutouts Nikolai Khabibulin had in the 2004 playoffs seem all the more impressive.

Vasilevskiy is quickly climbing in the ranks of all-time Lightning greats as he follows up a shutout performance in Game 6 of the 2020 Stanley Cup Finals to bring the cup back to Tampa.

Andrei Vasilevskiy said it best about his latest performance when he referred to his old friend and mentor Ben Bishop following Wednesday night's win.

"I was like wow maybe one day I'll be like him, tonight's the day. Good for me," Vasilevskiy said during a post-game interview.

Andrei Vasilevskiy posted a shutout in another series-clinching win as the @TBLightning claimed the first Sunshine State showdown in six games.#NHLStats: https://t.co/CWWGyILkle pic.twitter.com/18SClohvgp